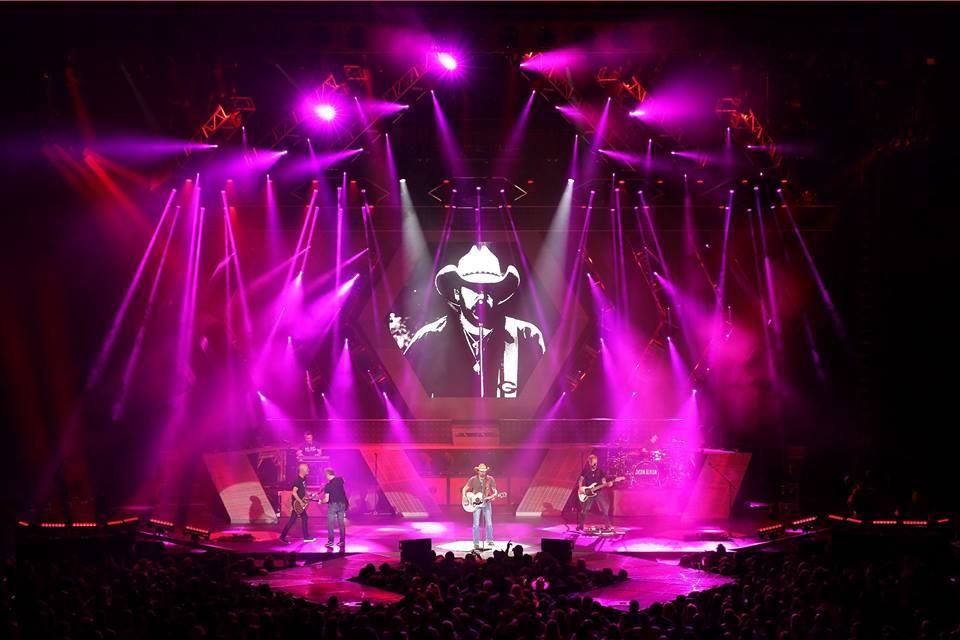 After 12 years, 19 Number One singles and untold touring miles, AMC Entertainer of the Year Jason Aldean isn’t about to take his foot off the pedal. The dust had barely settled from his 2016 “We Are Here” tour back in January, when he announced plans for his current 33-city “They Don’t Know” road show. At the time, the country superstar promised that his new tour would be bigger, bolder and brasher than anything he’d ever done before. 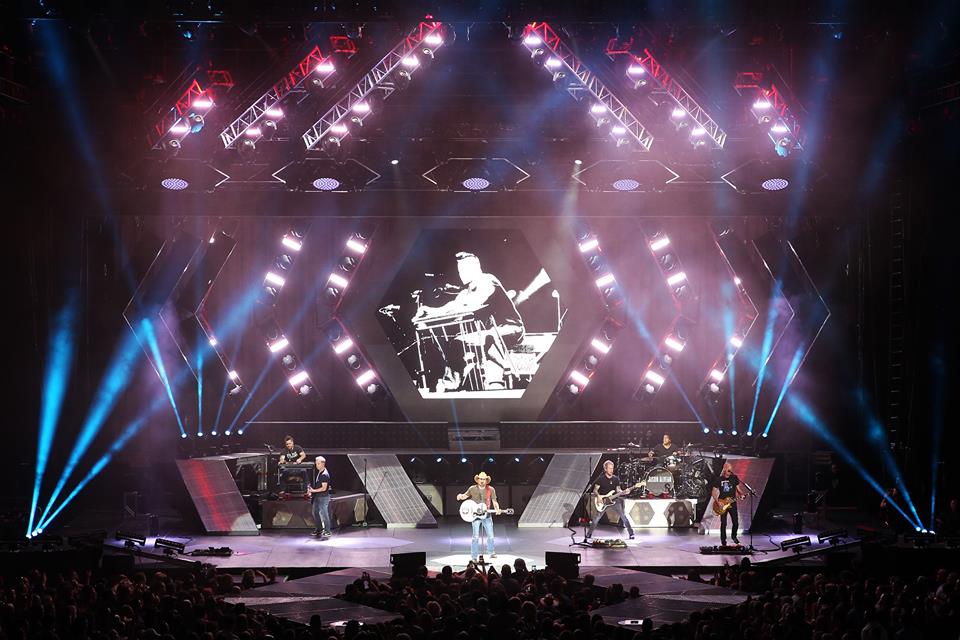 How right he was. Rolling through a 90-minute, 22-song set of old and new hits, Aldean has sold out crowds on their feet, with his animated stage presence and rip-roaring mix of hard-driving music. Supporting his performance and lending extra visual pop to the proceedings is a brawny and colorful Chris Lisle-designed lightshow, anchored by 118 CHAUVET Professional Rogue RH1 Hybrid moving fixtures supplied by Bandit Lites.

Lisle positions the 330W moving beam/spot fixtures throughout his massive rig to maximize their visual impact. “Generally speaking, the Rogues are clustered in groups of three to create the punchiest looks possible,” he said. “We have them on the upstage chevron trusses, the mid-stage finger trusses, and on the floor, where they excel as aerial effects.”

The Rogues, along with a collection of over 150 other luminaires, are all used to accent the hexagonal-shaped theme of Lisle’s design. Representing a hard-working industrial look that celebrates core American values, hexagons figure prominently in the set design, from the shape of the main LED video screen and IMAG screens at the wings, to the drum risers and side stage extensions, to five hexagonal automated pods, which are moved into different positions at various points in the show.

“My design concept is based off the hexagon, so I wanted to play off of that geometry,” said Lisle. “Aside from representing the hard-working main street values of the tour, the hexagonal shape allows us to position fixtures in ways that create some big looks by hitting the same areas with intense light from multiple directions. This arrangement also helps create a sense of depth on stage.” 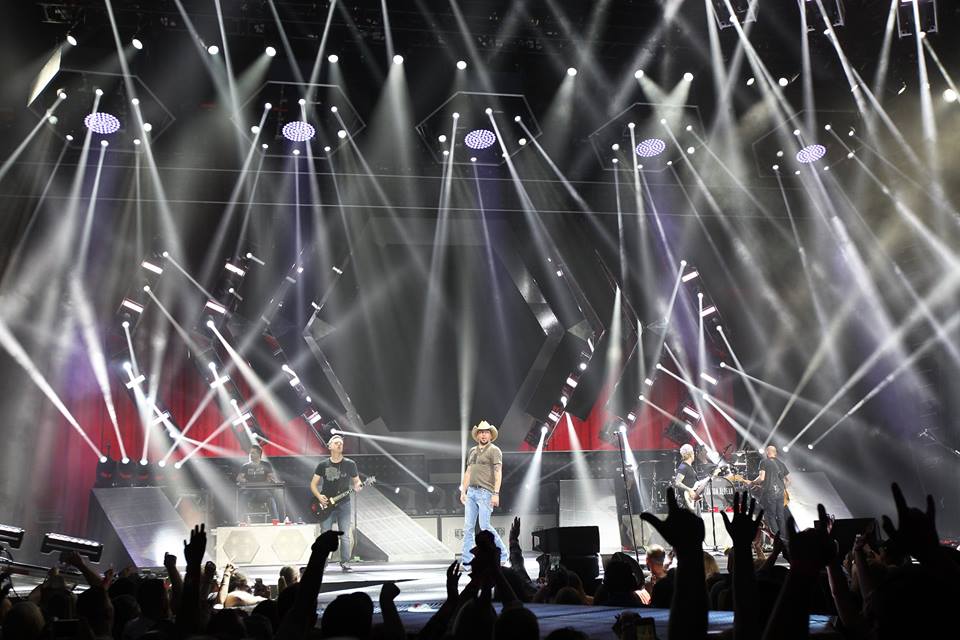 Lisle, who designed his show with WYSIWYG and then pre-vized in MA3D, says that the hexagonal theme also allows him to create a consistent look throughout the tour despite variations in venues. “This tour bounces from arenas, to amphitheaters, to festivals, so one of our main goals was to have a design that would work in a variety of places,” he explained. “Our crew deserves a lot of credit for navigating through all the different venues. Keith Hoagland, our lighting director, does an excellent job, as do our lighting crew chief Jonathan ‘Neppy’ Houle and the team of Sarah Eucker, Patrick Cowden, Scott Wesson, and Savannah Harden. Of course, the versatility of the Rogue Hybrids also helps a great deal in this regard.”

Drawing on this versatility, Lisle used the Rogue RH1 Hybrids to create an array of looks, bathing the stage in different colors, engaging the crowd with audience lighting and spotting Aldean for more intimate moments. “This is a show of big looks,” he said. “We keep up a high energy level and never repeat ourselves. The Rogues did so many different things that allowed us to get the looks we were after. They’re true workhorses, which really fits the theme of this tour.”