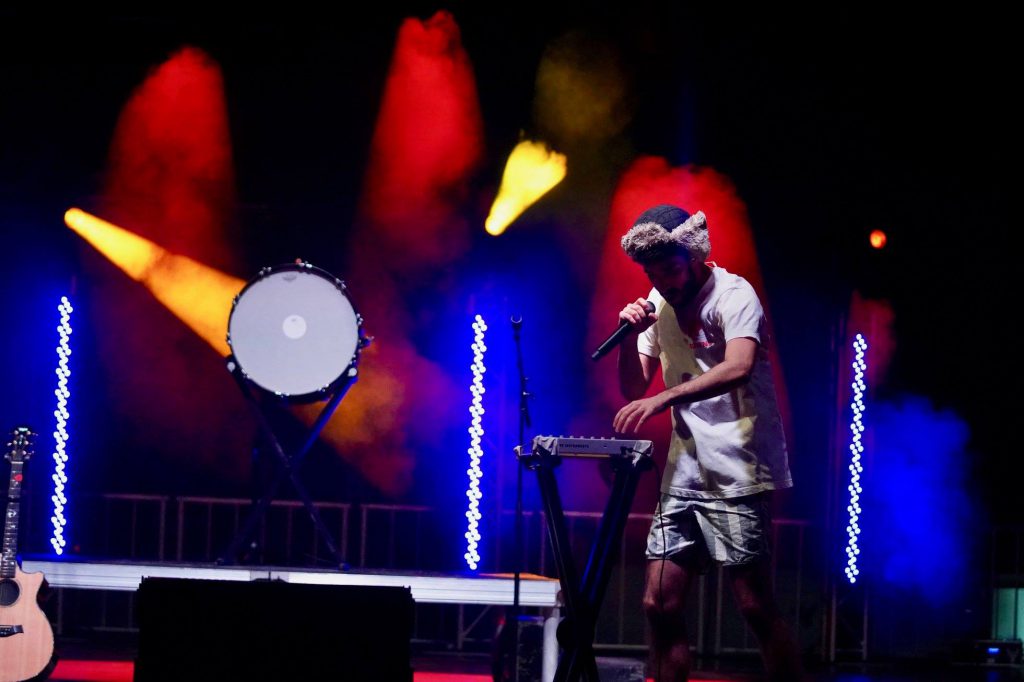 MIDDLETOWN, NY –   Platinum recording artists AJR got their start over a decade ago busking covers of hits by Simon and Garfunkel, Imagine Dragons and other artists in Central Park. The freewheeling band got to rekindle those improvisational skills in mid-July at the Orange County New York Fair, when the power suddenly went out during their performance.  Not missing a beat, they broke into an acoustic version of their set to keep the crowd entertained.

“Dynamic Productions, the producers of the event, did a great job responding fast and restoring power quickly,” said Jason Blends, the festival’s lighting designer. “But you had to be impressed by AJR’s quick thinking.” Also impressive was the nimbleness and responsiveness of Blend’s lighting rig, which was anchored by 12 CHAUVET Professional Maverick MK2 Profiles.

The county fair’s main stage hosted an eclectic mix of performers that, in addition to AJR, covered a wide range of artists, from electric pop mavens Big Data, to classic rockers Night Ranger and Vince Neil.  Whether used by Blends or one of the visiting LDs, the festival rig supported the varied mix of music with a dizzying array of gobo patterns, colors and beam effects.

“Given the proximity of this fair to New York City, it draws a very diverse crowd that includes urban, rural and suburban fans,” said Blends, owner of Jason Blends Designs. “This was reflected in the mix of entertainment.  You always want your rig at a fair or festival to be versatile, because you have so many different artists on stage and various LDs running the lightshow. Versatility was especially important in this case, which is one reason why the Maverick was such a logical choice. I could get a lot of different looks, along with an immense level of brightness, from only 12 fixtures.” 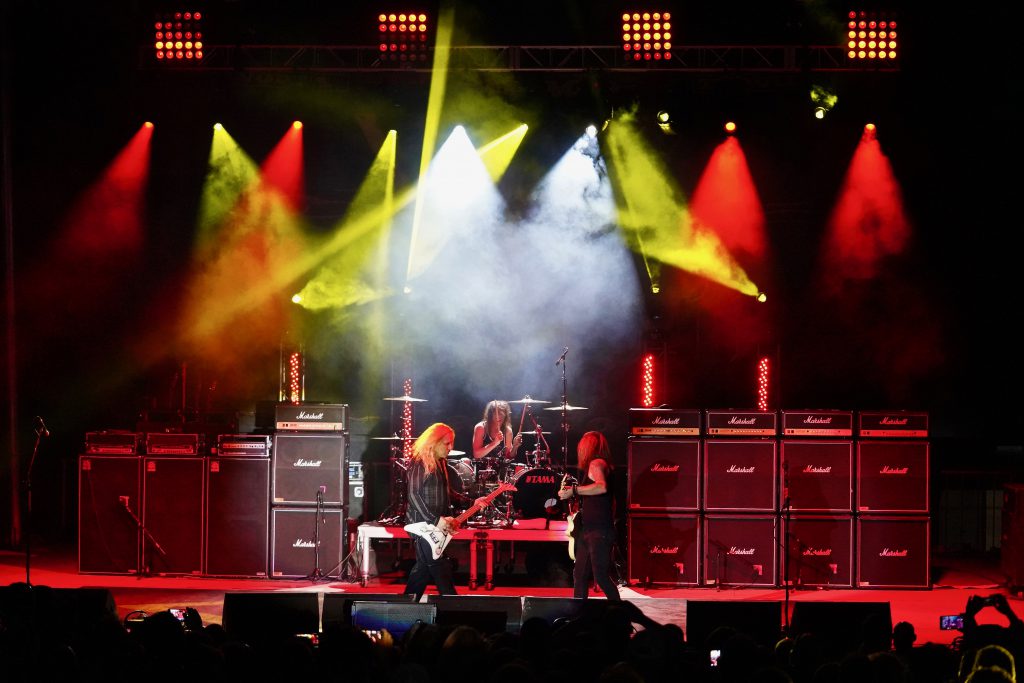 Blends flew six of his Maverick fixtures on upstage truss and six on downstage truss.  This provided complete coverage of the stage, allowing him to cover it with color and gobo patterns. “The Mavericks were definitely multi-purpose fixtures, which was important, since we had such a range of artists on stage,” he said. “At times, we used them for aerial effects, and their output definitely made them get noticed in these instances. We also relied on them as beams and audience light.”

The brightness of the Maverick MK2 Profile was impressive even during the day, according to Blends. “We’re often wary of using movers during the day because of how they don’t show up very well,” he said, “but it was cloudy during most of the fair and the Mavericks showed up fine.”

Also coming in for praise from Blends was the Maverick MK2 Profile’s CMY +CTO color mixing capabilities. “I am a huge fan of the reds and blues that these fixtures output,” he said. “The colors are very realistic and rich, which makes them work better on an outdoor stage.”

The framing system and wide 13° to 37° zoom range of the Maverick MK2 Profile worked to make the rig more flexible by providing LDs with easy options for changing their coverage areas.

“Every LD has their own style, and you have to account for this at a fair or festival,” said Blends. “Your rig has to be ready for anything, which was certainly true in this case, given some of the bad weather we had and the power outage, but Ashley and Brian from Dynamic Productions handled everything great – and I’m happy to say our rig did too.”