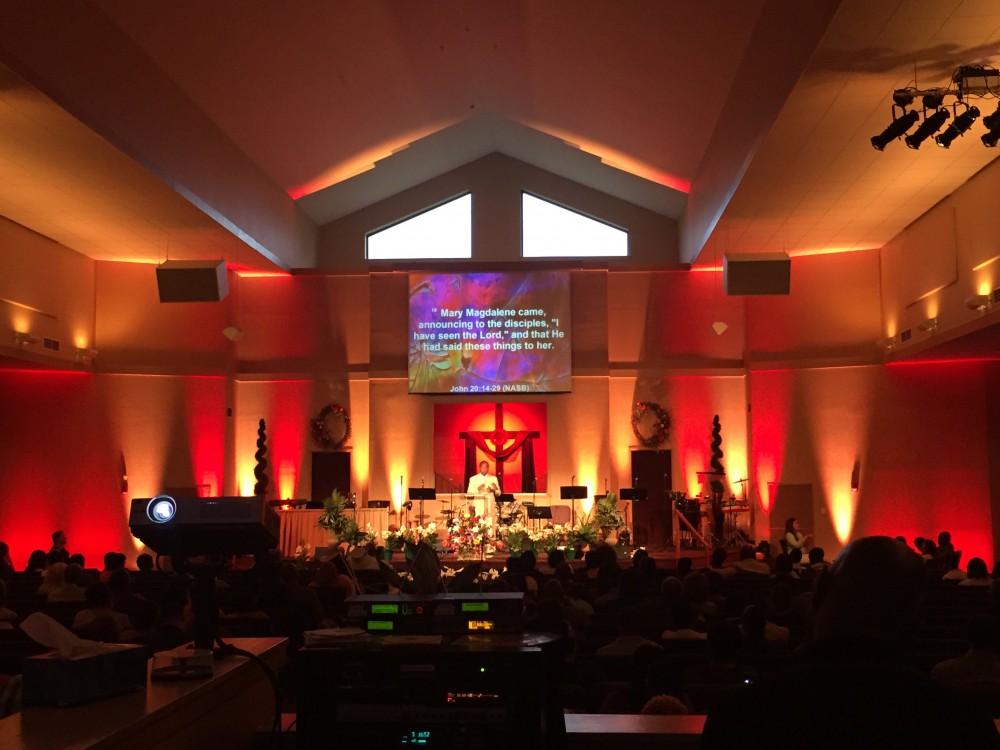 CHATTANOOGA, TN – Nestled on 23 rolling acres in one of  the most picturesque regions of the United States, the 700-seat New Covenant Fellowship church offers its members plenty of opportunities to worship, bond and enjoy life outdoors. There is the community garden, which helps feed the needy and brings worshippers closer together. There are also a community playground for children and a restful area where people can sit and read the Bible under the shade of towering oak trees.  Recently, as the church celebrated its 20th anniversary, its members complemented the natural beauty of their surroundings by enhancing the appearance of their building’s interior with help from a collection of 30 LED fixtures from CHAUVET Professional, supplied by The Design Oasis.

The fixtures were installed throughout the sanctuary as part of a project “to bring the church into the 21st century,” said LD Justin Casey of Helm Projects, who designed the new lighting system.  Casey revitalized the interior of the church by replacing its old ellipsoidals with a system made up of 12 Rogue R1 Washes, 12 COLORdash Par-Quad 18 RGBA par style fixtures and six COLORado Batten 72 Tour RGBWA linear washes. 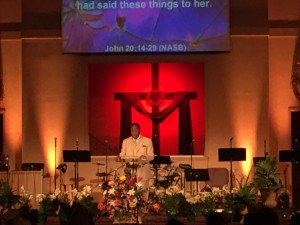 “I had been in the room before for some events, so I was familiar to the people there,” said Casey. “Pastor Miller wanted to revive the room and give it a new energy. They reached out to me, as they were looking for some advice on things they could do that would be impactful but sill would be within their budget. At the same time, they didn’t want the church to look like a club. So my emphasis was on washing the walls and key architectural elements with rich colors.  I saw the Rogue R1 at a demo in Nashville and was really impressed with its size and brightness. We were looking for a wash fixture that could take up very little room and also one that had a nice zoom range on it, so the Rogue was hired!”

Casey positioned his Rogue R1 units on the floor and had them shine up the wall across the entire area backing the stage. The zoom range of the fixture gave him the opportunity to create varied looks by mixing tight beams with broader washes.

“The Rogues provide us with a lot of impact for a relatively low investment,” he said. “We can do beams on some songs and wider washes on others – or we can mix them. The dimmer curve is also extremely smooth, and it looks very crisp when we run dimming chases.”

Controlling his system with a Martin M1, Casey does do some chases during praise sections, but for the most part lighting is more low-keyed for this traditional congregation. “We really rely most on colors to create a nice atmosphere and set different tones throughout services,” he said. “We have been using cool colors that are contrasting for the worship part of the service. Then, for the sermon, Pastor Miller likes saturated colors like red and ambers to be able to bring some warmth and energy to his sermon.”

Also adding color and warmth to the room are the six COLORado Batten 72 Tour washes that Casey has arranged three each on the ledges that flank the stage.  The 12 COLORdash Par-Quad 18 fixtures are also positioned on the stage floor with the Rogues and are used to provide background color and uplighting.

“The people at New Covenant are very happy with the end result, which makes me happy, because they were really great to work with,” said Casey. “They had a vision they wanted to achieve, and even though they had a limited budget they were able to achieve it. That’s the whole point of having affordable fixtures that do a good job.” 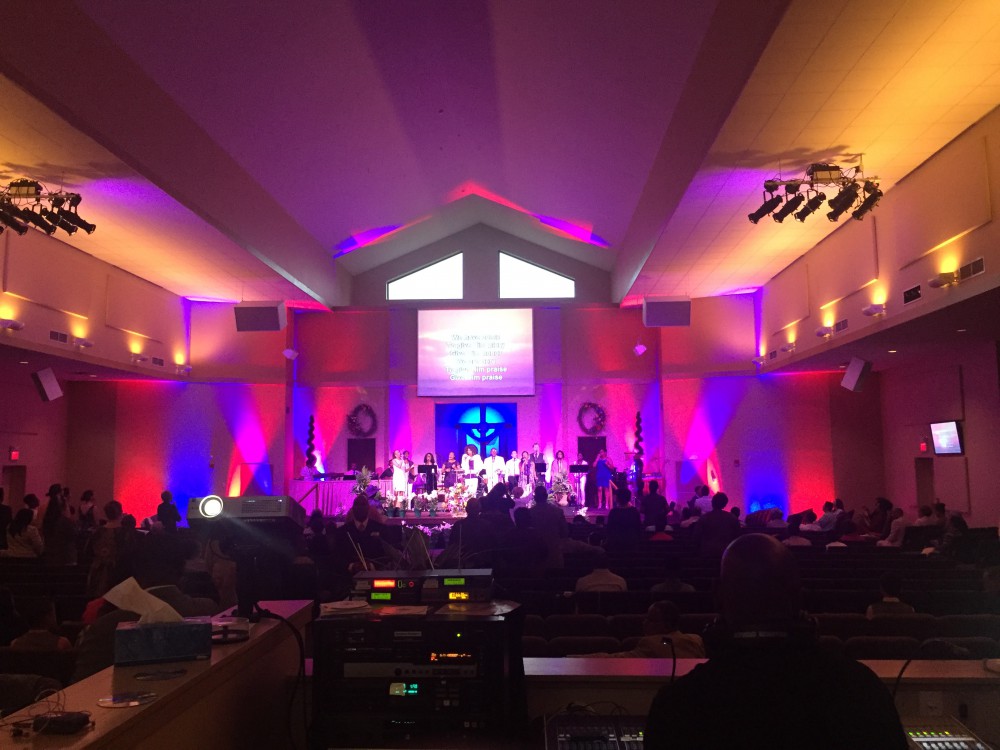