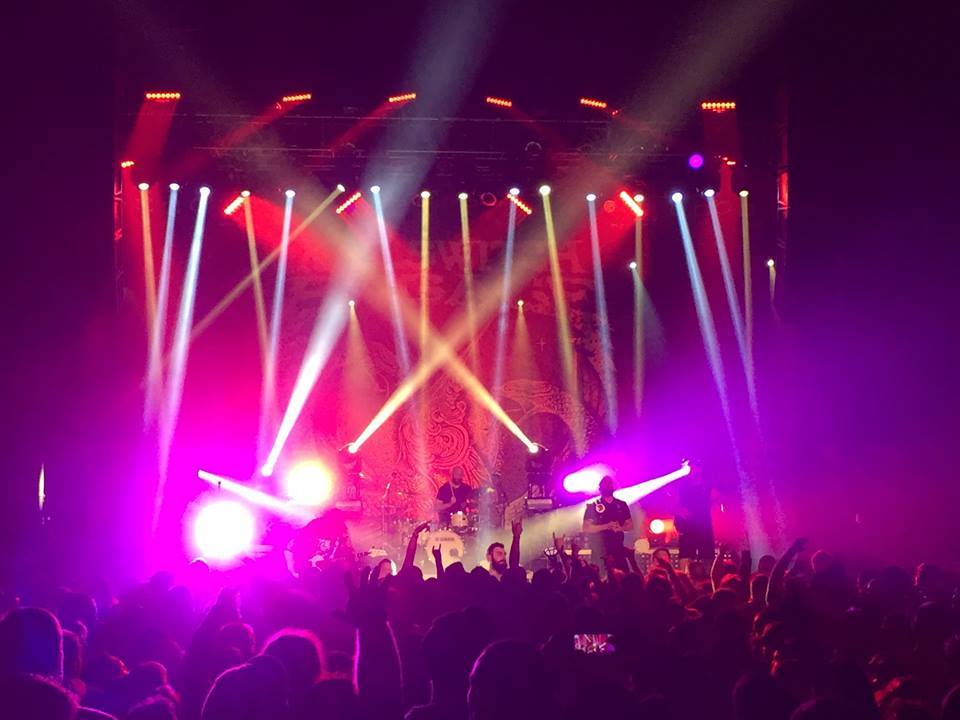 CRANSTON, RI – It goes without saying that a floor package has to be quick and easy to set up and take down. But LD Freddy Thompson of JDI Productions was looking for more than speed when he put together the rig for the recent national tour by Killswitch Engage. In keeping with the hardcore spirit of his clients, who were named one of “The Greatest Metal Bands of All Time” by MTV, Thompson wanted nothing less than full throttle power from his floor package. He got this with a high force rig that relied heavily on the intense output of Rogue moving fixtures, Nexus panels, Legend 230SR Beams and Vesuvio foggers from CHAUVET Professional.

“Practical things always have to be on your mind when you create a floor package,” said Thompson. “So everything we did had to be quick and easy, but that wasn’t our only thought. We never want to go to a venue and just add lights to the house rig, we want to have a real impact on the set by creating a more dimensional look.”

Thompson did this in part by arranging his fixtures at varying heights in groups that mirrored one another. This created a multi–layered field of light on stage and resulted in a unique look that engaged audience members from different angles.

‘We used two 2’ x 8’ stage decks,” said the LD. “The decks were about 2-feet tall and they flanked the drum kit SR and SL. These risers got a total of four Chauvet Rogue RH1 Hybrids and four Chauvet Rogue R2 Wash. We also used two 5-foot truss structures on base in between the riser and the drum kit with a Chauvet RH1 Hybrid on top on each. This line of 10 fixtures lived at different heights in a mirror image which helped create a unique focus point.” 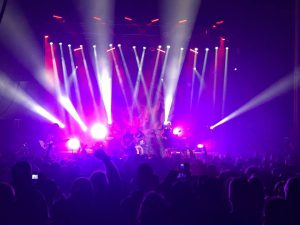 Thompson also placed four Rogue R2 Washes on the floor upstage to uplight the Killswitch Engage back drops. “It’s super easy to light the drops every day using these fixtures because of the zoom effect and powerful output” he said.

To complement his arsenal of Rogues, the LD flew 16 Legend 230SR Beams along with a collection of strobe effects and spots on two 40-foot sticks of mid-stage truss.  He also used 10 Nexus Aw 7×7 warm white LED panels on the floor in front of the two 8-foot stage decks to create an intensely bright skirt. Vesuvio RGBA foggers were positioned under the two downstage ego risers to unleash a torrent of multi-colored fog at a few select points during the concert.

Versatility is always important in the fixtures selected for a floor package, and Thompson heaped praise on the Nexus Aw 7×7 in this department. “The Nexus fixtures have a great punch of light and I like to use them to back light the band and create a silhouette style look,” he said. “They also have a very interesting effect while strobing them to a double kick drum. Timing is everything when matching lights to music and these fixtures had no trouble keeping up.”

Keeping up was never an issue for the lights in his rig, but it was sometimes a challenge for Thompson on tour. “You’re always busy when you’re on tour with KSE. Sometimes we loaded in the day of a gig and have only a few hours to setup and program our design,” he said. “Is that a challenge? You bet it was. Fortunately I work with a great team starting with Derek Iorfida, Peter Therrien and Cody James from JDI Productions, so everything went smoothly. Not to mention, I also get a lot of support from KSE tour manager Alan Hunt and KSE Production manager Josh Mihlek.  Thanks to this team work, our shows always come together in the end and went off without a hitch – and yea it made a big impact.” 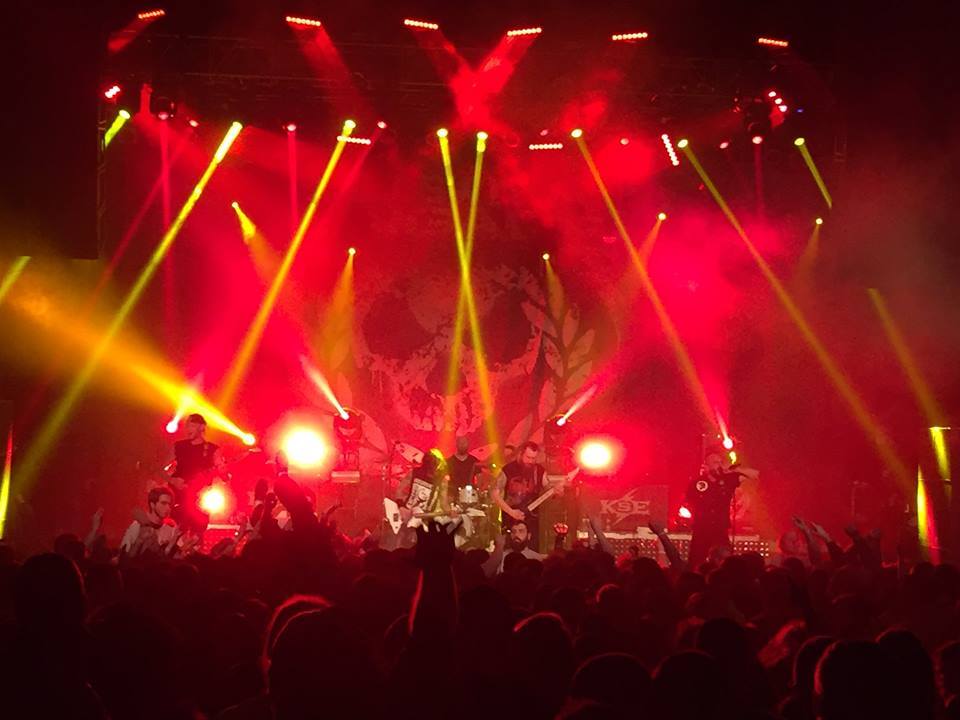