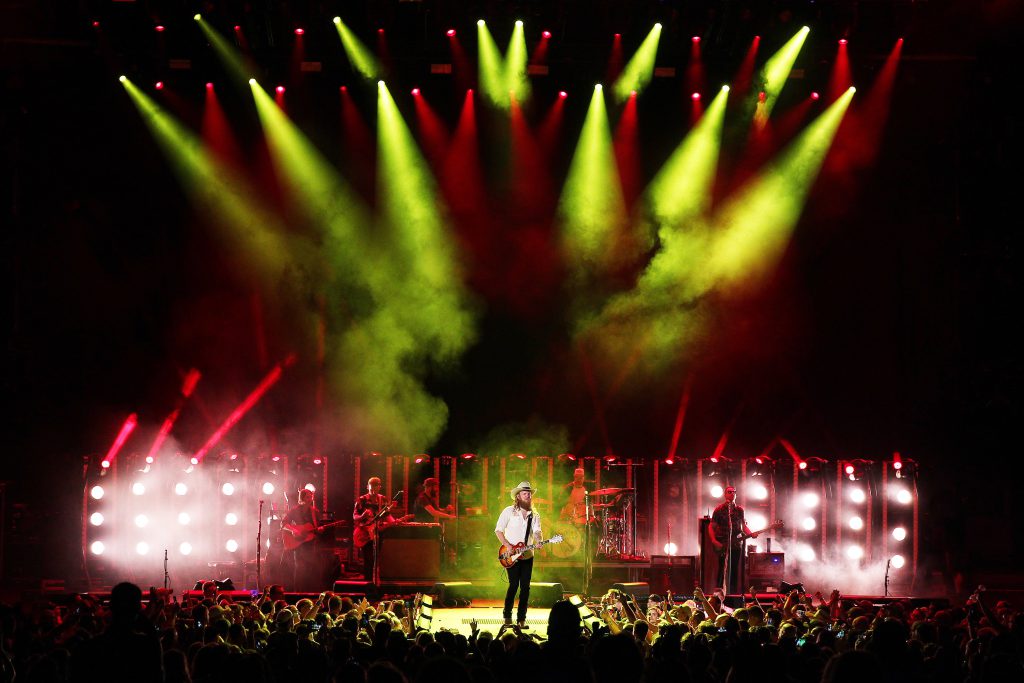 NEW YORK – Standing over 6’3” tall with broad shoulders and rugged features, the Grammy-nominated country music duo Brothers Osborne cast a striking image on stage. Their already-imposing presence is accented even further on their current tour by a wall of truss and light designed by Chris Reade and Jay Ballinger of KYVA Design, LLC.

“Our lighting rig not only illuminates, it also serves as a scenic element,” said Reade. “We’ve created a panorama of light and truss behind the artists to create a relatively tight focal point on stage, while also making it look extremely powerful.”

Reorienting the direction of the STRIKE 1 fixtures, Reade and Ballinger have them go from creating aerial effects, to serving as back lights and audience blinders. Regardless of how they’re being used, the STRIKE 1 fixtures (often working in tandem with the strip lights that lined the vertical truss), present a bold and powerful visual backdrop that fits the hard-driving music of the country duo from Maryland’s eastern shore.

“The look we create is emphatically strong throughout the show,” said Reade. “There are a lot of punch effects that reflect the energy of the music. This is something I love to do with lights.”

Ballinger seconds this take on the lightshow. “It was aggressive with texture, with a lot of eye candy and the ability to throw knockouts,” he said. “Corey Stewart, the band’s LD, programmed the show and he runs it as well. So, he deserves a lot of credit for the smooth transitions between looks. Plus, he’s been an absolute pleasure to work with on the tour.”

The tour takes Brothers Osborne to a variety of venues, from amphitheaters to Madison Square Garden. Given the modular quality of their centerpiece vertical truss design, Reade and Ballinger are able to adjust the rig to fit different stages without losing any of its versatility or output.

“Our design was made to fit almost anywhere,” said Reade. “Jay and I spent quite a bit of time working out how to balance the creative and the practical/logistical demands made by this project. This took us to a point where we’re very happy with the outcome.”

Elaborating on this thought, Ballinger added, “As with any tour, the logistical part needed to be taken care of,” he said. “We had to look at things like the number of crew members, setup times and truck space.”

In the end, though, Reade and Ballinger did achieve a good balance, creating a rig that is practical, while still standing tall with two of country music’s rising young stars. 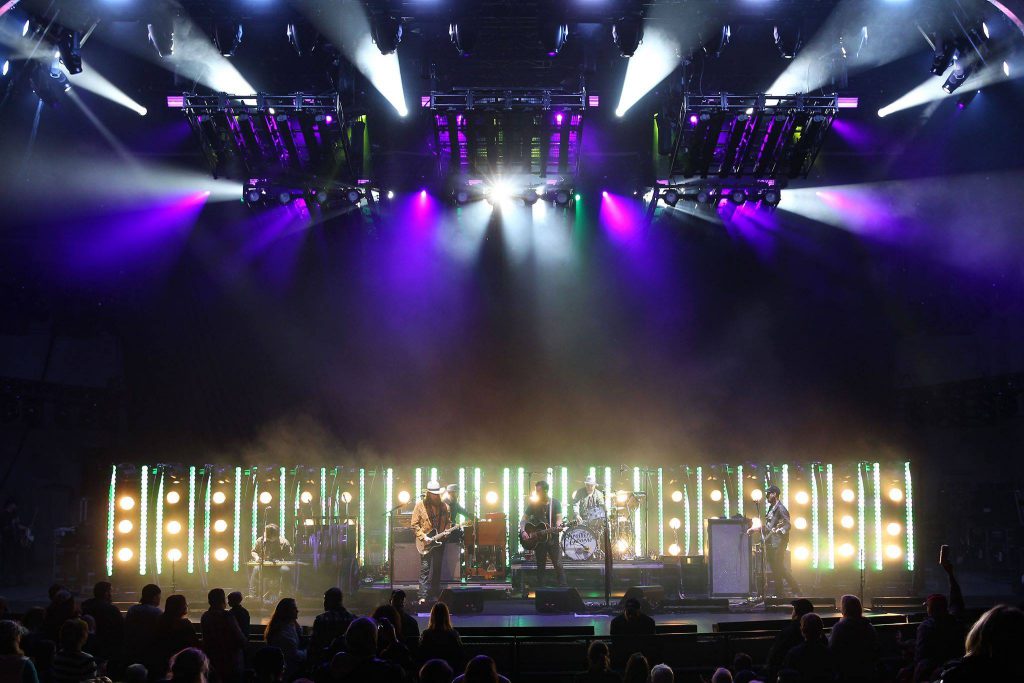