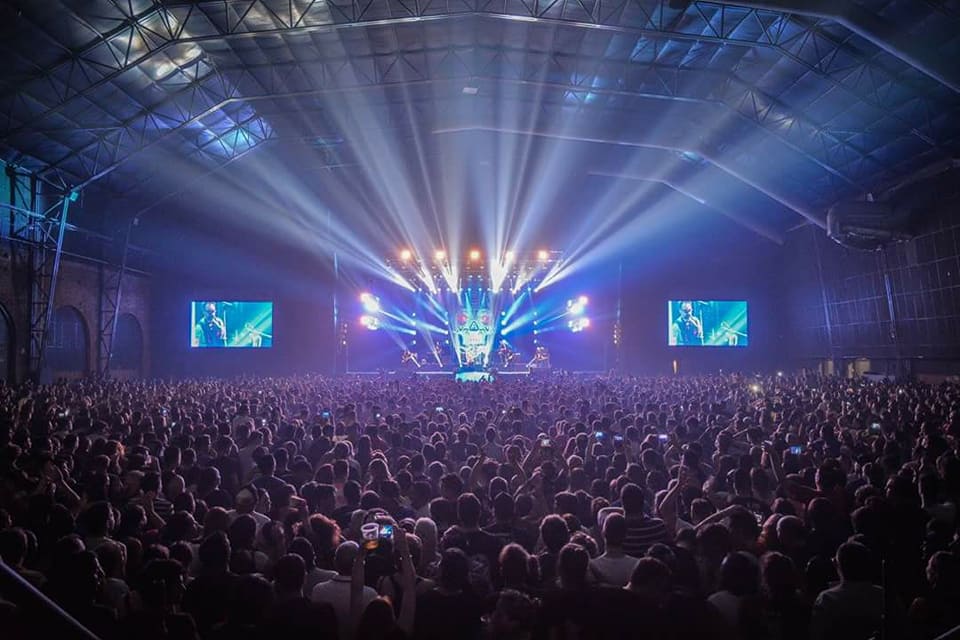 ROSARIO, ARGENTINA – In their hit single “At Dawn,” Argentinian rockers La Beriso sing about the undying resilience of dreamers. It is an apt theme for this hard-rocking group of seven musicians who struggled for some years after they formed their band in the gritty port city of Avellaneda, before breaking through as one of South America’s hottest artists, an accomplishment that led Rolling Stone Argentina to proclaim them “the new hope of street rock.”

The band’s intense passion was on full display in their September 2 performance at Rosario’s Metropolitan concert hall, not just in their unflinchingly honest music, but also in the vividly colored lightshow that supported it note for powerful note. Lighting designer David De Martin anchored his high-octane rig around a collection of CHAUVET Professional fixtures supplied by Deligio – Producciones Técnicas.

“We began building the rig by providing 18 NEXT NXT-1 moving LED panels for the concert,” said Pablo Deligio of Deligio – Producciones Técnicas. “David liked these panels because of their output and color. Intensity and speed were very important to the theme of this concert. The NXT-1s fit right in, because they allowed us to send very sharp, bright beams of light moving across the stage from every direction.”

De Martin positioned the NEXT NXT-1s on four truss columns about 12’ in height evenly spaced across the upstage deck. This positioning allowed him to crisscross the stage with sweeps from the fixtures. Drawing on the output of the NEXT NXT-1, he also used them to create a greater sense of engagement by lighting the audience from different directions.

To reflect the myriad of moods covered in La Beriso’s music, the light from the NEXT NXT-1 units was cast in a rainbow of different hues throughout the show. For added depth, the color and angle of the NXT-1’s light was sometimes varied from column to column.

Also contributing to the spectrum of moods on stage was the rich array of colors from the COLORado 3 Solos. De Martin flew the 60 W RGBW fixtures on truss that ran across the entire stage. From this position, they were used to wash individual band members and color accent a massive masked figure that dominated the center stage area.

By changing colors on the evocative figure, De Martin made an important scenic element become even more engaging. At times, it seemed like this masked figure was smiling down on La Beriso as the band romped its way through its high-spirited set list. If that were the case, he would have been one of thousands in the concert hall taking pleasure in a band that worked hard to rise from humble beginnings to the summit of South American rock music.