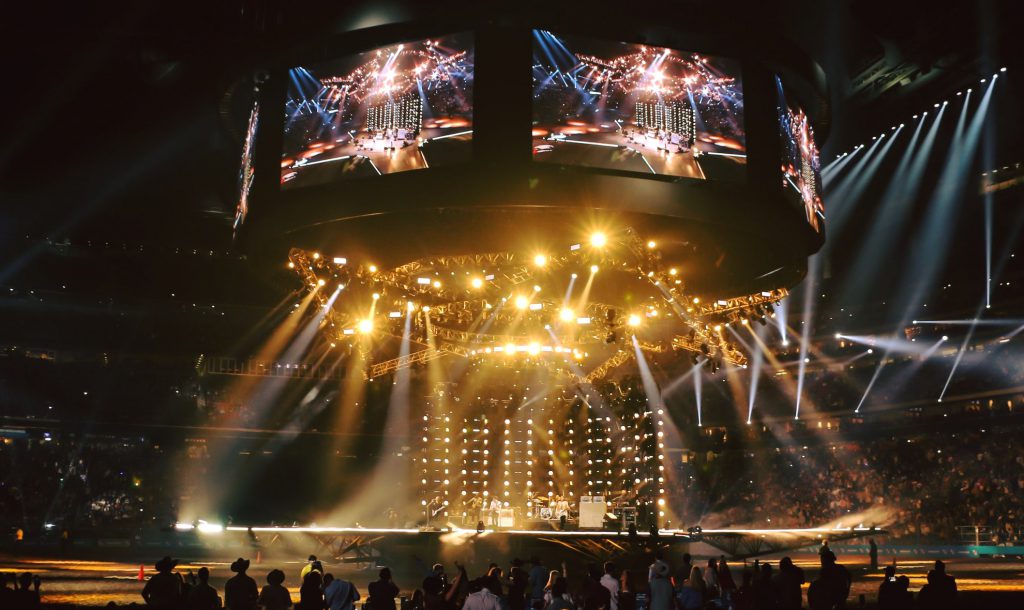 HOUSTON – For 87 years, the Houston Livestock Show and Rodeo, also known as RodeoHouston, has reigned as the largest livestock exhibition and rodeo in the world. From the rodeo and livestock exhibits, to the mouth-watering food, thrilling rides and star-studded entertainment, the 20-day-long event at NRG Stadium offers a plethora of attractions for the 2.5 million people who visit every year.

Providing eye-popping visual support for this multi-faceted event in 2019 was an immense and very versatile lighting rig from LD Systems that featured over 150 CHAUVET Professional fixtures.

“When putting together the lighting rig, we really needed to be flexible,” said Nathan Brittain of LD Systems. “Our lighting had to offer full production looks for the wide range of artists that appeared on our stage night after night. At the same time, we also needed lights that could contribute to the atmosphere throughout the event grounds. The key challenge was managing a project of this scale, which is something we did very well, thanks in large measure to the way our team pulled together to make things happen.” 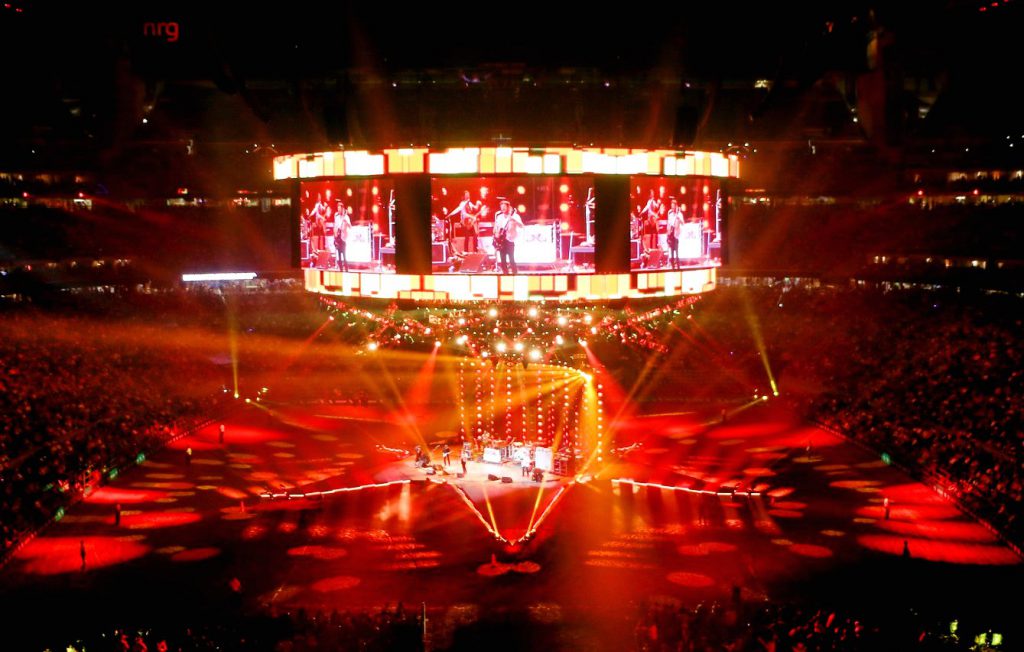 The magnitude of the challenge facing the LD Systems team was plain to see from looking at RodeoHouston’s massive stage, which was configured in the shape of the Texas star. Each point of the star was accessible to the performers to engender their connection to the audience. Throughout shows by stars like George Strait and Kacey Musgraves, the massive stage slowly rotated 360°.

Rigged high overhead, so as not to obstruct views from fans sitting in the stadium’s upper deck, the fixtures followed the stage’s star shape. The sheer scale of the arena and the height of the rigging above the stage required high-output fixtures, which led to the selection of 66 intensely bright STRIKE 1 units to play a key role in the stage rig.

“All of the STRIKE 1s were in the overhead system, positioned on multiple levels,” said Brittain. “They were used mainly as audience blinders, but could also be used for strobes and as a wide area floodlight. The STRIKE 1 fixtures provided a unique look because of the face size, and they work really well in large venues like NRG Stadium. The dimming curve for these is really smooth, and the ‘amber shift’ mimics the dimming of incandescent lights perfectly, adding an extra dimension to the fixture.”

Providing an added visual element to the stadium were the 60 ÉPIX Strip IP linear fixtures around the announcer’s booth. The one-meter long fixtures feature 100 x 1 RGB LEDs in a row, all of which can be pixel mapped for video and motion graphics. “We were looking to do something unique that would draw people’s attention to the announcer’s booth,” said Brittain. “The idea was to define where the booth was to those in attendance, because it’s sort of buried in the middle of a sea of seats. The ÉPIX Strips gave us a standout look while also providing a surface to feed video content to, giving us motion to draw the eye.” 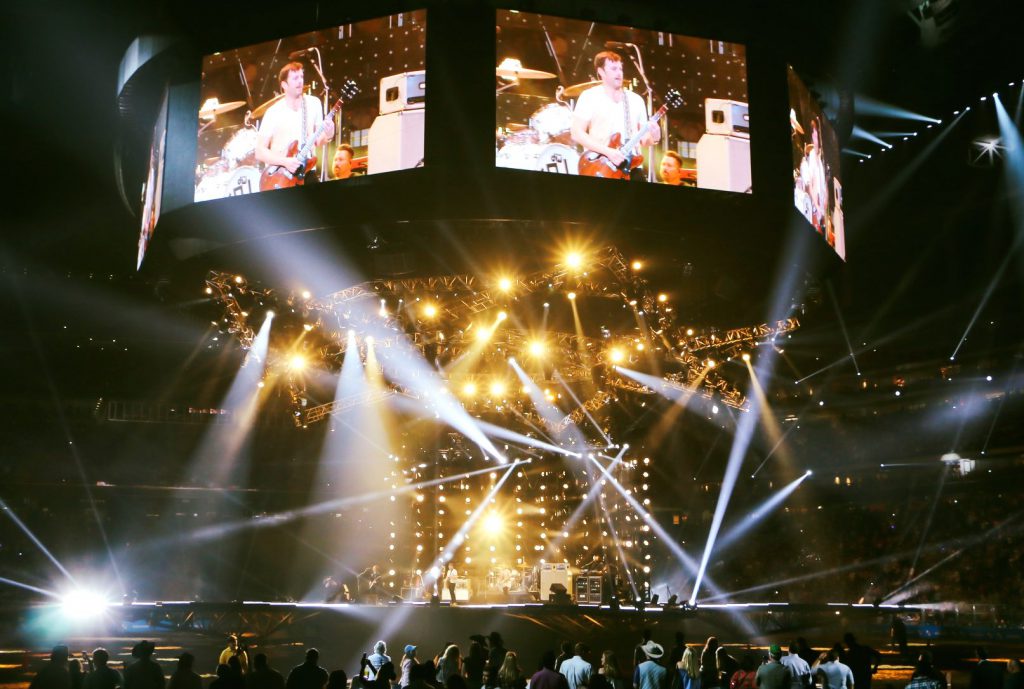 For other lighting components throughout the exhibition grounds, Brittain and his team relied on CHAUVET Professional Ovation E-260WW IP fixtures and COLORado Solo Battens. “We used ten Ovation fixtures outside to light a very large 3D RodeoHouston logo,” said Brittain. “This is a photo opportunity for guests, so we lit the logo and the area for people to stand for their picture. The Ovation fixtures fit the bill because power was limited, so we wanted to go with an LED source, but they were also going to be outside for nearly 30 days so we needed the IP rating.”

A second outdoor display with graphic banners was lit by six COLORado Solo Battens. “These were a great fixture, extremely bright, and their color mixing is incredibly smooth,” said Brittain. “With the special lens projecting a single homogenized wash, the pixel look of the bar is eliminated, even close to the banners. When their IP rating was factored in, they were an easy choice for this outdoor position.”

For a project the size and scope of RodeoHouston, every aspect of the event has to cater to the attendees. “There are countless challenges,” said Brittain. “Just the sheer scale and schedule of the event can be daunting, and it’s a lot to do and maintain over such a long period of time. Our crew of Jim Brace, Lance Williamson, Wade Henry, William Diven, Fred Deci, Brian Stephenson and Will Anglin deserve all the credit in the world. This event was a big undertaking, but they were more than up to the challenge.” 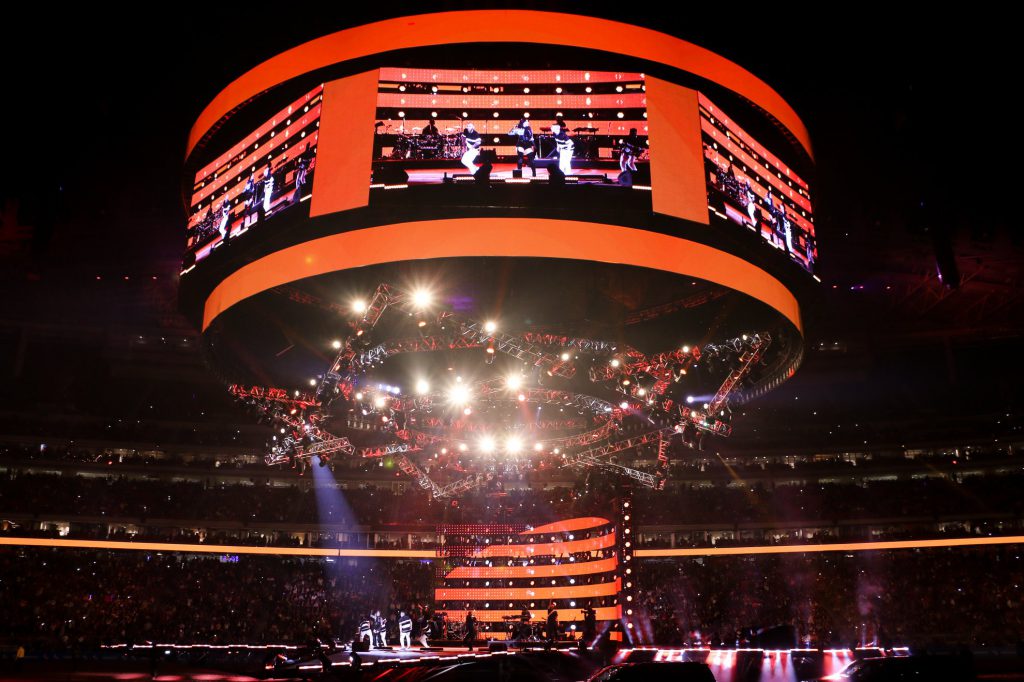 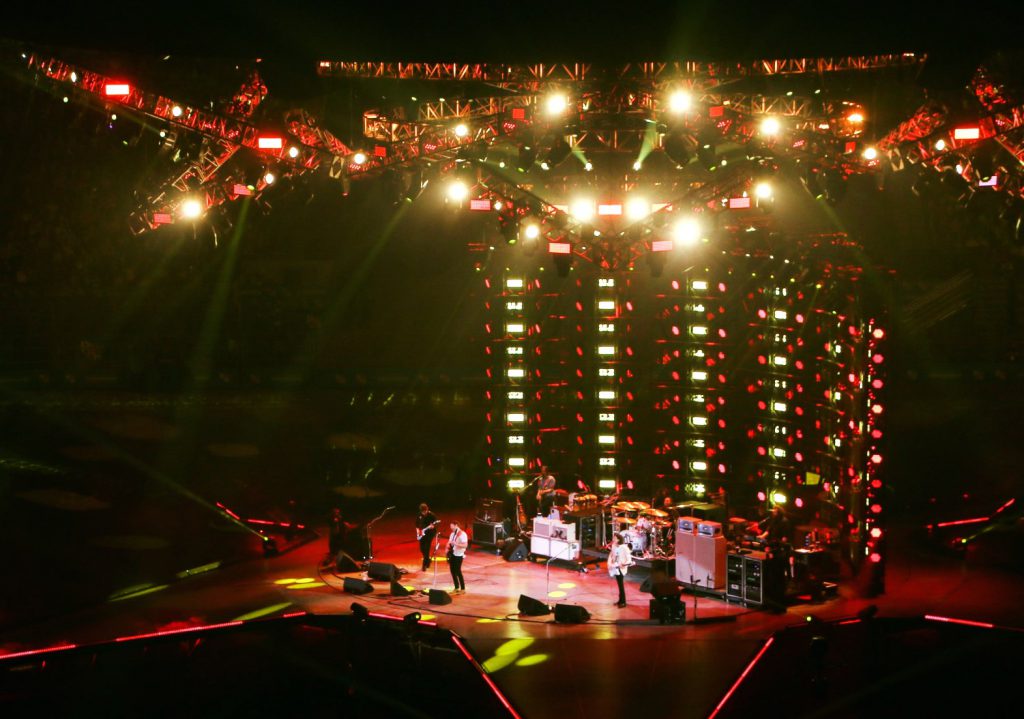