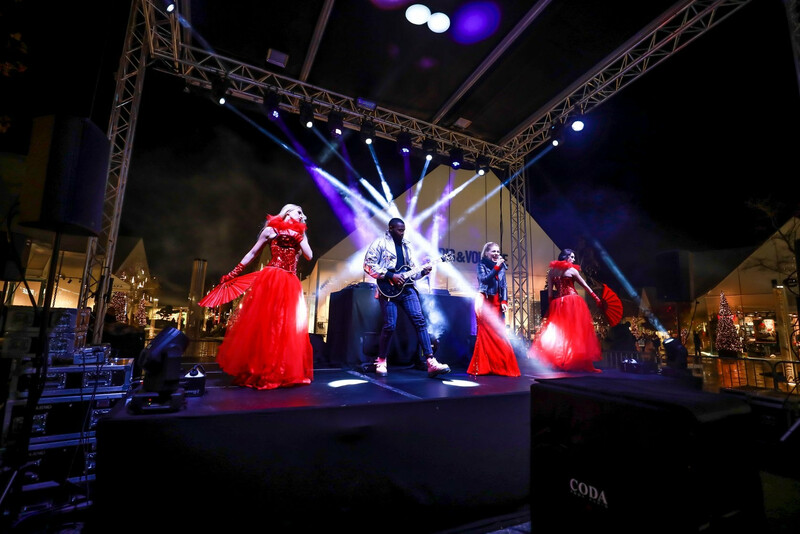 VILLEFONTAINE, FRANCE – Stylish fashion should always be showcased in an elegant setting, even when it is offered at an attractively discounted price. Such was the guiding philosophy of The Village Outlet when it opened in this area of green rolling hills about 40 minutes outside Lyon.

Bargains certainly abound at this contemporary outdoor shopping center, with deep discounts on luxury and premium brands beckoning from its over 100 stores. But there is not whiff of the frantic bazar atmosphere to be detected anywhere within its sleekly contoured grounds with their winding paths, hedge sculptures, and expansive, glimmering reflective pond with fountain.

The style and panache that has made The Village Outlet so popular throughout the Isère department was on full display at a recent celebratory event at the center. Adding color and glamour to the occasion was a lively L&DB lighting design that featured CHAUVET Professional Maverick MK2 Wash fixtures and Geyser P7 atmospherics. 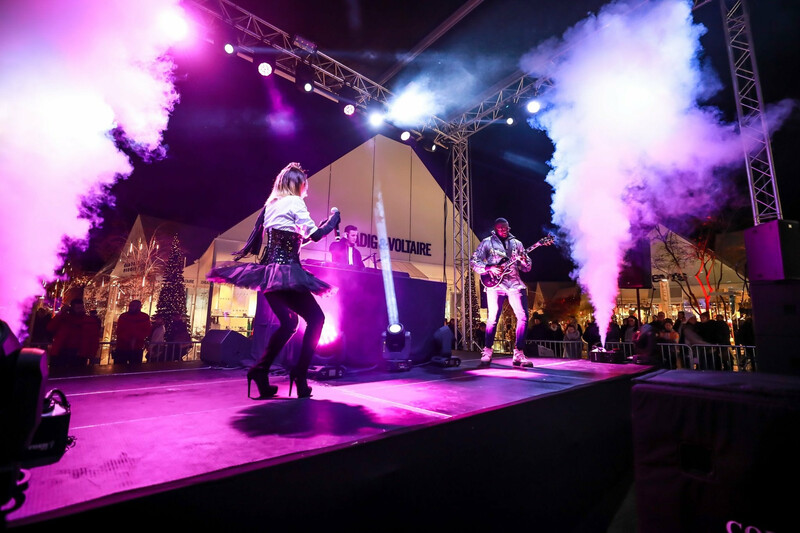 “Our goal was to blanket the area in color to support the spirit of the event,” said Romain Plantier, CEO of L&DB. “The Maverick MK2 Wash excelled in this regard. We also relied on its zoom feature to tighten the beam and create dramatic effects against the fog from the two Geyser P7 units we had on site. The powerful jet and the colorization of the smoke that we got from the Geysers provided a striking effect.”

L&DB used six Maverick MK2 Wash fixtures at The Village Outlet. Four of these units were placed on an elevated counter and used for general stage washing, while two were positioned on the ground and relied on to create aerial washes. The output from the Maverick’s 12 40W OSRAM RGBW LEDs provided a level of intensity that played off very well against the fog from the Geyser units.

The versatility of the Maverick MK2 Wash also enhanced the impact of The Village Outlet lighting display. “Having a multitude of macros on the MK2 Washes for effects allows you to do both wash and effect with this machine,” said Plantier. “Because the beam can be very tight with a nice power, the MK2 Wash can be placed right next to a beam moving head. This creates excellent possibilities.”

At the conclusion of The Village Outlet event, L&DB received widespread praise for its lighting design. It was, said Plantier “a show filled with effect, dynamics and beautiful color.” In that regard, the light show fit beautifully into the fashion philosophy that has made this unique center a favorite among stylish shoppers. 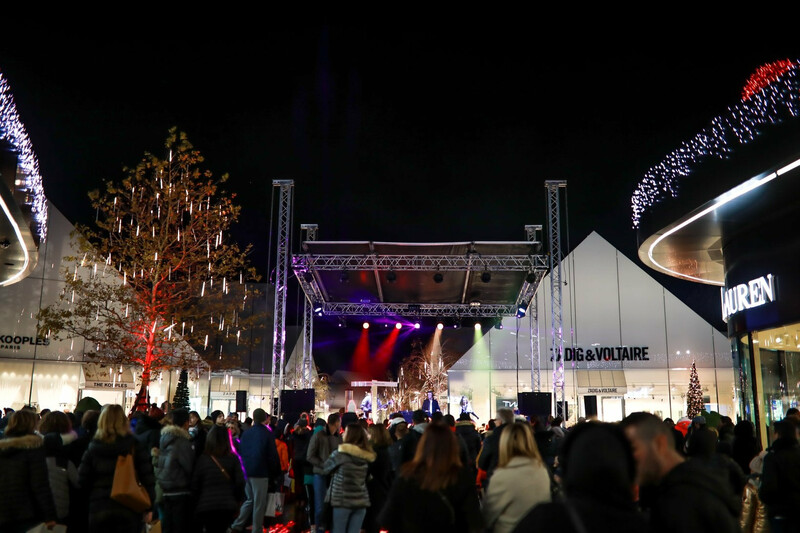