ST. LOUIS – With its hurly-burly mix of saints and sinners, Hot Box dancers and street-smart gamblers, colorful costumes and evocative settings, Guys and Dolls is as captivating today as it was when it debuted on Broadway in 1950. This was plain to see when Frank Loesser’s multi-Tony Award winning musical kicked off the 2019 season at the St. Louis Municipal Opera Theatre (“The Muny”) on June 10.

Part of the allure, was no doubt due to the timeless quality of this sweet but sassy tale of New York’s bygone underworld, but also enchanting the audience was something decidedly more modern: the theatre’s new state-of-the-art LED lighting system that features over 700 CHAUVET Professional fixtures supplied and installed by Bandit Lites.

Great theatrical works never seem to age, but the same cannot be said of even the finest theaters. This is why The Muny, the oldest and largest outdoor musical theatre in the United States, elected to begin its “second hundred years,” with a new stage system that, in addition to the IP rated LED lighting, features one turntable, three tracks, five lifts for moving sets and actors, LED screens, and a protected orchestra pit. 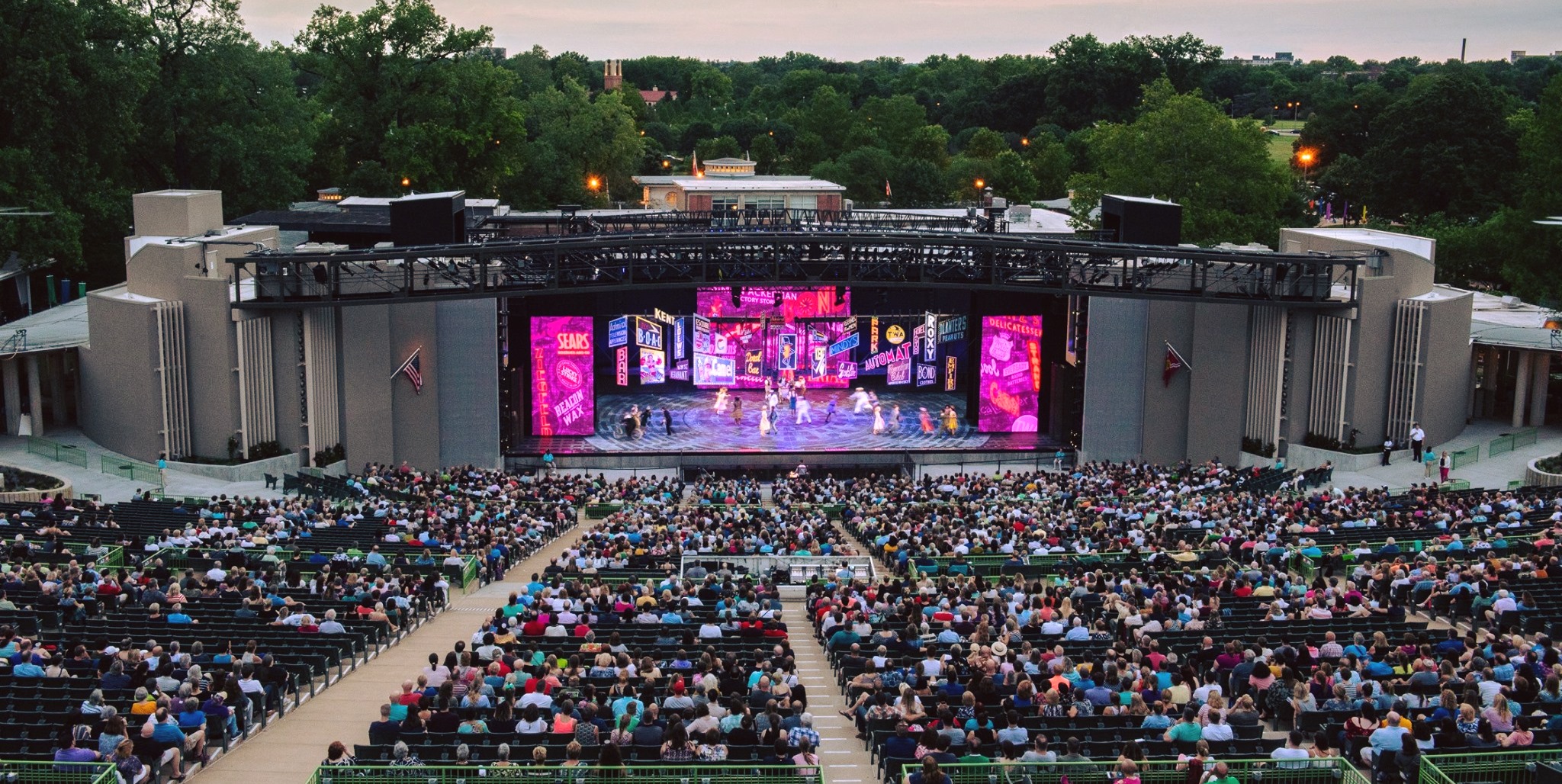 “The Muny embarked on this upgrade so it could continue to offer the most rewarding theatrical experience to the community,” said Rob Denton, Lighting Designer at the 11,000-seat venue, which opened under The Muny banner on June 16, 1919.

Denton, who was instrumental in the lighting upgrade and worked with Bandit Lites on its execution, notes that the theater’s main goal was to create a LED rig that would be more flexible and energy efficient. Based on his experience lighting Guys and Dolls, as well as the productions that followed, he feels the new system has more than lived up to expectations.

“The new rig allows us to have a wider breath of looks than before, and the ability to unify our lighting with the vibrancy and feel of the CHAUVET Professional F4 IP LED video walls,” he said. “It also gives me, as well as any visiting designers, a greater ability to focus the audience’s collective eye. This is true whether we’re lighting a modern musical where we want vibrant light, or a classic show that requires the traditional warmth of the tungsten lamp. In each case, we can evoke the sought-after mood.”

Playing a key role in the new lighting rig are its 310 Ovation E-910FC IP color-mixing indoor/outdoor ellipsoidal units, 130 Ovation E-260WW IP warm white fixtures, and 205 COLORado 3 Solo pieces. Many of these fixtures are hung on a 183-foot span that runs over the downstage deck. From this position they provide front light, texture across the stage, and scenic element lighting.

Additionally, the Ovation fixtures along with a small number of the COLORado 3 units are positioned in a variety of side positions for cross lighting and template coverage. Ovation E-260WW and COLORado 3 Solo units are also flown on truss over the video wall and are used for downstage and full stage back lighting. The backwall structure of the stage is uplit with 22 COLORado Solo Batten fixture, while COLORado 3 Solo units provide downlighting. Adding another new dimension to The Muny stage are the massive back video wall and two side walls that are made with 238 F4 LED panels.

“The entire new rig is my baby,” said Denton. “I have been working on the plot and design of the system for several years now. For me, the biggest thing I’ve noticed is the quality of light from all the fixtures, especially the E-910FC and E-260WW. They have an amazing color and quality, so it that feels like you’re using a traditional tungsten lamp, but of course they’re LED units with all of the advantages that brings. Plus, like the rest of the rig, they’re outdoor rated.” 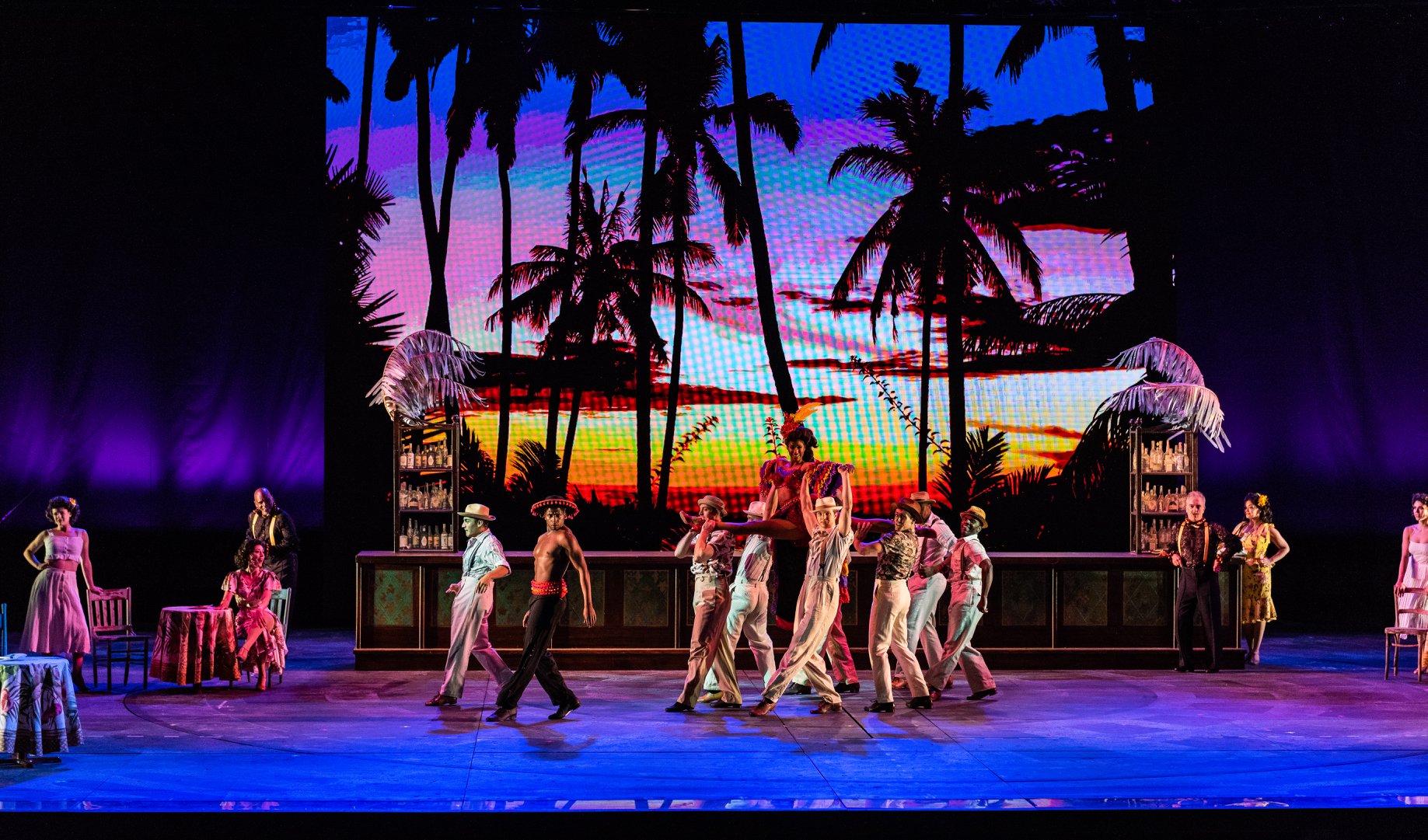 Denton has also heard rave reviews of the new lighting system from his colleagues. “The rest of the creative team here has noticed a remarkable difference in the quality and ability of the lighting design,” he said. “Everyone agrees it opens new possibilities in storytelling.”

Apparently, the creative staff members at The Muny aren’t the only ones impressed with the updated lighting. Writing about the theater’s production of Guys and Dolls, the critic for the St. Louis Post Dispatch singled out the LED system writing, “Particularly representative of the new technology is a scene set in Havana. It’s so richly evocative — and so brilliantly realized — that you’ll want to hop onstage and order a drink.”