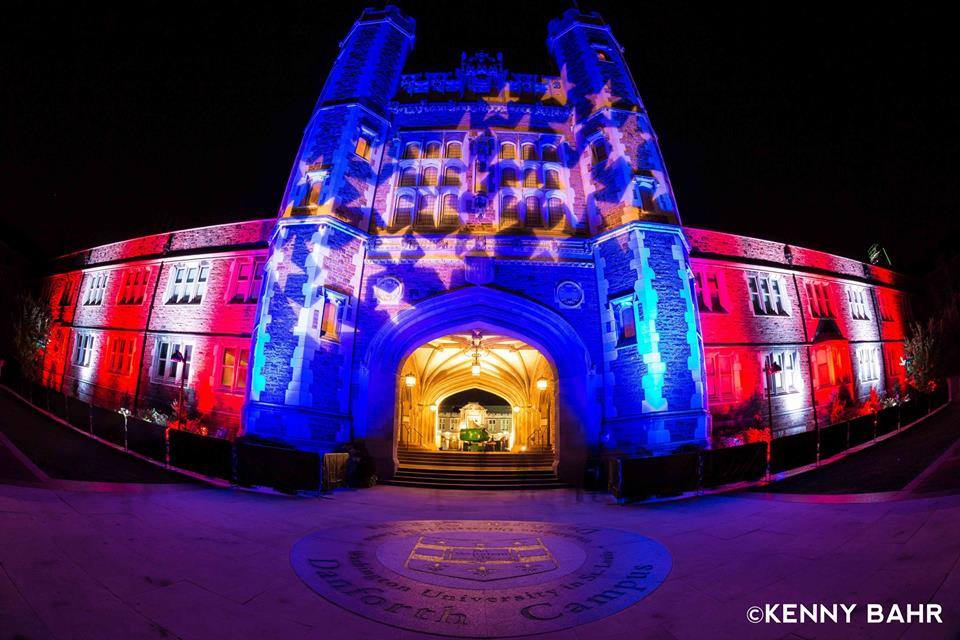 LOUIS, MO – US presidential debates are serious business, but that doesn’t mean they can’t also be surrounded by some festive touches. Such was the case at Washington University in St. Louis, host of the second debate between Hillary Clinton and Donald Trump. The school, which has hosted five debates in the past, was buzzing with excitement in the days leading up to the 2016 contest, with a parade through campus by the famous Budweiser Clydesdales, pre-debate buffets featuring the candidates’ favorite foods, and a colorful red, white and blue lighting display anchored by a collection of fixtures from CHAUVET Professional.

“Washington University’s staff conceptualized the look that they wanted for Brookings Hall,” said Self. “When they searched for a company that could develop and actualize their vision, multiple people referred them to us based on the positive experience they had working with us on previous events.” 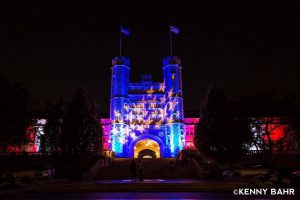 Positioning the COLORdash fixtures at the base of the building, they were used to create the red and white stripes.  Logic Systems’ team flanked the building’s main tunnel-like entrance with the Ridge IP panels and used them to wash its arched entry in blue. The ellipsoidals were positioned across from the entrance with patterns to produce the stars.

Washington University ran the lighting display dusk-to-dawn for nine days leading up to the Sunday debate. During that period, the red, white and blue on Brookings Hall became emblematic of the school’s involvement in the historic event. “A lot of people were talking about the display,” said Self. “We were very pleased with the brightness, color rendering and even fields produced by the Chauvet fixtures.”

Like all projects of this scope, the Washington University debate building scape was not without its challenges. For starters, the crew had no access to building power, and had to rely on two eco-friendly propane generators supplied by Chuck Justice of Green2Go Rental Power.

An even more daunting challenge was how to get the white stripes to show on Brookings Hall, which is made of reddish stone. “We had to trick the eye into seeing the stone as white where we wanted the white stripes to be. In order to do this, we needed to rely on the COLORdash fixtures to produce extremely saturated colors at high output so we could achieve the necessary contrast. The COLORdashes did not let us down.”

Also not letting Self down was the Logic Systems crew of Jeff Lohse, Kevin Koberlein and lighting director Christine Snyder. By pulling together, Self and his team were able to create a design that all visitors, regardless of their different political views, could agree did Washington University and the debate proud. 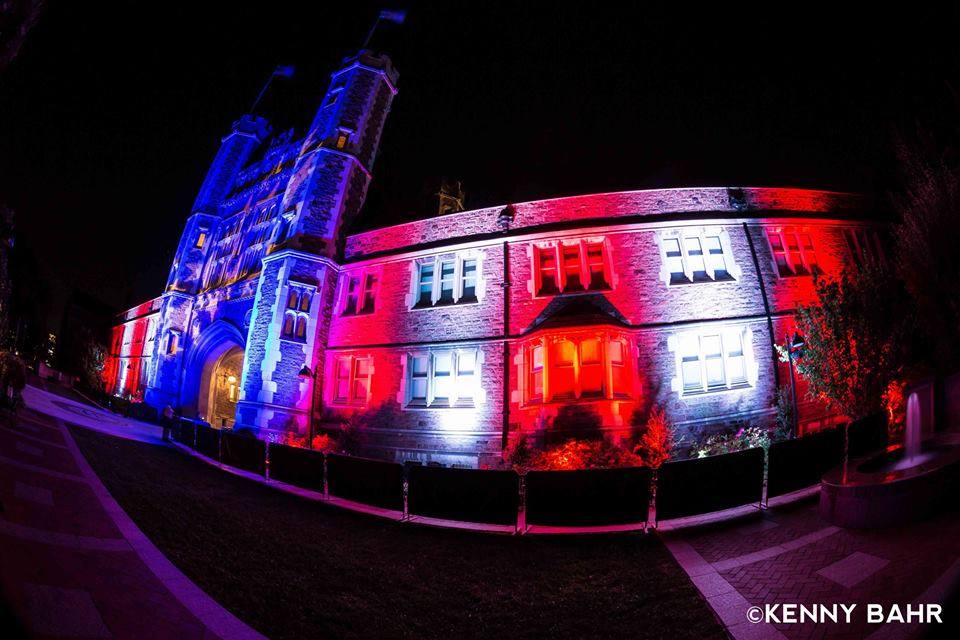