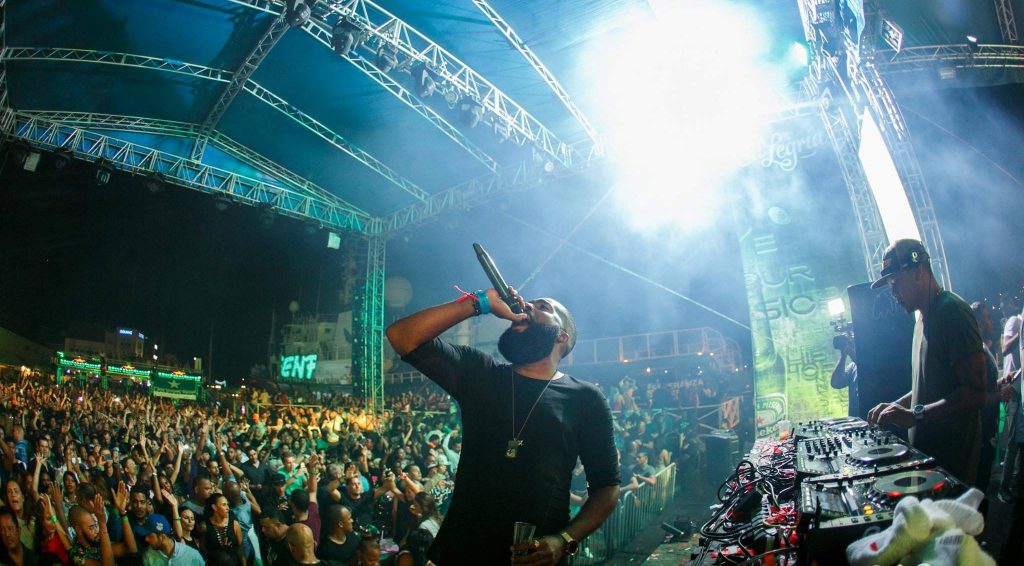 Willemstad, Curaçao – In Papiamentu, the words “Su Legria” loosely translate as “his or her happiness.” In that case, the one of the largest dance festivals on the Caribbean island of Curaçao is very aptly named. Held the first Friday every January, Su Legria brings locals and visitors together to free themselves from day-to-day concerns and enjoy electronic house music performed with a distinctive island flair by world class DJs.

In keeping with this carefree spirit, Su Legria made it easy for visitors to party on their own terms this year by having three different VIP sections. Although each section put its own distinct twist on the festivities, all engaged the audience with colorful upbeat lighting created by Jim Lo-A-Njoe of Massive Productions and his LD Alexangelo “Chito” Hernandez, with help from a collection of over 60 CHAUVET Professional Rogue fixtures.

“Su Legria makes everybody feel welcome regardless of where they’re from,” said Lo-A-Njoe. “Instead of having everyone stand in one general area, we broke the audience space up into three distinct VIP sections, plus a general audience section.  The smaller areas made everyone feel more like they were a part of the festival. We relied on the magic of lighting to support this feeling.”

The three VIP areas at the festival were: the “Ultra Section,” where guests were placed in the middle of the action by being part of the main stage; the first VIP section, where guests stood in front of the stage; and the second (more mellow) VIP section, where guests sat at tables to the side of the stage. (The general section was still part of the action because the audience was able to stand under the main roof.)  Lo-A-Njoe used 24 Rogue R2 Spot, 24 Rogue R2 Beam and 16 Rogue R2 Wash fixtures to cover all three sections with an array of richly textured looks. 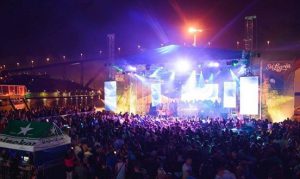 “We relied on our lighting to support all of the sections and create three different atmospheres that engaged people,” said Lo-A-Njoe. “The Ultra section and the first VIP section (the one that faced the stage) were both covered by roofs. We had a 26’ x 23’ roof over the Ultra section and a 45’ x 45’ roof that ran over the other VIP section and the general audience area. We hung Rogues from both roofs and relied on their rapid movements, gobos and changing beam angles to create the look of a nightclub.”

In addition to relying on the rapid pan-tilt movements of his Rogue fixtures, Lo-A-Njoe counted on their color rendering capabilities to generate excitement at the Su Legria festival and set the mood on its stage, which housed performances by international DJ stars like Chuckie, Dyna, Gregor Salto and others. Relying on color accents from his Rogue R2 Washes, Lo-A-Njoe created a more subtle laid-back tone in the side stage VIP section. Adding to this relaxed atmosphere were the color washes on scenic elements from the COLORado 1-Tri IP fixtures in Lo-A-Njoe’s rig.

“We’re very proud of how this turned out,” said Lo-A-Njoe. “The design really made the festival more intimate for fans, yet at the same time the looks were very pumped up. I’m grateful to Ashric Martel of Fab Ash, the producer of the event, for believing in our crazy ideas. We’ve been doing this for years, and it keeps getting better.” 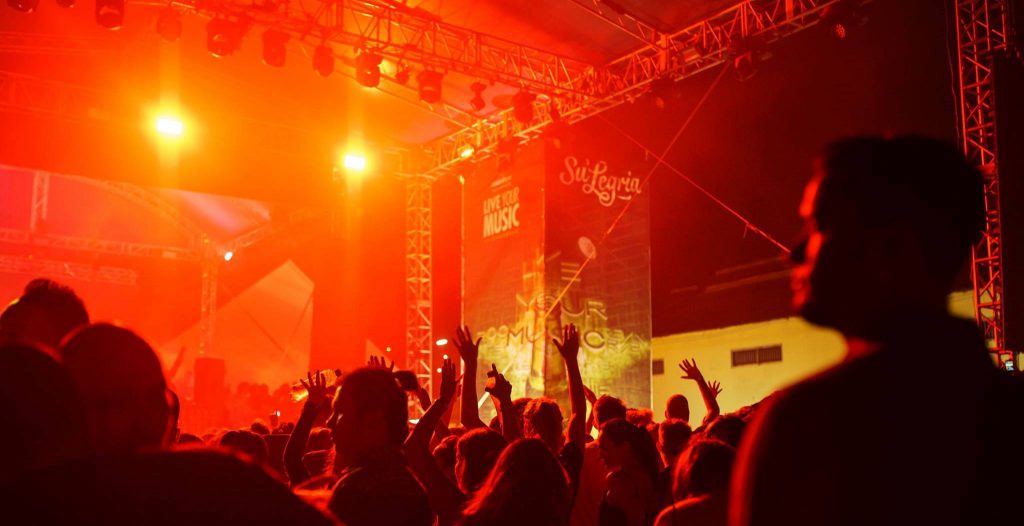