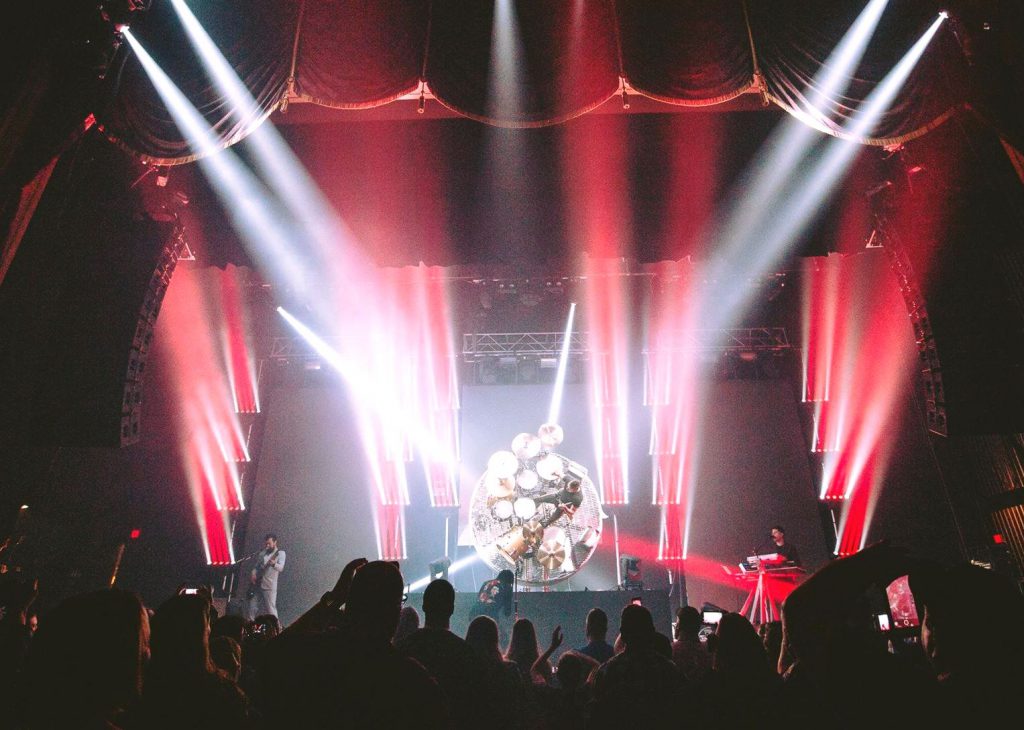 NASHVILLE – It’s easy to see why songs by Newsboys have played such prominent roles in hit films and videos like God Is Not Dead and the Dove Award-winning children’s series Veggie Tales. The rich, vivid imagery of this Grammy-nominated Christian rock quartet’s music, with its ebb and flow of heartfelt emotion, seems to beckon visual interpretation.

Lighting designer Matthew Brewer is doing the band’s evocative sound justice on their current Newsboys United Tour with an intense multi-layered lightshow that serves up a continuously changing array of looks to capture the essence of each and every tune. Aiding him in this endeavor is a collection of CHAUVET Professional Rogue fixtures, supplied by Axxis.

Key to Brewer’s flow of distinctive visuals are the myriad geometric patterns he creates with the 24 Rogue R1 FX-B fixtures in his rig. Like his clients, who have shown a knack for building on musical themes, his work with the five-headed moving linear fixture has become more inventive with experience.

“Initially, my basic idea was to use the FX-Bs to frame the video walls in my rig, but when we got into rehearsals and started playing with these lights it became clear to me that the tight shafts of lights and almost paintbrush look of the FX-Bs were going to allow me to create many more looks in the show,” said Brewer. “The positions I get from five moving heads and pan/tilt rotation are literally endless. I think right now in the show we have at least 50 positions for the FX-B bars. The speed at which they can move and the infinite rotation in every direction made these lights so great on this tour. From blinder effects to painting the room, these lights have been the workhorses of the show.”

Aiming his Rogue R1 FX-B fixtures vertically, horizontally and at every conceivable angle, Brewer is able to create radically different looks throughout the concert. The geometric patterns of light also give his clients different and distinct performance spaces, which energizes them and the crowd.

“The way the show is arranged, there isn’t much opportunity to move around a lot on stage for three of the four band members – one of whom has a custom drum riser,” said Brewer. “Given this limitation, our idea has been to surround the band with the video and lighting, making three large pods with their own lines of separation. This showcases the worlds of guitar, keys and drums.”

Brewer’s design also includes key, side and spot lighting from the 12 Rogue RH1 Hybrid fixtures in his rig. “I used the RH1s a bit more unconventionally than most people,” he said. “I chose the RH1, because when it comes to the key light on my band members I prefer to use profile fixtures that have a lot of punch. This arrangement prevents downstage truss from limiting the height of the show.”

The remaining four Rogue RH1 fixtures are positioned with the rig’s spot light system. “Having the option to use the RH1s in spot mode or beam has allowed me to position them as spots 10’ from the stage all the way up to 140’ in the back of the room, without any noticeable change in brightness,” said Brewer. “I also love the colors I get from the RH1s and the FX-Bs. Because of all the video we use in the show, I like to go with a lot of vivid bold colors to fill the negative space around the wall and focus on members of the band.”

Consistency was another concern for Brewer, given the tour’s wide range of venues. “Our goal was to create a rig that we could keep consistent at virtually any venue we encounter,” he said. “Matt Scott, our assistant LD and Follow Me Operator, along with our L2s Kyle Lewis and Matt Parker play a big part in making this happen. So do our lighting fixtures. It’s always good when when you have lights that can do so many different things well.” 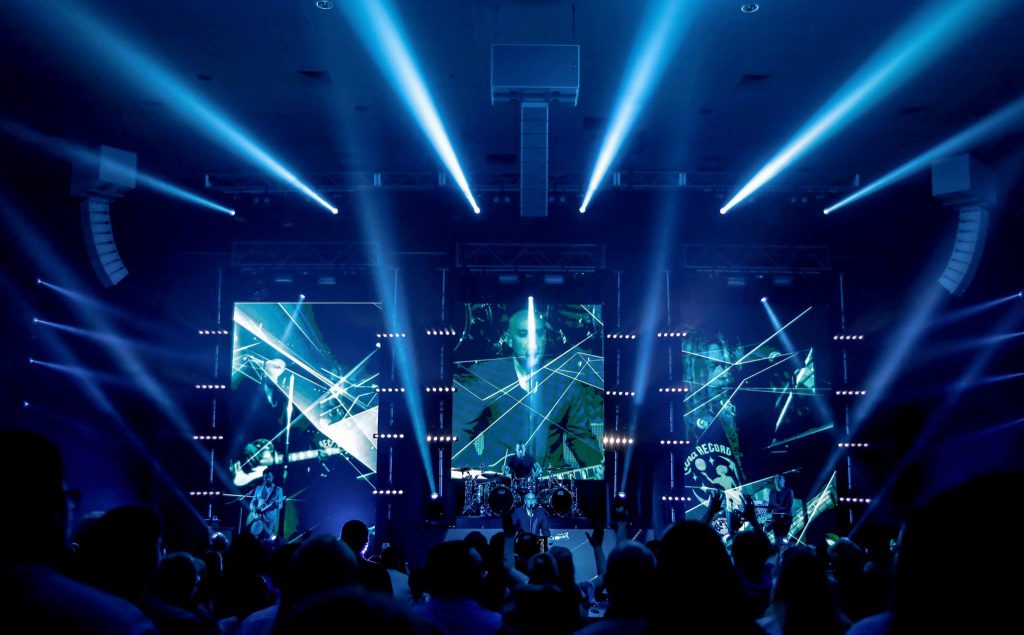