VALLE VERDE, MEXICO – A crowd of over 7,000 waited eagerly for the legendary Ana Torroja to appear at the esplanade of the Chihuahua Desert Museum of Delicias. They immediately erupted into wild cheering when the former singer from Mecano stepped on the stage dressed in a stunning blue outfit and surrounded by her four bandmates, all in white. 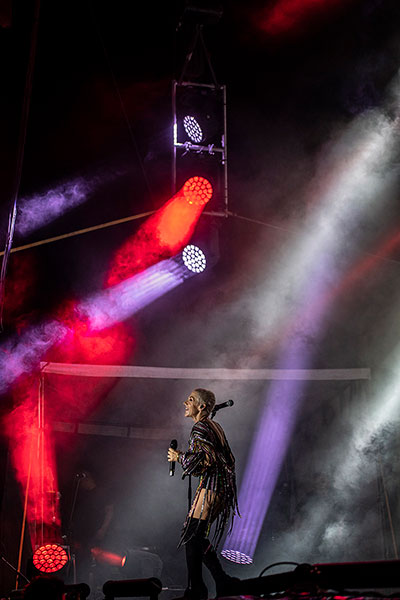 As soon as the first notes were struck, the star and her backups were engulfed in a sea of intense back and side light that moved from white to blue. It was the beginning of a magical combination of music and light at this free concert sponsored by the state government as part of the XV edition of the International Festival Chihuahua.

Contributing to the immersive visuals was a collection of 64 CHAUVET Professional fixtures, which, like the rest of the rig were supplied by Chihuahua-based Pro Audio Soluciones S.A. de C.V.

Making this civic stop as part of her successful “Back” tour, Torroja engaged the crowd with sing-alongs and personal recollections of her storied life and career. She had an extensive music catalog to draw from during her show. As a member of Mecano, she was part of one of the most successful Spanish groups of all time. (To date, they have sold in excess of 25 million albums.)

Torroja also has achieved success in her own right. Her solo hit, Pasajes de un Sueño, (“Passages of a Dream”), was the best-selling record in Spain. Fittingly, a dream-like mood was cast over the stage by the rich mix of overlapping colors created by the rig’s 16 Maverick MK3 Wash fixtures and 24 Rogue R2 Wash units.

The 40 wash fixtures were flown on mid-stage truss in addition to being floor mounted and hung on side-stage truss. From these positions, they bathed the stage in color from every direction, creating a sense of depth and texture that endowed the star’s performance with extra passion and energy.

Adding excitement to the lightshow were 24 Maverick MK1 Hybrids. Positioned on the stage deck, some of these 440W fixtures were used to provide aerial effects. Other units, which were flown on truss, engaged the crowd with audience lighting. 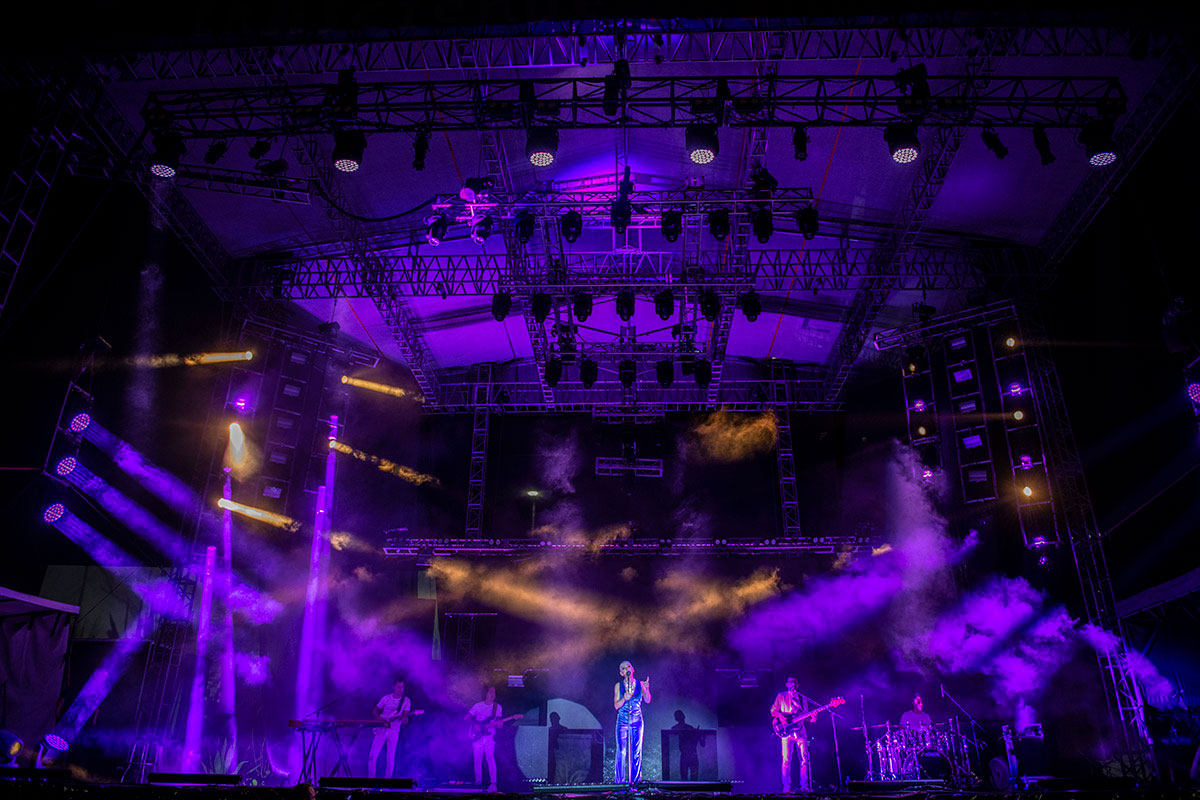 Fans of Torroja came to the Chihuahua Desert Museum to see a legend. They weren’t disappointed, thanks to the singer’s passionate performance and a colorful lighting design that did her magnetic music and personality justice.