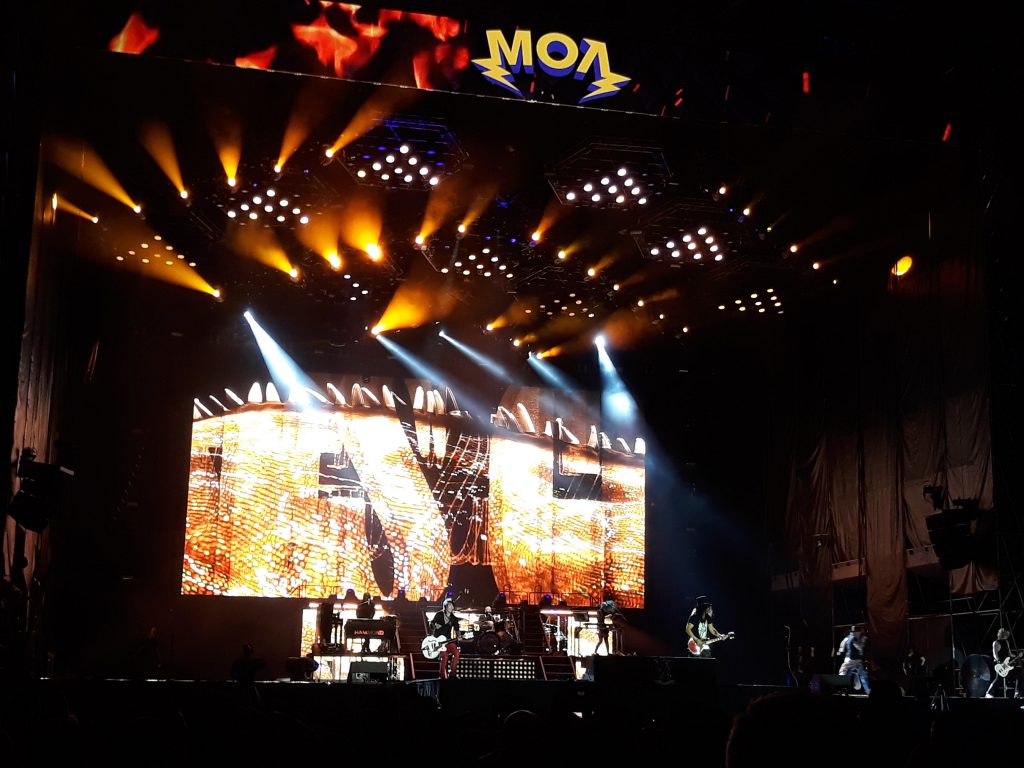 MONTERREY, MEXICO – Nothing was held back at the Tecate Mother of All Rock Fest 2018. Bands like Whitesnake and Garbage gave full-throated performances. Headliner Guns N’ Roses turned up with the legendary Axl Rose, Slash and Duff McKagan, accompanied by Dizzy Reed, Richard Fortus, Frank Ferrer and Melissa Reese, and roared through an intense set.

Matching the performances on stage note-for-heart-pounding-note was an intensely bright lightshow from Serpro Producciones that was anchored by 95 CHAUVET Professional Maverick MK2 Wash fixtures.

The dramatic stage lighting rig featured nine hexagon-shaped truss configurations. Flown in an oval pattern over the stage, these structures served as a scenic element in addition to holding some of the rig’s Maverick MK2 Wash fixtures and other luminaires. Hovering over the stage, they created an air of anticipation, as if they were a spacecraft. The fixtures held on these structures were used for downlighting and specials.

Other Maverick MK2 Wash fixtures were flown on upstage and side truss around the massive LED video wall that dominated the stage’s backline. From this position, the RGBW washes were used to shower the stage with vivid colors, often coordinated with the images displayed on the video wall.

All of the Maverick MK2 Wash fixtures in the rig were used to create crossing patterns on the stage at various points in the three-hour show. The high-output fixtures were also used to create block out full-color looks on stage and for aerial washing.

The Parque Fundidora of the City of Monterrey Nuevo León hosted the second edition of the Tecate Mother of All Rock Fest, which also featured performances by Eruca Sativa and Steel Panther. Based on the enthusiastic reception that this event received, it’s safe to assume that one of the newest festivals on Mexico’s music scene will be around for a long time to come.