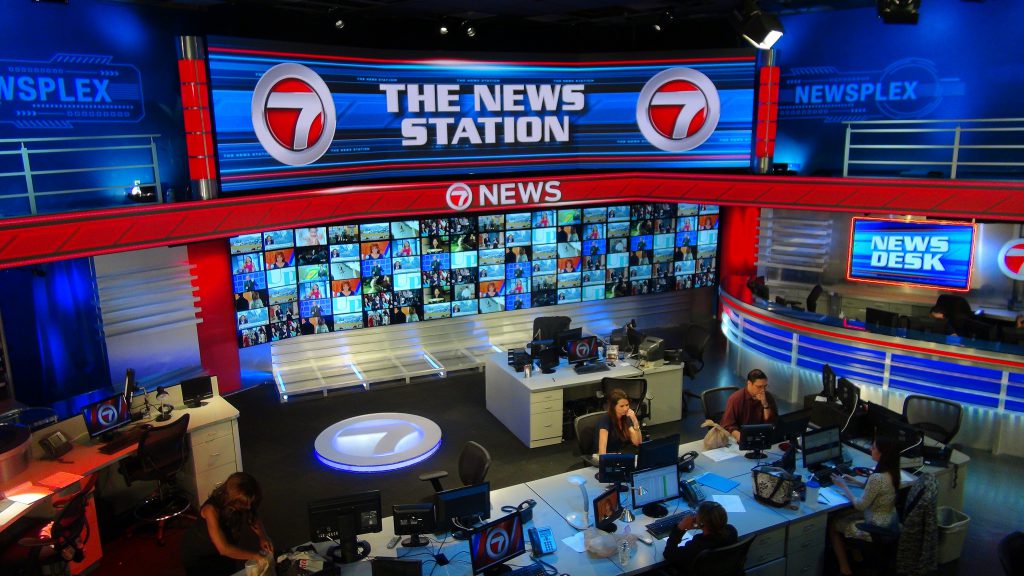 MIAMI – WSVN Channel 7 is serious about delivering news to its large South Florida audience. So serious, in fact, that it devotes more hours to local news programming than any other TV station in Florida and is the fifth highest in that category in the entire US. In keeping with its commitment to engaging viewers with the news, the station recently installed two eye-catching LED video displays using 120 PVP S5 panels from CHAUVET Professional, which were supplied by Midtown Video of Miami.

The first display is a massive monitor at the center of WSVN’s spacious “newsplex” studio. The second, which runs around the second floor of the bi-level studio, is an LED video ribbon, similar to the displays found at sports arenas. According to WSVN News Operations Manager Patrick McNiff, the two LED video displays have opened a new world of communications opportunities to the news department.

“We added the Chauvet panels, because our executive management decided they wanted a new set and wanted something big that could help tell stories,” said McNiff. “We knew right away video panels were the tool for the job. Prior to installing the Chauvet products, we had been using light boxes with static graphic images. If you wanted to change the images shown with these boxes, you had to order them. This could take weeks, so they didn’t get changed that often. Replacing these light boxes with video panels has opened a new world, giving our news team the freedom to get extremely creative to when using graphics and video clips.”

Aside from opening new creative opportunities, the new PVP S5 video panels also give the WSVN news department greater flexibility when covering breaking stories. “The beauty of video panels is that they make it easy for us to show whatever we want,” said McNiff.  “Of course we always showcase our station franchise look, but it’s also easy to switch to daily topical and breaking news content. We can recall any of the over 200 different setups we have for the video panels when we want to go back to a look. We use a combination of ArKaos software and DNF control panels to make it all happen. ”

Although WSVN considered projection video screens, the station decided on the LED panels because of their energy savings, lower heat emission, superior color rendering and spatial advantages. “Space was definitely an issue, as well as the ambient lighting in the room,” said McNiff. “We went through a lot of projectors and never got the look we have been able to achieve with video panels. Also the long term cost of ownership is far less with the video panels. Projector bulbs are very expensive.” 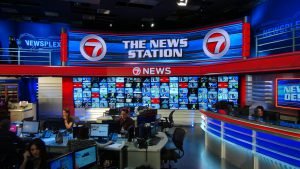 Looking at the PVP S5 panels specifically, McNiff was impressed with their high refresh rate.  “First of all these panels look great on camera; a big part of it is the high refresh rate,” he said. “Refresh rate is a big concern with a lot of LED products on the market. The camera and the human eye may not always see things the same way, and your video panels have to account for this discrepancy.”

Taking advantage of its spacious newsplex set, WSVN tends to shoot anchors and reporters from a variety of different angles during newscasts.  Given that the studio’s main video wall is so large, it is therefore seen from many those angle shots. Consequently, the ability of the panels to handle a wide range of viewing angles was a concern when the station began its redesign project.

“The way our format works, we shoot the panels from many different angles,” said McNiff. “The viewing angle of these panels is really a lot better than we expected. We do some pretty dramatic jib moves and the panels look great from all angles.”

The WSVN news team has been uniformly happy with the way the panels have helped them engage viewers in breaking stories and other features.  With their crisp vivid images and rich true-to-life colors, the panels move viewers a step closer to every story and make them feel that they are more a part of the newscast.  When asked if he would recommend the panels to others news departments, McNiff responded: “Of course and in fact I have.  All you have to do is take a look and you can see why it was a good decision.” 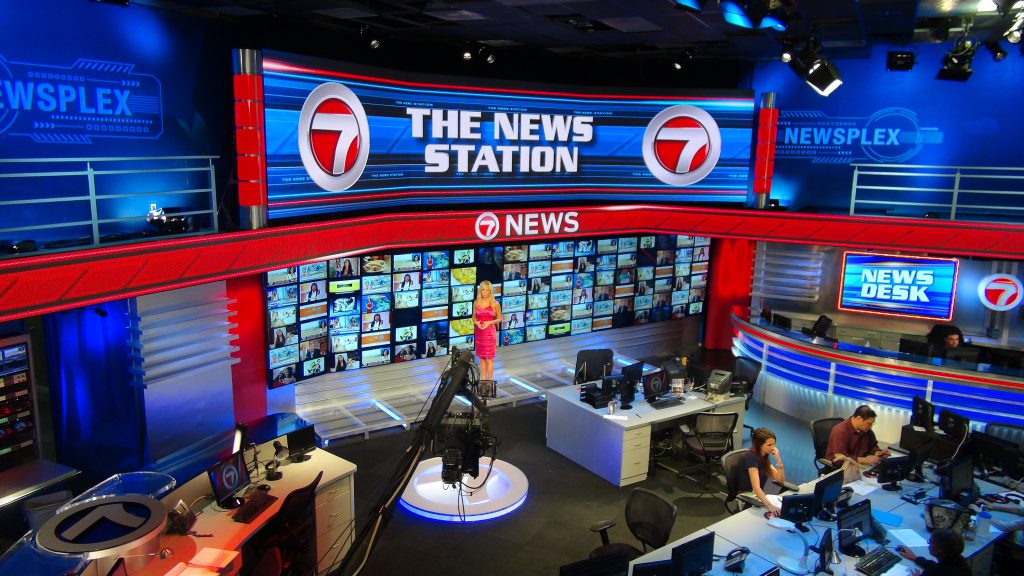