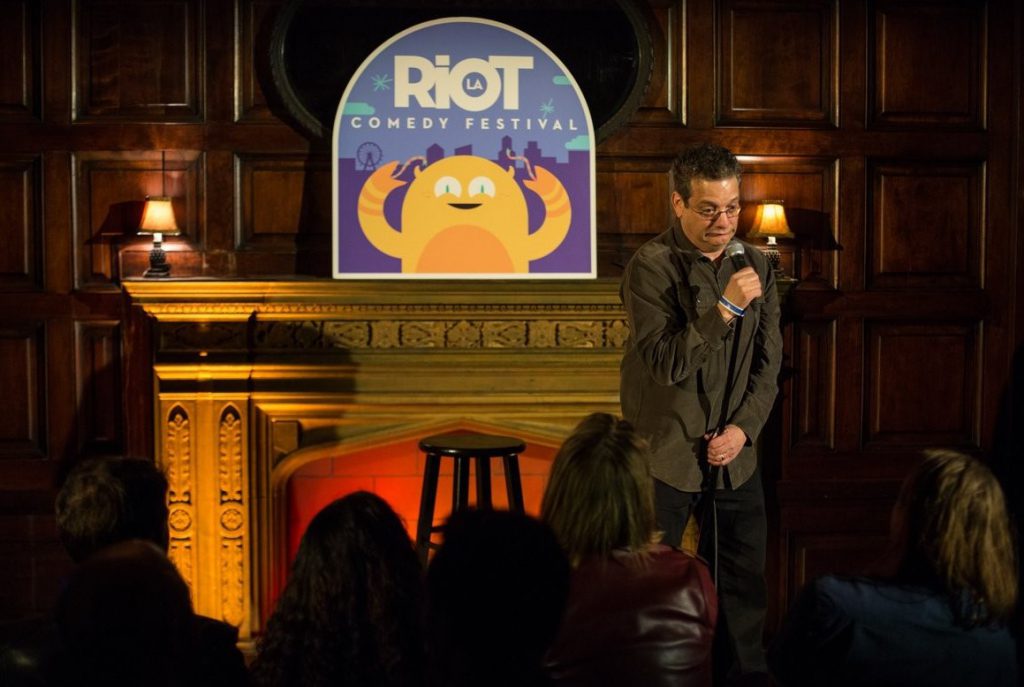 LOS ANGELES – Everyone can use a good laugh nowadays, and for four days and nights earlier this year, the people of Southern California were treated to a bushel full of them at the fifth annual Riot LA Comedy Festival. Even a very un-SoCal-like torrential downpour couldn’t dampen the fun at the 35 shows that were performed at various venues around Los Angeles during the event; nor could they dim the brightness of the CHAUVET Professional COLORado 1 Solo fixtures supplied by 4Wall LA that were used to light the festival grounds. 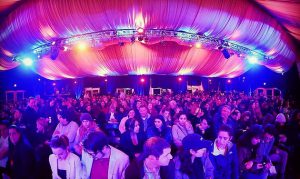 Lighting designers Joshua Cuellar and Sohail Najafi of the Najafi Design Group positioned 60 of the IP65-rated RGBW LED washes at strategic spots throughout the festival, which showcased the talents of comics ranging from the legendary Mel Brooks to the sassy Ali Wong, to 2016 Golden Globe winner Rachel Bloom.

“We placed all 60 of our Colorado 1 Solos outdoors around the festival grounds as well as at the main festival entrance in the outdoor comedy tent,” said Cuellar.  “It is worth noting that they got very, very wet, but they survived LA’s ‘storm of the century,’ during which we saw record breaking rainfall.  I believe it rained three inches within a 24-hour period. That kind of rain is unheard of in Los Angeles.  We specifically went with this COLORado fixture because of its IP rating, and we were not disappointed – the inclement weather didn’t bother it at all.” 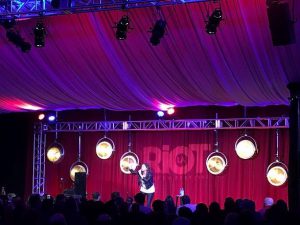 Aside from being ruggedly weather resistant, the COLORado 1 Solo fixtures were also standout performers in their own right, rivaling the brightness of the quickest comic. Cuellar and Najafi used the high output homogenized LED washes — which have an illuminance of 5,370 lux at five meters with a 4⁰ lens — to cover the festival grounds with rich and upbeat reds, blues and other primary colors.

The wide 8° to 55° zoom range of the COLORado 1 Solo also contributed to the welcoming looks that Cuellar and Najafi created at the festival by making it easy for them to change coverage areas so their lighting could better blend with different scenic and architectural elements.

In addition to the COLORado 1 Solo, Cuellar and Najafi incorporated 20 COLORado 1 Quad Zoom Tour fixtures into their festival design. This fixture was used to add color and texture to some of the smaller indoor venues around the festival that featured up-and-coming comics.

“The Quad Zoom proved to be a very flexible fixture,” said Cuellar. “It worked well for us highlighting individuals as well as flooding the entire stage, and its colors were very true. In general this was a nice event to be a part of, since everyone’s spirits were so high – and it was a good feeling to add to that mood with our lighting.” 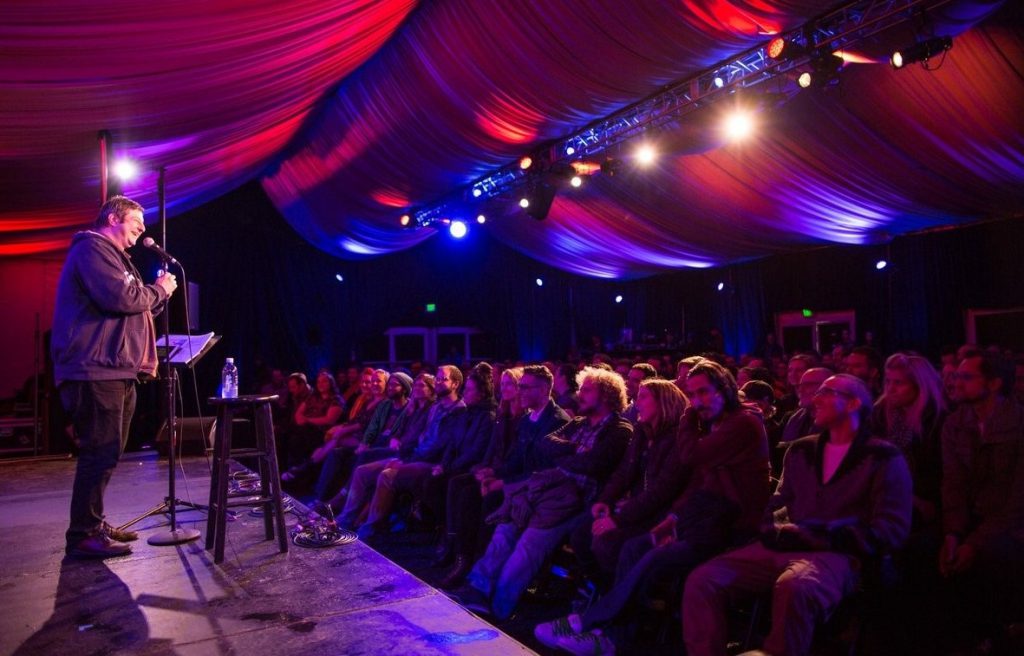