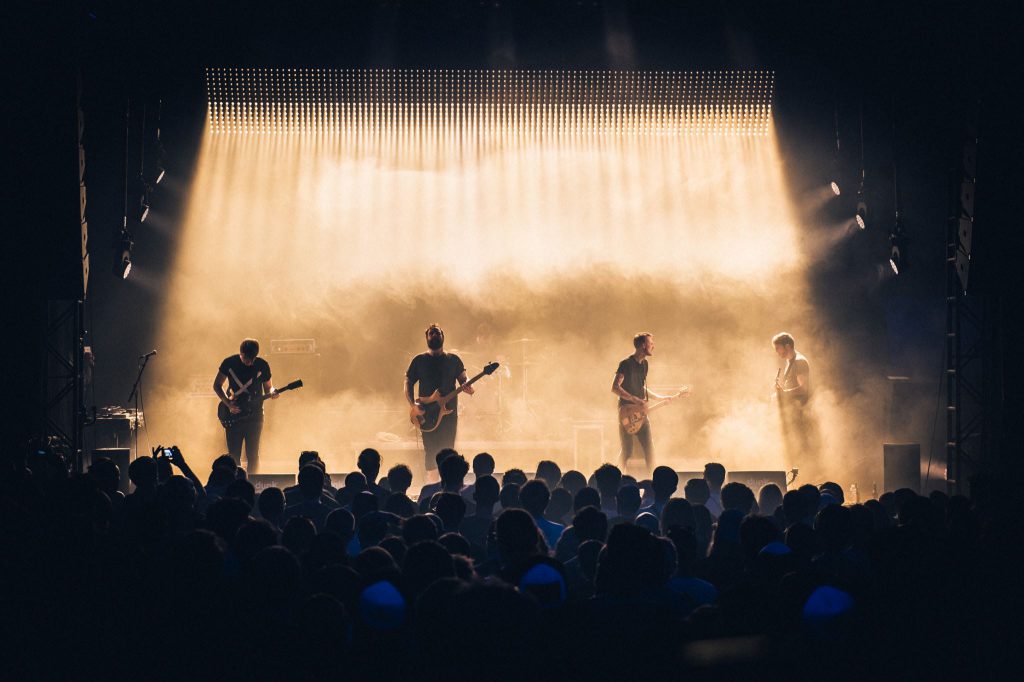 Ghent, Belgium – The Dunk! Festival is one of Belgium’s fastest growing independent festivals, organized by a team of passionate music loving volunteers with a sustainable and DIY ethos. The festival acts as an extension of the independent record label, Dunk! Records, and as such serves as a platform for its bands to perform to thousands of post rock and post metal fans. 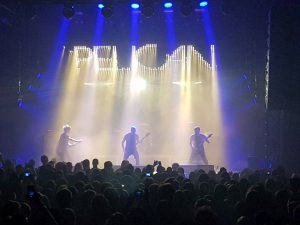 “I wanted to create big looks for the Dunk! Main stage. My concept was to recreate the rock ‘n’ roll feel of the old par can tungsten fixtures, while incorporating new technical features like pixel mapping into the mix,” commented Heerinckx. “The Nexus fixtures provided the perfect solution; not only could they provide classic looks, I was able to incorporate them into the video visuals during the show.” 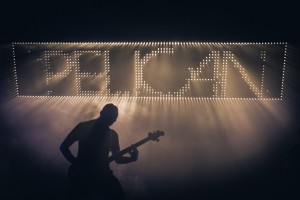 Thanks to the versatility of the Nexus Aw 7×7 fixtures, which were hung from overhead truss on the stage above a central video wall, Heerinckx was able to individually pixel map the LEDs to effectively extend the video wall, a great visual enhancer, which awarded the stage with an impressive high-end production look.

“The pixel mapping capability of this fixture presented me with limitless possibilities for creating customized looks,” continued Heerinckx. “Being able to pixel map the huge surface area of the 42 Nexus Aw 7×7 screens enabled me to create some great effects, for example, spelling out the band’s names with pixelated beams or continuing patterns or motifs from the video wall.” 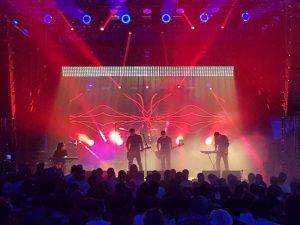 In addition to providing visual effects, the Nexus also served spectacularly as a lighting fixture in its own right. “I like the Nexus especially because of the narrow beams and the tungsten look the LEDs produce,” continued Heerinckx. “Combined with fog from the smoke machines, the beams added a whole extra layer of depth and atmosphere to support the bands on stage.”

In addition to the beams, the other features of the Nexus proved extremely important for Heerinckx’s lighting design. “The Nexus’ warm wash and blinder feature meant that I didn’t have to specify other fixtures for these jobs. Added to the fact that the Nexus have very low power requirements compared to traditional tungsten lamps, the Nexus fixtures fitted in perfectly with the ethos of the festival.” 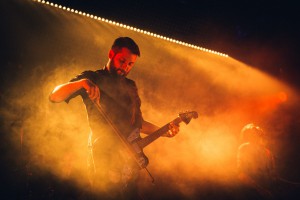 Thanks to Heerinckx’s intelligent employment of Nexus fixtures, the Dunk! Festival’s main stage looked absolutely spectacular, not least because of the fusion of video and the Nexus’ pixel mappable tungsten LED. “I had so much positive feedback from festival goers impressed with the main stage’s lighting and video mix,” concluded Heerinckx. “I’m really glad that people will go away from the festival with the visual of my design in their minds, a visual impression that is inextricably connected with the Nexus Aw 7×7.”