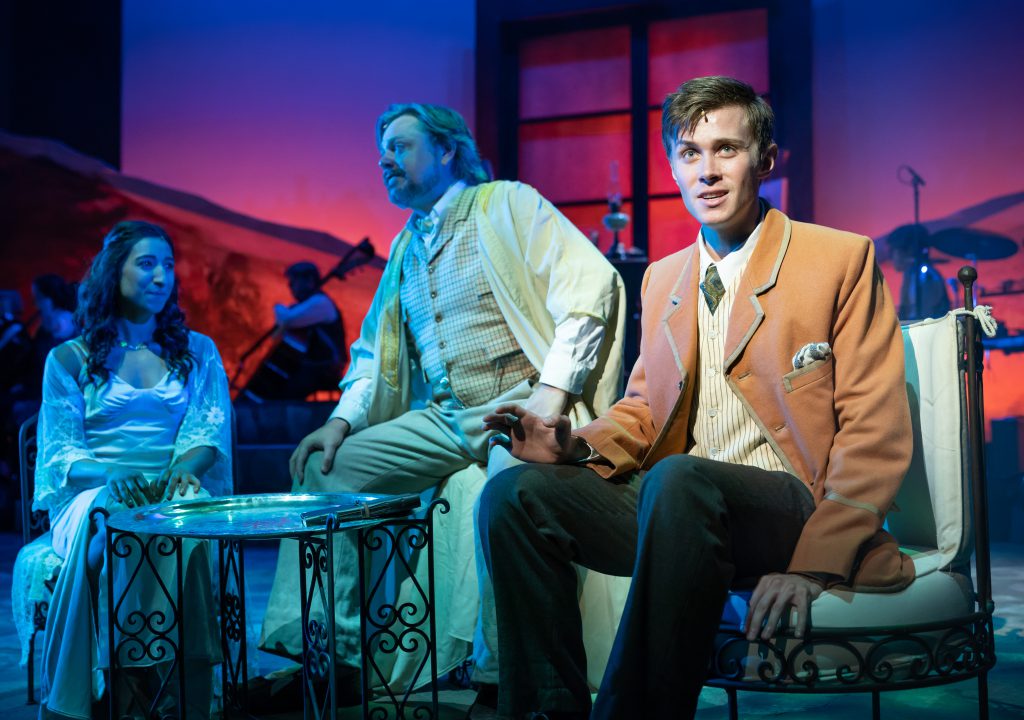 Theatre may, as some believe, offer an “escape from reality” that gives people a new (and hopefully wiser) way of looking at their real lives when they return from their brief sojourn into the imaginary world depicted on stage. Like all worlds, however, even the invented one of theatre must be marked off by space. It is the role of lighting design, believes Nic Farman, to help lend this spatial definition to the stage in a way that moves and engages audiences.

Winner of the 2016 Worshipful Company of Lightmongers & ALD Award for New Talent in Entertainment Lighting, Farman has become extraordinarily adept at shaping the dimensions of the stage in light. This was made vividly clear recently in his work lighting the critically acclaimed West End production of Broken Wings, the Nadim Naaman and Dana Al Fardan musical based on famed poet Kahlil Gibran’s moving autobiographical tale of loss and love.

In Farman’s hands, lighting not only provided a source of illumination, but also a powerful architectural framework that focused the audience’s attention. Drawing on techniques, such as lighting scenic wings to contrast against cyc lighting, the London-based designer created a palpable sense of space on stage. In so doing, he not only conveyed a sense of place, as the story moved between Lebanon to New York, but also the evocative passage of time. 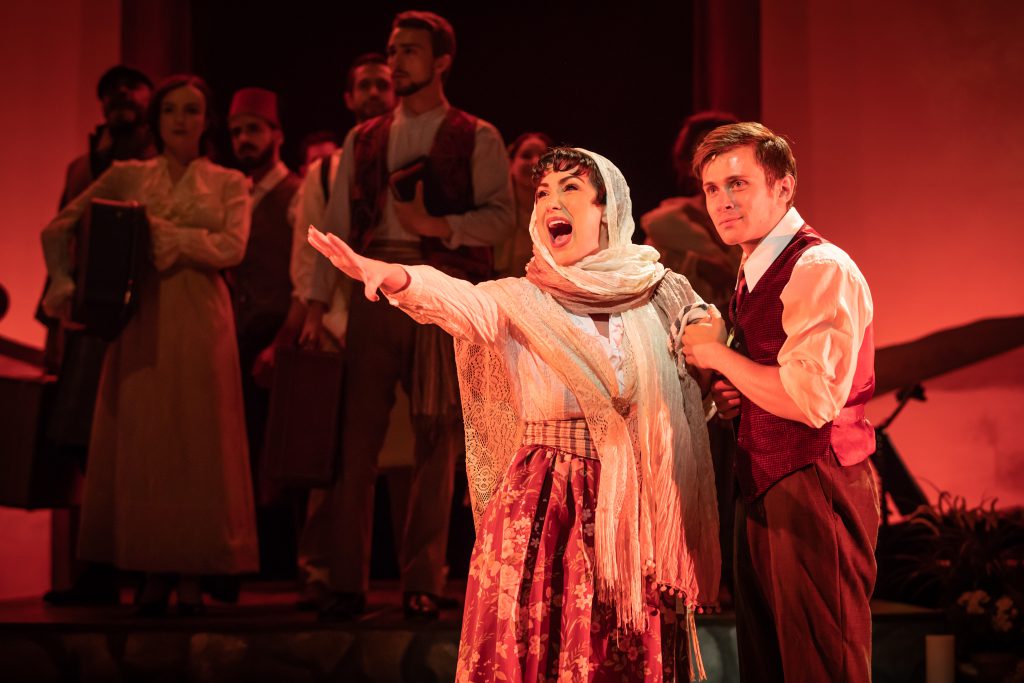 We spoke to Farman about the art of defining space on stage.

In Broken Wings, you didn’t merely light space, you also defined it at some points in the play, using lighting to segment the stage into different areas. Can you give us some insight into the thought process behind this?
“I believe that a huge facet of lighting design is controlling where the audience’s attention is focused. It’s important in my view to define space and create a focal point for the audience. By drawing down to a contained space you ‘buy’ the impact when you expose the full stage again. Sometimes this may be done with a scenic change, or it may be just to play with the perception of scale.

“As with a lot of my design work, this control of space has a basis in trying to create a version of reality. For example, the bar scene in Broken Wings needed to feel dark and shady — a place for dodgy deals — so holding the light tight around the tables created this sense, even on the large stage. This spatial definition is then contrasted against the cyc so we always had a sense of scale to the skyline framing the stage. The other benefit to closing tight with fill and face in a wider scene, for example the gardens, allowed texture and color to be developed on stage without washing it out with the actors’ face light.”

You lit scenic wings for contrast. How does that impact the audience’s experience?
“The scenic wings were beautiful pieces of art designed by Claudio Rosas and Mira Abad, which gave a relief to the stage, so being able to use them for contrast against the cyc was very effective. They had the dual purpose of being imagery of Beirut, but also the shape lent itself to mimicking a skyline which, when silhouetted with the cyc, was striking. The key here was always to work in tandem with the cyc, always contrasting or having subtle differences in color to give depth.” 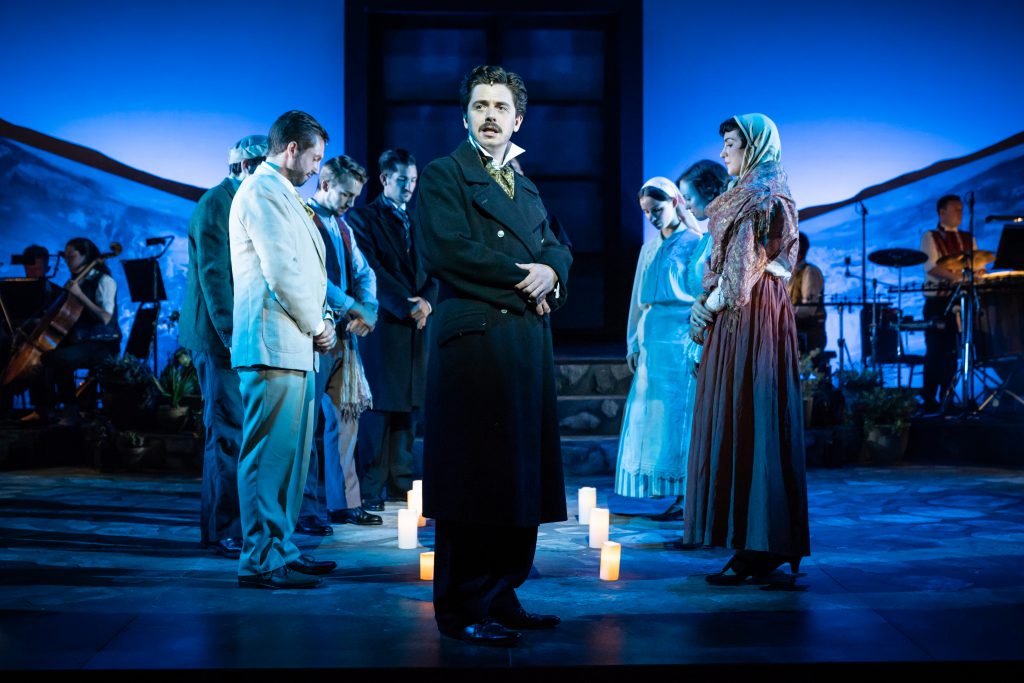 What are your thoughts on using gobos to define space on stage? Can they be overused? How do you use them without distracting?
“I believe gobos are an incredibly useful tool, both for their beam in air looks and the texture they give across the stage. It’s not as much a case of them being overused, since they’re an important device for a designer — but more that it shouldn’t be forgotten that they must always be working toward the wider aims of the design and stage picture. Balance is the key. In Broken Wings, we deployed gobos for both realism and texture, using them to mimic the soft dappled light of the garden or the hard-edged floor texture in the bar.”

There is much more use of colors and color contrasts on stage today. What impact has this had on the role of lighting designers?
“I’m not sure it’s necessarily more use today compared to the past, but the equipment we draw on now gives us flexibility and possibly punchier colors. Having the ability to crossfade through colors from a single unit helps the impact of this; using a single source casting a single shadow as it changes color is striking. However, as ever, with new kit comes a process of learning and finding the best ways to use the technology and feeding back to manufacturers what lighting designers are after. Having an infinite color palette from a smaller number of fixtures is a luxury, but it takes careful balancing to avoid losing clarity in the design.”

How do you balance traditional key lighting of actors with the evocative colored lighting you use to create a sense of time and place?
“There is always a balancing act to light for visibility and lighting for atmosphere. However, I think that the two work together to create a balanced stage picture that is both interesting and also allows the audience to see what is happening. When it comes to using saturated and bold colors, I like to use them as a base and then isolate fill light to the actors, giving them a tight area to work within. This was easier on Broken Wings, as we had followspots to allow the rich colors to still read over the face fill.”

What are your thoughts on lighting scenic elements from the inside?
“I think that in the right circumstances it can be a good solution, especially when space is tight. With the way that printed cloths can take light, it makes it a good option to light from behind, and some of the double printing that is available gives lots of options to achieve some great effects.”

How do you determine when to use ellipsoidals as opposed to Fresnels?
“For me both lights do specific tasks. I tend to use profiles for face light and side light as the ability to shutter gives me control and a nice even beam. Fresnels for wash fills mean I can create a smooth wash across the stage. I also use Fresnels for key light when I need punch and good output, especially with saturated colors.”

Light plays a significant role in conveying the story on stage, so how important is collaboration between directors and lighting designers?
“Collaboration to me is always key and I think most theatre creatives would agree. I believe the best work is created when a team is all working together; you create a cohesive, unified production. It’s often about working out the language you and a director use to work together and collaborate with. Working with Bronagh Lagan on Broken Wings was great, as we have an understanding of each other’s process, and I can translate her vision into the light on stage. It’s fantastic when you develop a relationship with a director where the communication is easy and there is understanding. I’m lucky to have worked with a number of talented and open-minded directors who facilitate this.” 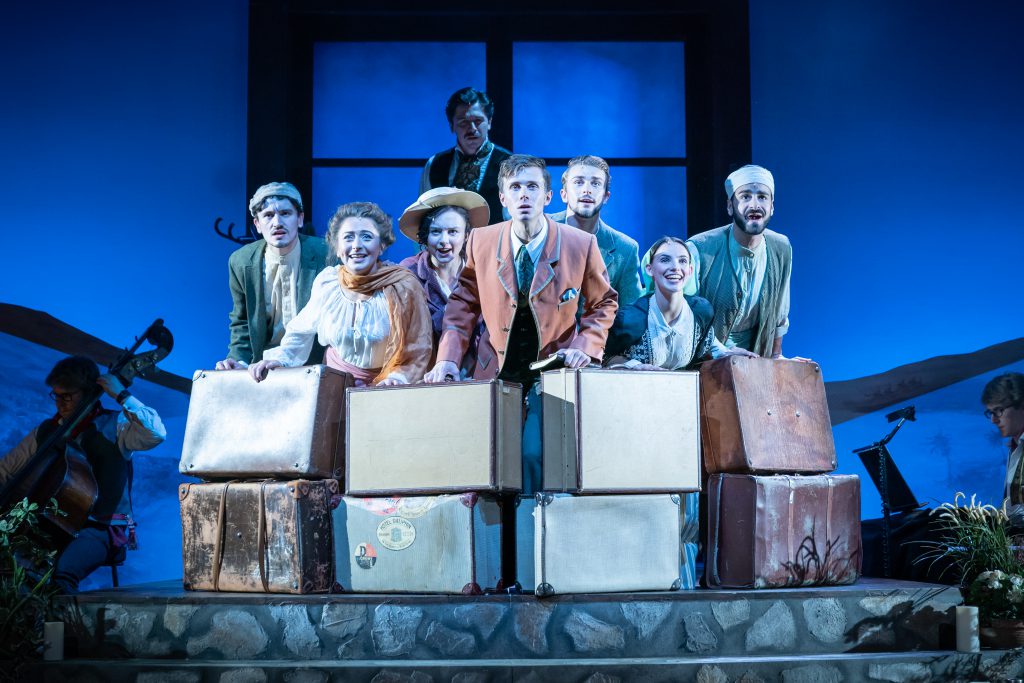