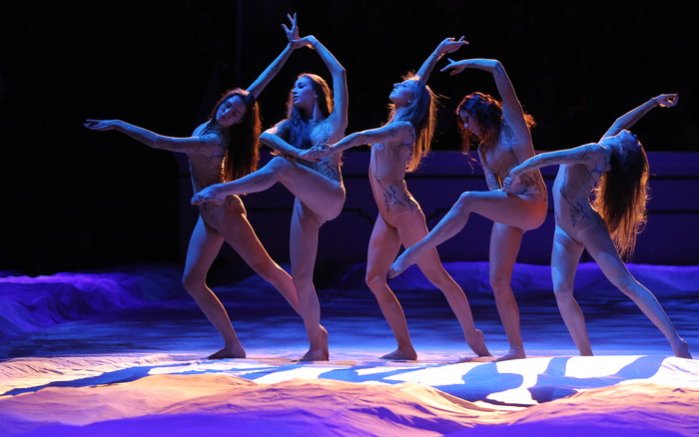 This London based designer has been involved in lighting three Olympic ceremonies, an equal number of Nobel Peace Prize Concerts, a Eurovision Song Contest and countless other major events involving massive rigs. Still, when he’s searching for inspiration, he envisions a dark stage and imagines adding one light at a time.

This elemental approach, which stems from Collier’s early days as an electrician and mechanical engineer, when no detail was too small to overlook, has served him well in a 30 year career that has netted him a BAFTA and Knight of Illumination Award, as well as a Primetime Emmy nomination. It has also earned him the widespread respect of his peers for a broad and impressive body of work that often pushes outward with intense sweeping looks without sacrificing the fundamentals.

A voting member of the British Academy of Film and Television Arts and the US Television Academy, Collier has devoted a great deal of thought to evaluating the nuances of lighting design. He shared some of those insights with us in this interview.

You were the TV lighting director for the Rio Olympic Games ceremonies. It was such an expansive lighting design by Durham Marenghi. Can you tell us a little about how you were able to convey the spirit of that design while still conforming to the parameters of broadcast lighting?
“The biggest thing with Rio was to make sure that the lighting complemented the video content completely, and did not wash out any of the wonderful imagery. Beyond that, the hardest thing was to get the balance right between the content and the performers. It was delicate placement of certain fixtures that allowed us to light the performers without hitting the projection surface, which allowed them to stand out.”

The Rio Olympics were just one of many projects where you collaborated very successfully with a group of highly talented people. What is the secret to good collaborative efforts?
“The secret is to use not just your own experience and talent, but to allow that of the rest of your team to make its way into the final show. We will regularly have a team of two or three programmers, who all have great artistic vision, and often collaborate together while I am in meetings with the production team. Their input is vital in getting the show programmed on time, and with the best visual outcome.”

You’ve now been involved in three different Olympics, do you carry over lessons from one to the other?
“Always!! I am still learning from all my jobs. Big or small, there is always something that you can learn. It may not even be specifically about the lighting, but what the other departments need from you. Huge jobs such as the Olympics rely heavily on each department helping one another.”

If you told someone you just met at a party that you were a lighting designer and they said “what’s that?” How would you describe what you do?
“I’m the guy that stops concerts from simply being radio shows.”

You’ve worked on major projects on five different continents. Does lighting design differ in different parts of the world in terms of what’s expected of it?
“The designs themselves don’t tend to differ, but there are certain countries that cannot supply the original fixtures, so you have to be flexible with fixture types. You quickly learn what works and what doesn’t. There are also some places that don’t understand why there is the need for such accuracy of fixture placement. They think that within 4 or 5 meters is fine…this can be very confusing when your main key lights can’t hit the stage properly!!”

At the Nobel Peace Prize Concert and the Montreal Jazz Festival, neither of which are ever going to be confused with EDM events, you weren’t afraid to hit the stage from multiple angles with some intense beams. We’ve been struck by how your designs are able to convey intensity without going over the top. In your view, what separates intensity from flash and trash in lighting design?
“I was brought up through TV drama, where the correct light, in the correct place, was far more important than a myriad of fixtures in the wrong place. Also, being from a TV background, I learnt to light for the 20 different angles that the cameras can see, and not simply from the front view that a stage audience sees. The different angles are often for subtlety from different shots, and not just the big, wide picture.”

Another thing that’s impressed us is how you make use of dark space even in large extravagant events. Can you describe the role you see dark space playing in design?
“This is my biggest issue with lighting these days. Some people seem to think that every space on a stage should have some light in it. They forget that what makes light look so effective, is the dark parts that it contrasts against!! This can mean using contrasting colours, but it can also simply mean light AND dark. My favourite explanation is that
the dark bits make the light bits look good!”

How do you get inspired to design? Long walks? Listening to music?
“I have no set plan for getting my inspiration, but, if I am stuck for ideas, I strip the show back to nothing, and go through building a lighting design, one light at a time. I will imagine a totally dark stage, with the act/actors/set design in it, and then add one fixture at a time until the picture starts to take shape.”

You’ve been a designer for 30 years. What are the big differences between now and when you started?
“I think the biggest thing is the advancement in technology. This has had both good and bad effects. Moving lights, LED lighting, intelligent dimming are fabulous, but the biggest thing to me is the lighting consoles, and what modern programmers can do with them. They are so intelligent, and quick now, with the built-in effects engines that we can program huge shows in a fraction of the time of 30 years ago. The problem with this is that producers now give us zero time to make the changes that we want, when we are tying to make subtle differences to the show. They simply ask for changes, which we can do in an instant, and they think it is done. They have no idea of the incredible amount of complexity that is involved in getting a show to play back effectively, without hiccups.”

How did you get started in lighting?
“I started out as an electrician, and quickly became a gaffer. My background as a mechanical engineer meant that I never had any difficulty in finding simple ways to overcome any problems. It also meant that I always wanted to know WHY. I enjoyed learning, and would always ask WHY the LD had put a light in a particular place, and what he was going to do with it. My mentor, Mike Sutcliffe, was always perfectly happy to share his immense depth of knowledge. This taught me a lot.”

Who have been the big influencers in your career?
“Mike Sutcliffe was the first big influence. He was an expert in minimal lighting. He taught me, ‘if you ever feel like you are tying yourself in knots…turn it all off, and put ONE light on’. After that, Al Gurdon, whom I still work with to this day. Lots of people think that it must be almost impossible to make a show look poor when you have 500 fixtures in your rig, but Al puts more effort into his designs than anyone I have worked closely with.” 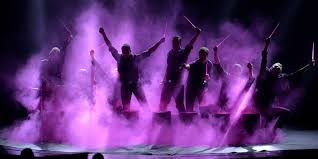 You’ve accomplished so much, it may be difficult to answer, but when you look back what are some of the things that stand out about your career?
“Being thrown in at the deep end in 1992. I arrived at a venue as a gaffer for a one hour live transmission, but was told when I arrived that I was the lighting director!! No prep, no time, just crack on and get it done. We go live in three hours.”

Is there any project from earlier in your career that you look back on and say to yourself “wow, I wish I had modern technology then, because I could have really done something better?”
“Not really. I always did the best job within the constraints at the time. And I have never walked away thinking I could have done better.”

You are a voting member of the British Academy of Film and Television Arts, and the US Television Academy; so when you vote on a lighting design award what are the things you look at?
“I like to look for the subtle things. Minimalist lighting I find extremely effective. Or subtle colour blending.”

It seems like the line between video and lighting has blurred in recent years. Does this impact the way you design?
“It is far more of a collaboration these days. The LD always used to have the last word in how the show should look. This is now changing a little, as the video elements are often so big, and bespoke for the show, that certain ‘creatives’ want the lighting to be almost secondary to the content.”

Is there any historical event (even prior to the advent of electricity) that you wish you could have illuminated? (Assuming electricity was somehow available.)
“I think the moon landings in 1969 could have used a little more fill light…
(Although I am a massive fan of the single light source.)”

What is the most important personality trait that you think a good lighting designer should have?
“There are a few important traits that a lighting designer should have.
Innovation and the ability to think outside-the-box are very important. Being a good politician has become the most important trait, though. We now have to explain ourselves more and more to people that never used to have any thoughts about the lighting.”