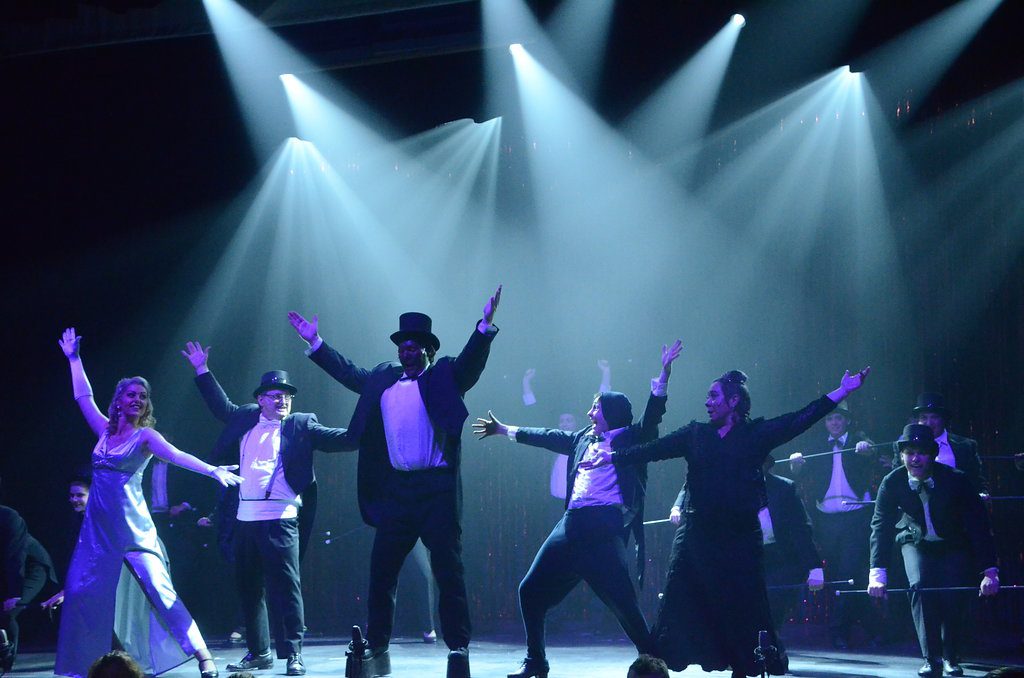 DEVONPORT, AUSTRALIA – The New Mel Brooks Musical Young Frankenstein (more commonly called Young Frankenstein) has been a popular staple in regional theatres across the globe since its 2007 Broadway debut. At a recent production of the musical comedy at the Devonport Entertainment & Convention Centre, designer Nick Glen supported the fantastical story of an American doctor who finds his body parts in Transylvania with a lighting design that smoothly balanced comedic and dramatic elements.

Glen, of Nick Glen Lighting Design, was aided in his effort by a collection of CHAUVET Professional Maverick MK2 Spot and COLORdash Par-Quad 18 fixtures, supplied by Show Systems Australia. “The performance features of the Mavericks and colors of the COLORdashes allowed me to create a range of looks,” he said. “We needed this diversity to support the show, both as a comedy and as a more straightforward story.”

Hung from upstage and midstage electrics, the 12 Maverick MK2 Spot fixtures in the rig were controlled wirelessly through CHAUVET DJ D-Fi Hub units. The 440W LED fixtures were moved throughout the show, their quiet operation eliminating concerns about distractive noise.

Drawing on the wide beam angle (13° to 37°) of the Maverick MK2 Spot, Glen had them fill a variety of roles during the freewheeling musical comedy, from creating broad crisscrossing patterns for show-tune-style dance numbers to more focused down spots for dramatic moments. The dual rotating gobo wheels of the Maverick MK2 Spot also came into play, as Glen relied on speckled gobo patterns to underscore a lurking sense of danger during some of the “monster” scenes.

The Maverick fixture’s variable frost feature that allowed it to transform from a spot to a wash helped Glen convey a variety of moods. “The frost feature is absolutely top as far as I’m concerned,” he said. “Being able to quickly flip between wash and spot effects was incredibly useful for particular scenes within the show that called for sharp changes in energy, such as the musical numbers.”

Color also played a key role in conveying different moods. Glen set an ominous, but playful tone by colorizing scenic elements with murky shades of greens and purples, dark yellows and similar hues. At other times, he lifted the mood with bolder, brighter colors. To create this color-scape, he relied on the CMY +CTO color mixing capabilities of his Maverick MK2 Spots, as well as the eight RGBA COLORdash Par-Quad 18 fixtures in his rig.

“It’s great to have such faithful color representation on stage,” said Glen. “Moreover, we didn’t have to sacrifice any brightness for it! Of course, I was also most appreciative of the versatility of my rig. I used the MK2 Spot to create all manner of looks, from very soft and subtle textures on stage to full on energy. In a musical such as Young Frankenstein, having this visual flexibility is truly paramount.” 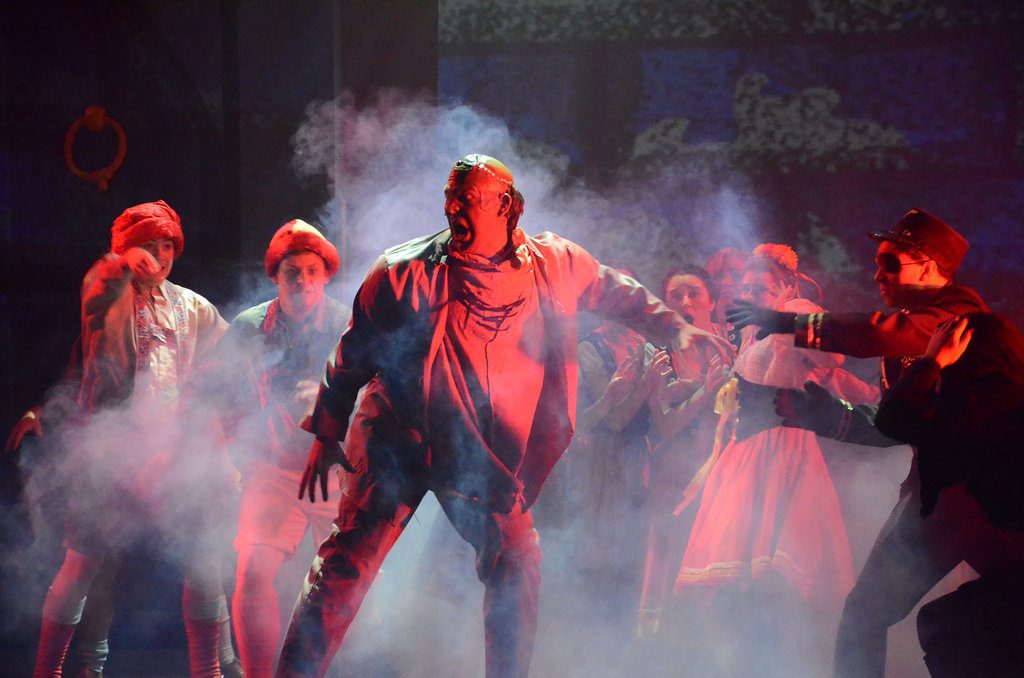