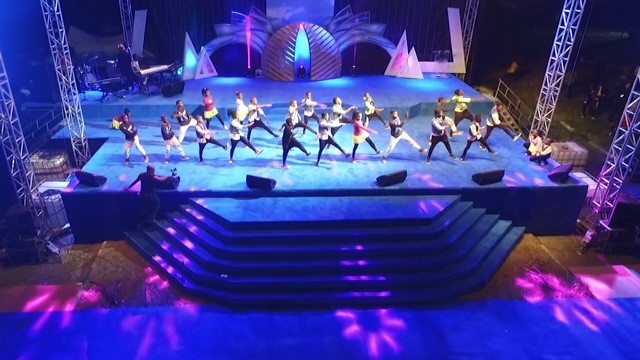 LAGOS, NIGERIA – Recently, a staggering congregation of 150,000 people gathered for the Night of Bliss, one of Africa’s most prominent religious events. Held at the Lagos International Trade Fair — the largest international exhibition in West Africa – the event space was transformed spectacularly thanks in part to the bright, richly colored light of Rogue fixtures from CHAUVET Professional.

Evans Owase of Pro-Broadcast Light & Sound used a collection of Rogue R1 Beams and R1 Spots to set an appropriately uplifting and exciting visual background for The Night of Bliss, which was conducted by world-renowned Nigerian Minister Pastor Vale Odu-Thomas.

Owase and his team incorporated 20 Rogue R1 Beams and 10 Rogue R1 Spots into their design, using the fixtures for stage lighting, audience lights and aerial effects. “To live up to the magnitude of this spiritual occasion, we required lighting fixtures which would create looks big enough to fill the enormous venue and give added spirituality to the evening’s events,” said the LD. “The Rogues were the ideal choice for this event. They gave us the tools to create off-the-scale looks in support Pastor Vale’s impassioned sermons, all the while living up to the magnitude of the venue.” 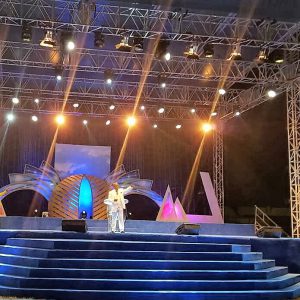 Flown from upstage truss, the 20 Rogue R1 Beams in the Night of Bliss rig were used to backlight the pastor and adorn the stage with a myriad of effects. The independently controllable prisms of the fixture enabled stunning split beam effects to be cast over the stage through a cornucopia of color. “The Beams’ combination of gobo and color effects gave us the ability to give the stage many atmospheric possibilities,” explained Owase.

The Rogue R1 Spots, on the other hand, were positioned on goal post-shaped truss in the middle of audience. They were responsible for illuminating the stage frontally, and succeeded in creating a sense of the magnitude for the occasion.

“We were able to create stunning aerial effects with the Spots, which looked fantastic when seen from the perspective of the audience,” said Owase. “Despite the relatively compact size of the Spots, they are tremendously bright, even when placed slightly further away from the stage.”

The interplay between the front spots and rear beams gave Owase and his team the necessary means to support the Pastor with a variety of emotive looks. “I knew from previous shows we’ve worked on that the Beam/Spot combination is extremely effective for creating virtually any kind of atmosphere. Both fixtures are extremely versatile, and on this occasion we were able to utilize this combination to captivate the 30,000-strong crowd and award the Pastor’s sermons with added effect.”

An additional 22 CHAUVET DJ SlimPAR Pro RGBA fixtures were suspended from above stage truss to paint the stage with color and mood. The soft pastels and rich hues of the RGBA LEDs were utilised to effectively fill in the gaps between the Rogue fixtures, and succeeded in adding to the emotive stage atmosphere.

Attracting pilgrims from all over Nigeria and the surrounding lands, The Night of Bliss was one of the region’s high-profile events. Creating big looks for this gathering was a priority for Owase. “This was a very large event and we wanted to do it justice,” he said. “Happily, we did.” 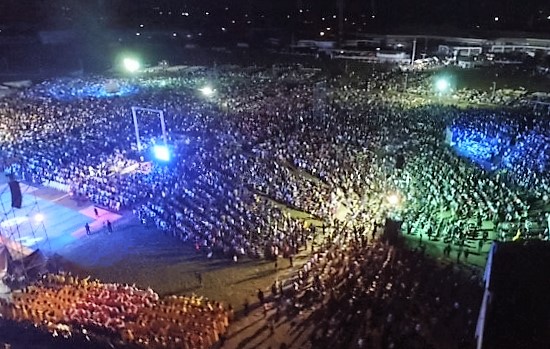