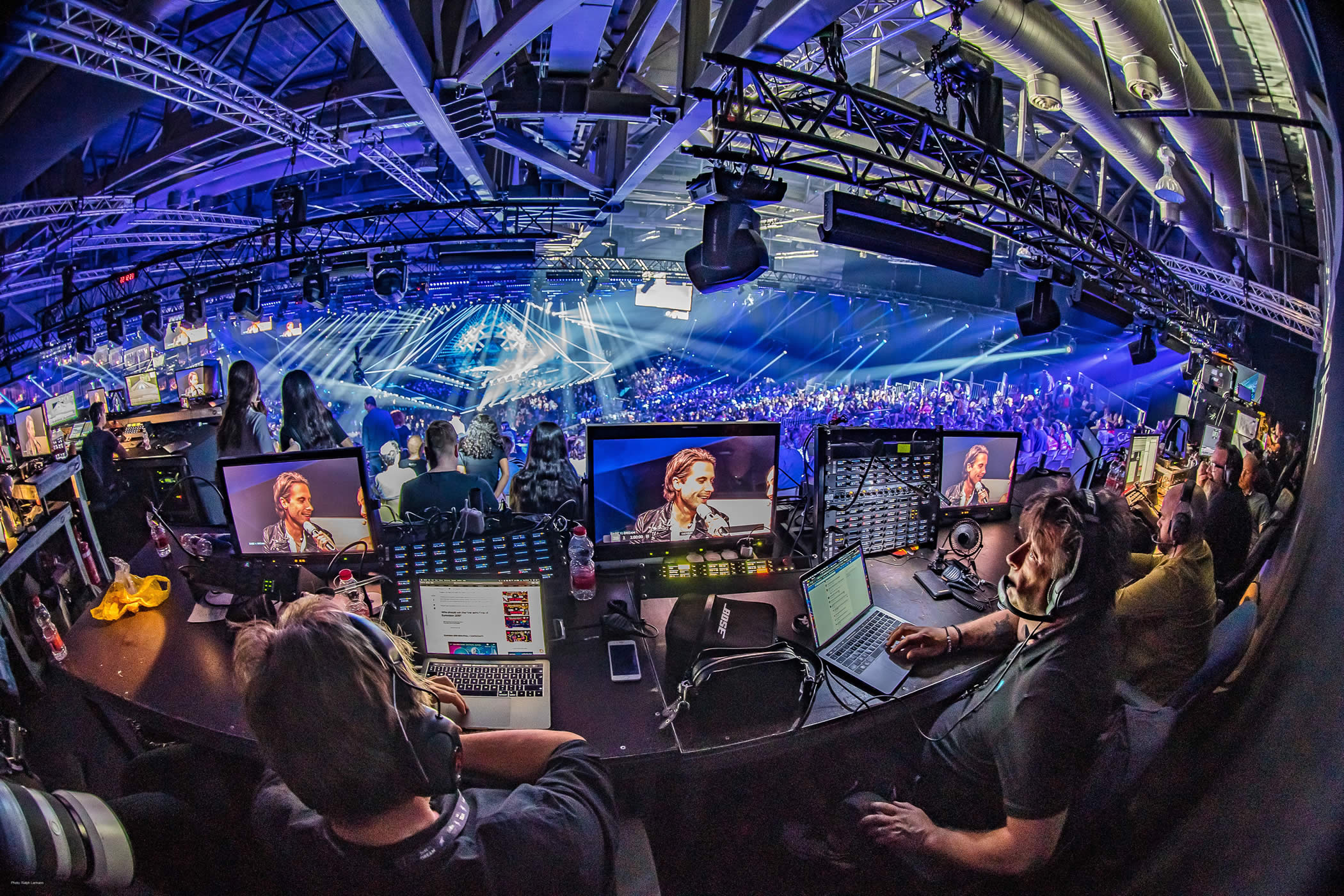 At the end of these articles, we typically ask our interview subjects how they would like to be remembered. We’ve received a lot of insightful answers over the years, but never one quite like the response from this acclaimed production manager who closed our interview by declaring “the world never remembers a coward.”

Bravery and courage are indeed essential attributes for anyone to possess, especially someone who takes on the challenge of overseeing the second largest televised production event in the world, behind only the Olympics. The unflappable Melzig has handled this undertaking with remarkable skill and style as the Head of Production of the Eurovision Song Contest, an event that in 2019 involved 2,100 lighting fixtures, 250 active DMX universes, over 80,000 meters of cable, and almost 17 million pixels of the LED gear on stage. 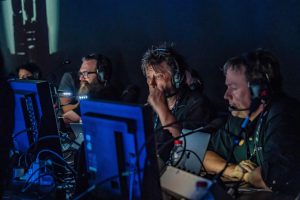 Eager to learn more about how he manages such a massive production and the lessons in planning and collaboration his experience might hold for lighting and scenic designers, we caught up with the 2017 TPi Production Manager of the Year for a chat. Speaking to us from the US office of his company M&M Production Management in Austin, Melzig discussed his 18-year run with the Eurovision Song Contest, which concluded this year. He also looked forward to his next challenge, The American Song Contest.

Some details about the new USA venture are still being developed, but one thing is certain, this larger than life 6’5” Swedish born Production Manager will be approaching this task with the kind of fearless confidence that will ensure that both he and his work will always be remembered.

You kept a diary of your Eurovision Song Contest experience every year, since you started in 2002 up until 2019, your last year with the program. Why did you do this?
“The first version of my diary was in Swedish. I did it so friends and families could follow their loved ones in my crew in their daily struggle pulling of the show. It turned out that one of our technical partners in America was sharing it with their entire office without understanding a single word. They were also the ones that asked me to do it in English, which I started with in 2003. The rest is history!”

Now you have moved on and will be working on the American Song Contest. How is this going to be different from Eurovision in terms of lighting and set design?
“Yes, this is very exciting! The adventure of a lifetime! We will absolutely not hold back on the US version. One of the major reasons that we load the European version so full of gear is that I have to give my creative team as big a toolbox as possible to create unique looks for so many songs. The visual performance has to support the song. Remember that these are all original songs, and a majority of our audience has never heard them before. We’ll face the same challenge in USA, and we will deal with it in the same way. More is more!” 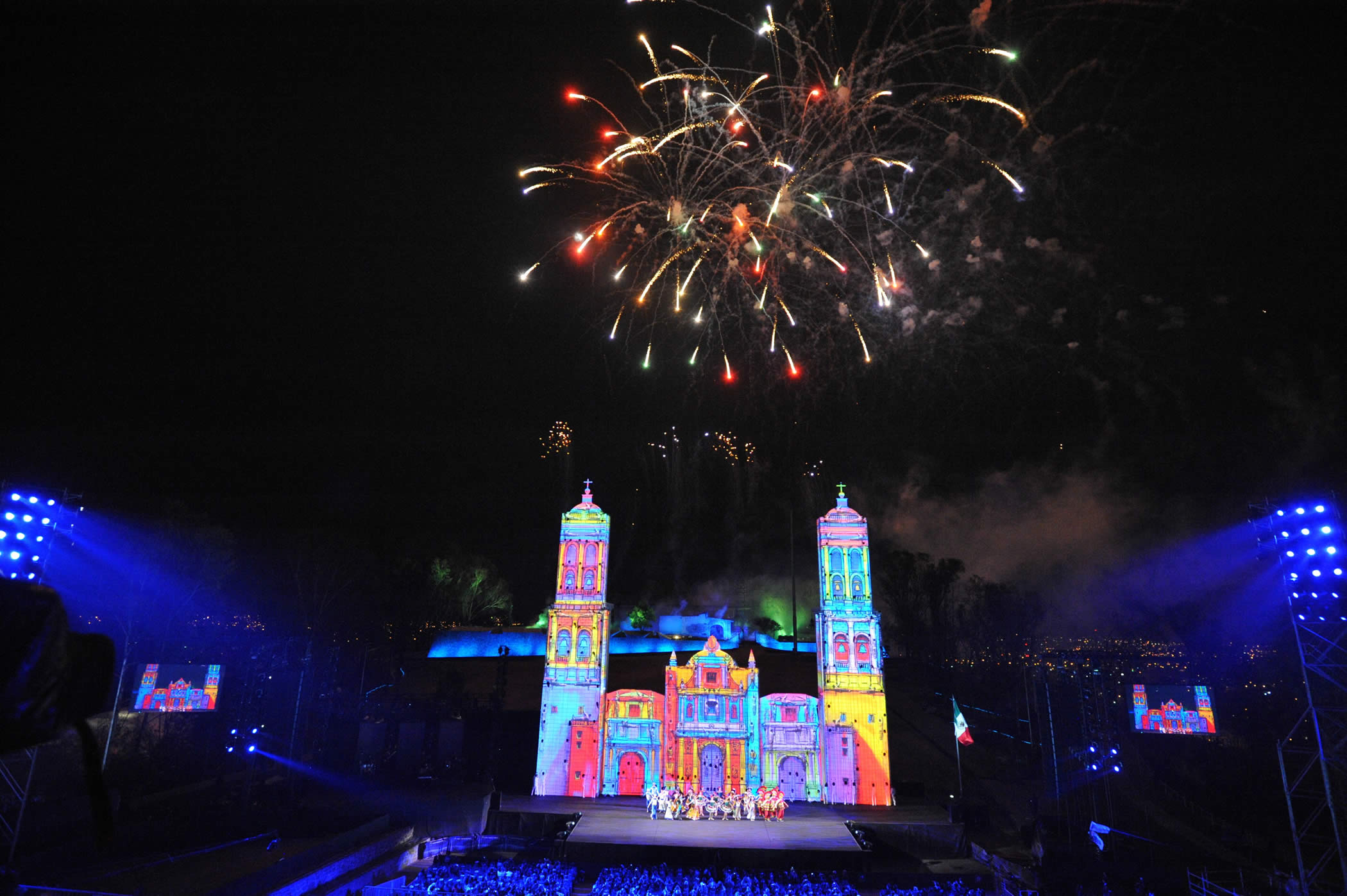 On the subject of “more,” we were struck by how massive the stage in Israel was for the 2019 Eurovision Song Contest. As Head of Production, how do you manage to create a cohesive, smoothly flowing look on a stage that is 500 meters square? During the course of your time with the Eurovision Song Contest, did you ever worry about a stage becoming too big to manage?
“We spend an enormous amount of time rehearsing all parts of the show, not only to get all the camera shots and lighting/video cues to perfection, but also to identify all the logistic bumps and find ways to work around them. After all these years, I know the formula better than most people in the world, so the basic flow planning is quite easy for me.

“Still, you always have fun surprises coming along. The Madonna set this year is an example. Her production team said there was absolutely no way that we could set it in less than 10 minutes and strike it in 5. We had 5 minutes in the script to set it, and 180 seconds to strike it. My stage managers and their crew did just that. Then again, they are the best in the world. Usually we can make things work even though the set is huge.

“But in 2009, which had the biggest set so far in the history, we had major problems with the set changes. You have around 35 seconds to do them, but when the closest holding position off camera is 75 meters from the sweet spot of the stage, you’ll have a problem. However, we managed to execute that show too, but my stage managers had 80 stagehands to help during the change overs — usually we run it with 30.”

Given the things you just described, collaboration between you, lighting designers, set designers and a lot of other talented people is obviously critical to making the Eurovision Song Contest a success. So, what’s your greatest strength as a collaborator?
“Yes, this is of course crucial to any success within our trade. I think my biggest strength is my wide technical background. I also visit trade shows every year to keep up with new technologies. I’m a great listener – and, I almost never raise my voice. So, when I do raise my voice, people will listen and act accordingly. Being a good negotiator and being able to squeeze out the maximum of the bag of money given to me is of course also a great help when it comes to getting the team on board with ideas.”

Still, how do you resolve issues when you have so many strong-willed creative people pushing different ideas?
“It’s quite simple actually. We always go with what gives us the most bang for the buck! When doing television, you always have to look at the ratio of money spent on a gag versus how many minutes will we actually use it in the show. There are of course exceptions from this rule, quite many to be perfectly honest. But it’s a good way to start the process of evaluating ideas.”

You also designed for the Nobel Prize ceremony, what was that like?
“I think it would be rude to say – like watching paint dry. Ok sue me. It’s like watching paint dry! But before you get to do that, you have to do a horrible load in at a City Hall where absolutely everyone hates you, since you occupy the elevators for a couple of days. Miserable place and a horrible show!”

How about the Commonwealth Games? You also worked on them. Can you describe that experience?
“Well, I was the Technical Director for the 2010 Commonwealth Games in New Delhi. I was thrown in as a wet towel when the first TD left in anger, with only four months to go to the Opening Ceremony. So, it was all about saving the show, and no designing at all. There was a huge international team on site, and I managed to get them all in the same boat, and row in the same direction. And that led to an opening and closing ceremony that was actually quite ok! You’ve never seen anything exotic until you’ve seen India!”

Let’s turn back to the Eurovision Song Contest. Geometric patterns have played a big role in Eurovision designs, from the diamond shapes used in Israel, to the series of triangles in 2014, all the way back to those overlapping arches in Riga back in 2003. Why are patterns so important to the show’s designs?
“Well, I’ve always been on the production side of it all, turning the visions of the creative team into reality. But all the designs from the past are a great help when you are finalizing the set, because you can use them as great references of what works on TV, and what doesn’t. And how important it is to cover all black holes in the so important diagonal shots with something.”

If you had to pick three words to describe what made Eurovision designs so successful, what would they be?
“Bigger, Bolder, Better!” 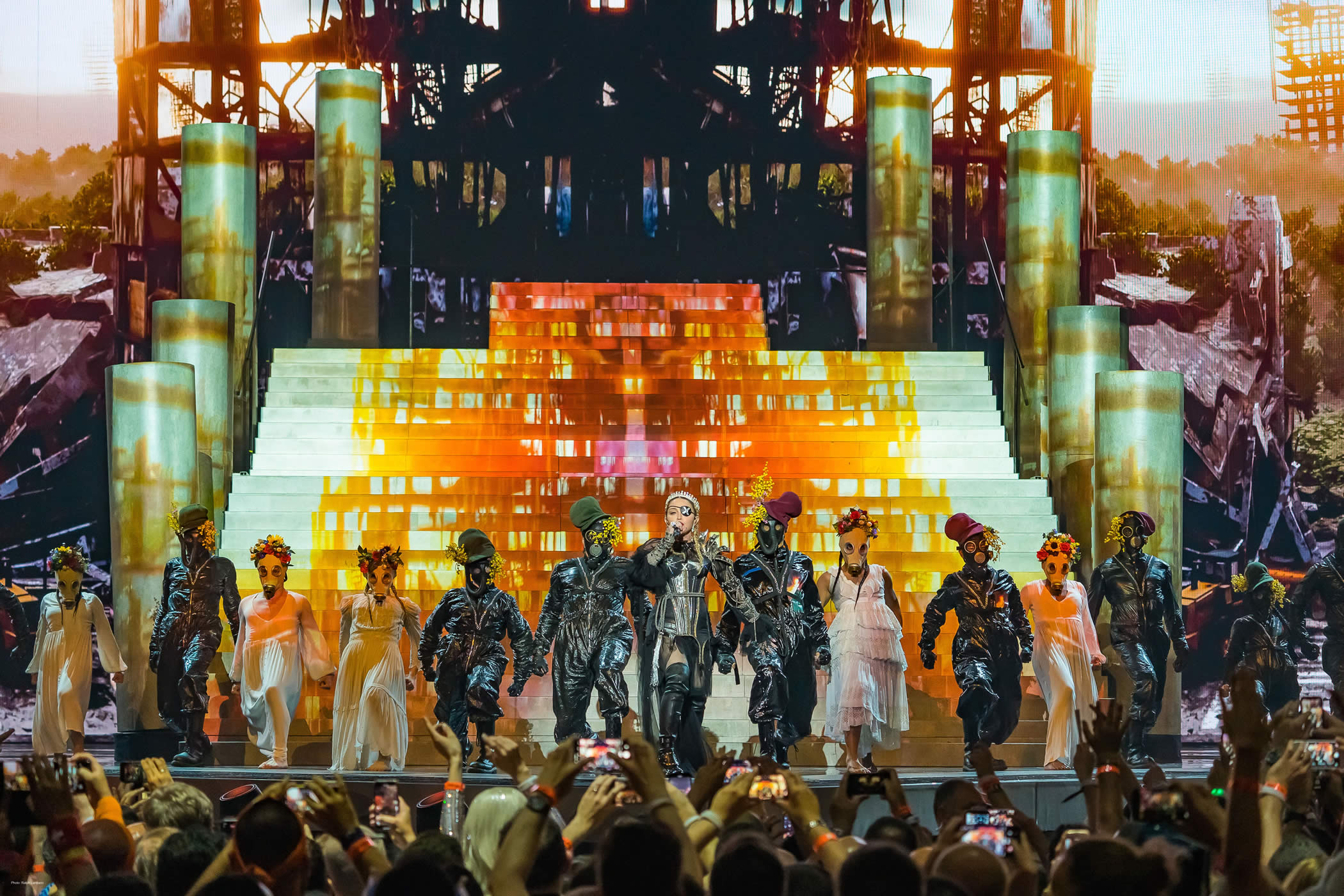 A lot of great film makers, architects, furniture designers and other people involved in the visual arts have been Swedish. Did coming from Sweden influence your development as a designer or production manager?
“No, I don’t think so. But maybe it did! Coming from Sweden has helped me a lot in building teams and running productions. Sweden is a very small country, but we have a huge export trade. Not only of music, but also from big companies like Volvo, Ikea, Ericsson to mention a few. So, in Sweden, you are forced to work in very flat organizations, because there are just not enough people to build giant pyramids. I work the same way with my teams around the world. I give out a lot of responsibility, the organization is very flat, and the communication routes are extremely clear and lightning fast.”

You now spend time in Texas. Is that a big adjustment?
“Yes, I freaking hate spiders!!!!! But besides that, I love spending time in Austin. It has such a unique vibe – it’s very casual and relaxed here. It’s too damn hot in the summer to be anything but that. Food is great, people are fantastic, and the Margaritas are huge and legendary.”

How do you get inspired at the beginning of a project? Do you procrastinate before you start?
“No, I dive right in! The sooner, the better! Time is money, and there are few projects where that is so true as in a production of the size of Eurovision. There are only a few players out there that can deliver the standards we request and the quantities we require. And the less time you give these players to act and coordinate their deliveries, the more money it will cost you. Being late is not great! So, I constantly push my creative team to finalize their planning so we can get it out on procurement as soon as possible!” 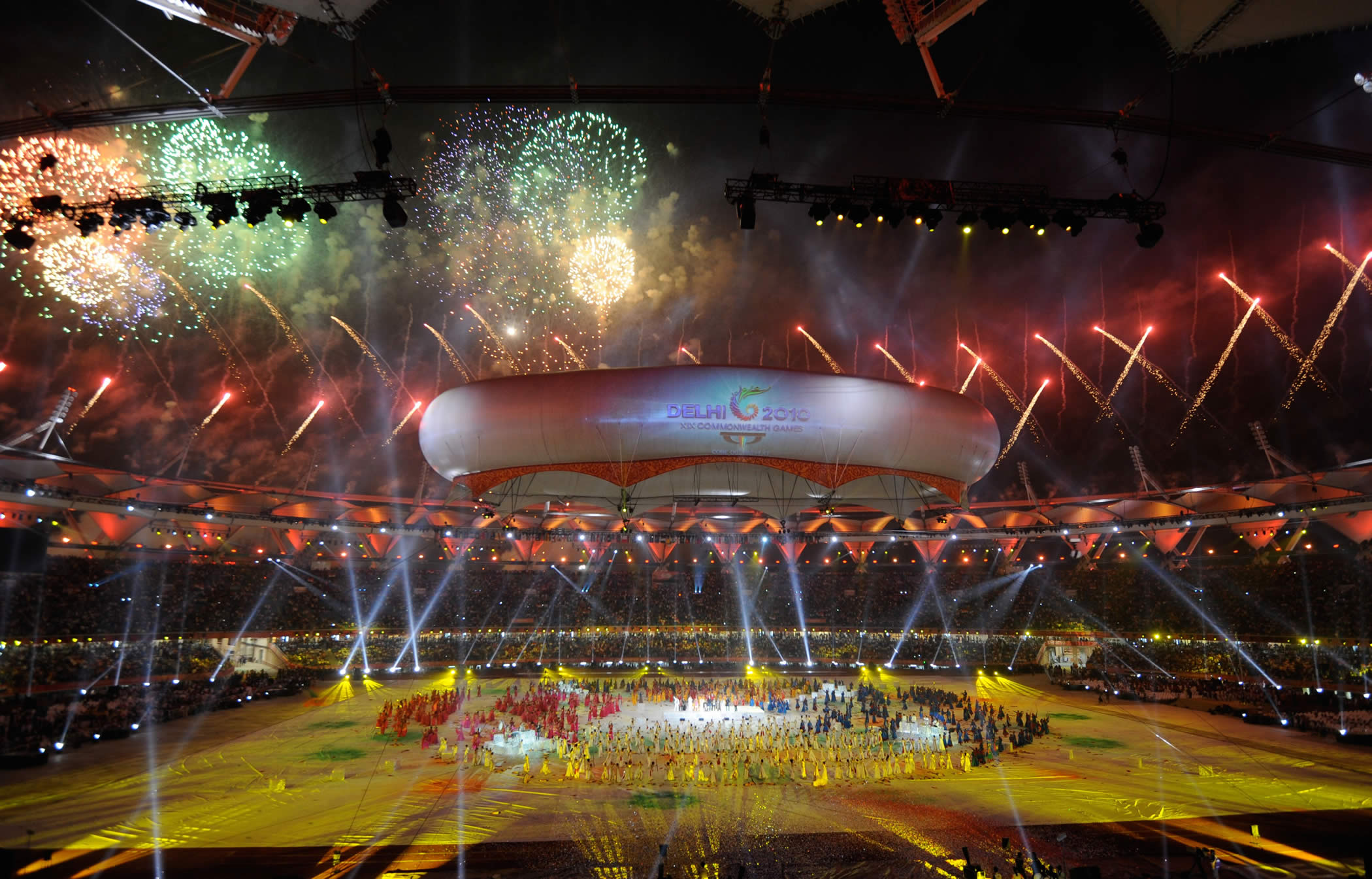 Can you give us a little background about how you got started in your career?
“I started at Step One… as a stagehand. I soon advanced to a forklift driver, then a runner, production assistant, followspot operator, stage builder, backline tech, ground rigger, lighting tech. Hell, I even did catering! I finally became a lighting designer. But soon I discovered that I enjoyed the actual planning of my shows much more than designing them, so I started to focus more and more on production. And here I am!”

You’ve worked on so many high-profile events in various capacities. Is there one event in history that you wish you were around to work on?
“Yes! The exterior lighting of the Globe Arena in Stockholm. It looks absolutely awful!”

People who know you, invariably talk about how they appreciate your wit. Does having a sense of humor help you as a designer?
“I would say a sense of humor is a must when you do what I do! The days are long, and the stakes are very high. It would absolutely suck if we couldn’t have fun at least while doing it.”

How would you like to be remembered as a production manager?
“Fun, fair, generous, smart and ambitious! The world never remembers a coward!