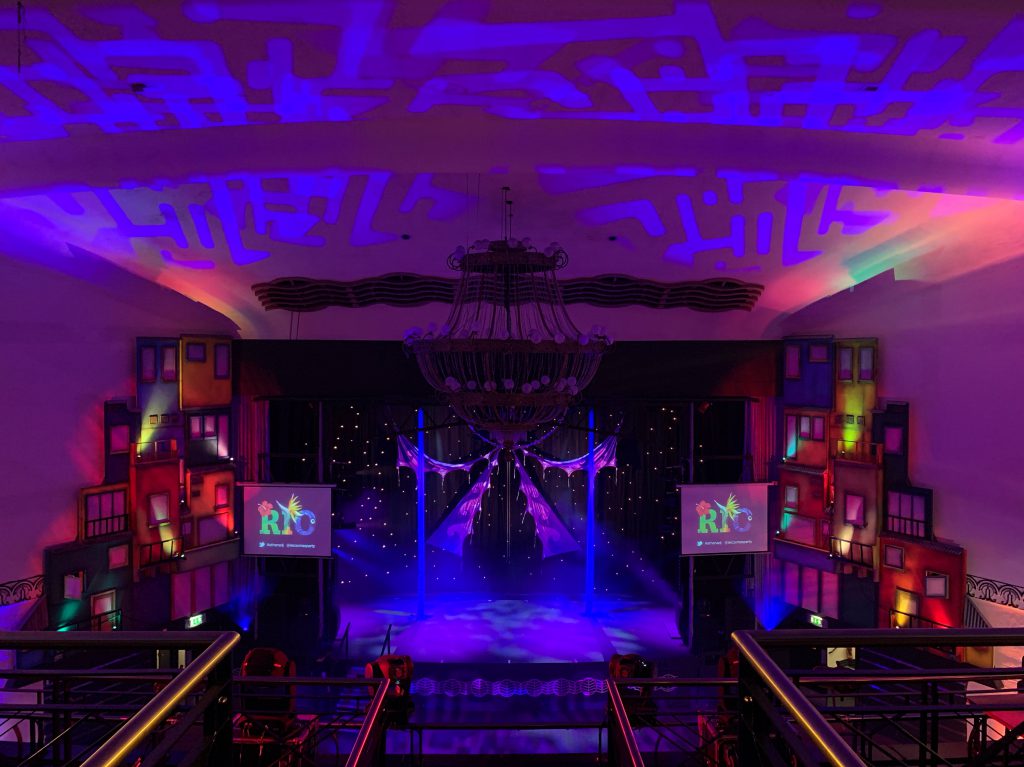 LEICESTER, UK – Beautiful beaches, tasty Caipirinhas and soulful music: probably enough reasons to justify why over 2 million people travel to the Rio de Janeiro carnival in Brazil each year. Naturally, when the team at Vivid Experience decided upon this exotic South American festival atmosphere as the theme for the Athena Christmas party in the cold East Midlands region of the UK, they knew that recreating this warm-weather carnival atmosphere was not going to be a simple task.

“The synergy between the Maverick Spot and Wash is pretty powerful,” commented Moore. “Combining both wash and spot can provide a seemingly infinite number of looks, and certainly contributed to giving the venue that all-important carnival feeling.”

Moore was able to create beautifully saturated colors thanks to the wash units, while using the spot fixtures to create theatrical looks. “The Mavericks provided an incredible warmth within the venue – the key cornerstone of any party with an exotic theme,” he said. “I found the wash fixtures to be surprisingly versatile; they allowed us to change quickly between general lighting at the beginning of the evening to more concentrated theatrical lighting as the evening progressed.”

Central to awarding a more theatrical element to the evening was the wash unit’s 7° – 49° zoom feature, which enabled Moore to provide concentrated atmosphere on stage during the dance performances. “The impressive zoom of the wash fixtures was fantastic for providing dynamic front light for the artists on stage,” commented Moore. “The constant interplay between the saturated colors and zoom served to underline the vivacious Brazilian dance sequences.”

Punching through the colors were the targeted throws of the spot fixtures, which were mostly positioned in the wings of the venue to provide a concentrated and contrasting set of effects. With precision engineered optics and a multitude of gobo effects to play with, Moore exploited the spots to their full potential during the performances, highlighting the deliciously bronzed samba dancers to the fast pulsating rhythms.

“Lighting the stage and wings of the venue with the gobo effects looked particularly amazing, and created an interesting juxtaposition to the saturated wash effects,” continued Moore. “What’s more, I’m always impressed by the output of the spots – the powerful throws accentuated some key moments within the performances, which is exactly in keeping with the spirit of the Rio carnival.”

Despite the less than favorable UK winter conditions, the sizzling feeling of Rio was successfully transposed onto the Christmas party at Athena. What might have initially seemed something of an impossibility was made possible by the inventive scenography, talented performances and, of course, atmosphere-shaping lighting conditions. 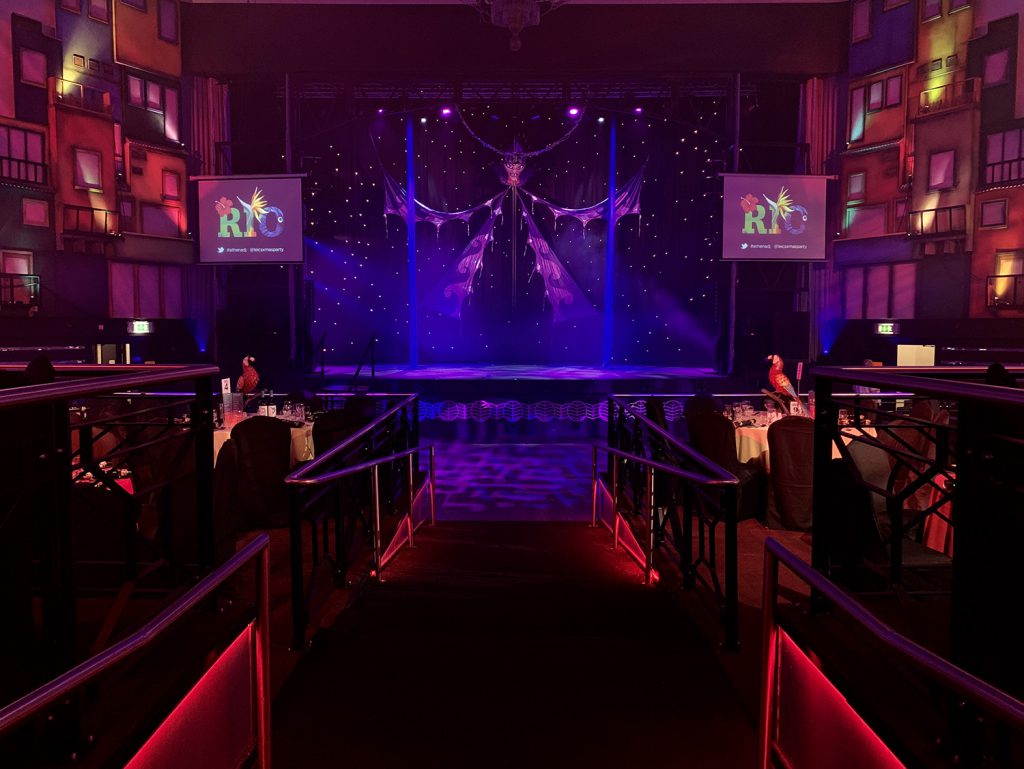