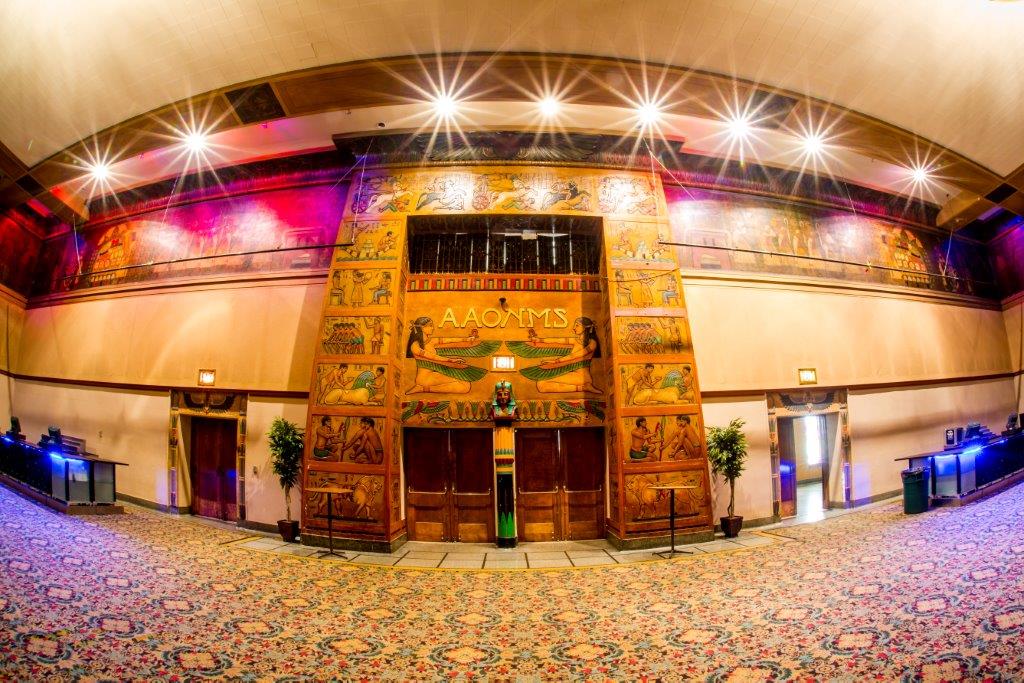 The Old National Center in Indianapolis is indeed old. Built in 1910, it has hosted historic Broadway shows as well as the earliest stars of radio and television. Winston Churchill even gave a speech here in 1932. But although it’s marking its 110th birthday this year, this stately entertainment center is anything but tired. Its three theatres (the Egyptian Room, Deluxe and Murat) play host to a vibrant mix of shows featuring everything from the dubsteps of Zomboy and vocals of Mariah Carey to the metal of Killswitch Engage and the comedy of Bill Maher.

Making sure that the center’s lighting system comes together for this diverse mix of talent is house LD Jay Higginson. Part designer, part technician and part psychologist, Higginson wears many hats at his venue, running some shows, providing a helping hand and emotional support to visiting LDs on others, and working with management to expand the facility’s rig with new lighting fixtures.

Although his work at The Old National Center keeps him busy, Higginson still finds time to light other shows outside the venue. When he does, he gets to try out some of the tricks he’s learned from visiting LDs. Higginson talked to us about his perspective on lighting as the house LD at this busy, diverse and very historic entertainment venue.

We understand you have shows going on concurrently at all three of your rooms. How do you handle that?
“Absolutely. Depending on where in the concert season we are, all three rooms will be booked every day of the week. When we have simultaneous shows, I’ll float between the rooms as necessary. Thankfully we’ve got a couple of guys here who have taken the time to really dig in and learn our consoles and are generally invested in becoming touring LDs. So, even though we’re busy, I don’t have to stretch myself too thin.”

What percent of the shows that take place at your venue do you work yourself?
“It probably runs between 10 and 20 percent. Most acts playing rooms this size travel with their own ground package and LD, but there are always outliers. There are some rentals and tours that travel light, and some that want to show out for promo material. This means I still get to flex my design chops fairly often.”

How do you get ready for those shows that you run?
“Typically, I’ll start my morning listening to the headliners and support playing that day. If it’s a show where I’m handling the bulk of programming and design, I’ll check out prior sets on YouTube to stay in line with their overall aesthetic. But at the end of the day, the most important thing is communication with the crew/artists/management to understand how they see their product. Then it’s up to me to provide a production in line with what they’re expecting.” 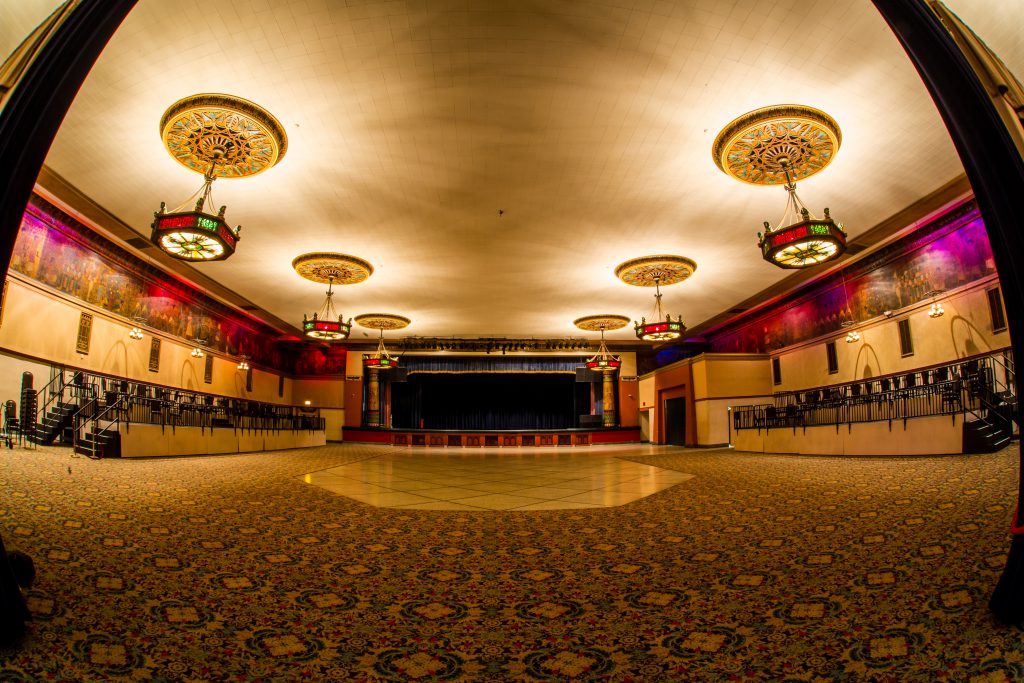 From your answer earlier, you must work with quite a few visiting LDs. What’s the key to having a successful rapport with them?
“I’ve found it’s all about attitude and communication. I’ve been on the other end of it as a touring LD, pulling up in a bus at 7 AM after leaving the last city at 2 AM. It’s rough, so I try to make their lives as easy as possible once we start loading in, while being supportive and understanding. I ask meaningful questions, and generally try to put off good energy. Occasionally we’ll have guys come through who absolutely blow me away with the stuff they’re doing as designers! If you’re a younger person, it’s easy to give off that annoying vibe with a barrage of questions in those situations. It’s much better to watch, listen, and act like you’ve been here before.”

Speaking of learning, what’s the most common lessons you have learned from visiting LDs?
“Probably that 99% of the time, people are there to see the band, and not the lighting package. The best LDs I’ve crossed paths with always keep this in mind. While you definitely want to make it interesting and powerful, your first, second, and third priority is making the band look good. Then you can build from there. I realize that when you’re really feeling yourself it’s easy to forget that, but sometimes less is more.”

Do you have any input into buying lighting fixtures for your house rigs?
“For most of its history, Old National Center has been a black box venue. We’ve got ellipsoidals and par cans in the Egyptian — and a LED rig in the Deluxe. It’s only recently that we’ve started the conversation of putting real money into a full overhaul of the lighting rig. So yeah, I’m in the process of doing that right now.”

Do you put a house rig together differently than you would a floor package for a tour or festival?
“Absolutely. Festivals and tours give you way more of an opportunity to experiment and get creative. I’m taking elements of every show I’ve seen, every LD that’s wowed me, and trying to incorporate those elements into a coherent, flexible design at this venue’s new rig. On the other hand, with our house rig I’m letting the touring LD flex and do his thing with his equipment. I’ll give them a blank slate and let them take the lead.”

Do you do any lighting work outside of your house?
“I sure do! I try to get as mixed a bag as possible to keep my chops up. I’ll go from corporate events to night clubs, and major tours to small bands playing 200 cap rooms. While I’d love to spend every show using a massive rig flashing and trashing until the bar closes, switching up your stages and design aesthetics keeps you fresh and keeps the job from getting stagnant.”

So, how did you hook up with The Old National Center?
“A few years ago, I was working as an event coordinator/ production manager for smaller music venue here in Indianapolis. They had just renovated and had an awesome rig, but no money in the budget to pay for an additional tech so I did it myself and learned as I went. After about six months of running shows as an LD there, I was getting hit up to do larger one offs and fill in at other venues. Eventually one of the guys I’d been shadowing passed my info on to Old National and that’s been my main house ever since.”

What was the most memorable show you were involved in at your venue?
“That’s tough, but probably an EDM act we had in 2018 called NGHTMRE. They had a massive rental package, and no LD, so for me it was the best aspects of being on tour and being a house guy. I had all the toys to play with I could have asked for, with a room I knew like the back of my hand. And to make it even better, the set was killer. One of those few where your busking with a 6th sense.”

“That’s an easy one as far as the best thing goes – it’s the sheer volume of acts you’ll get to interact with, and the knowledge you can pick up. As for the worst aspects of it, maybe the more difficult touring crew members that you’ll inevitably have to deal with. But for the most park, it’s a pretty chill job.”