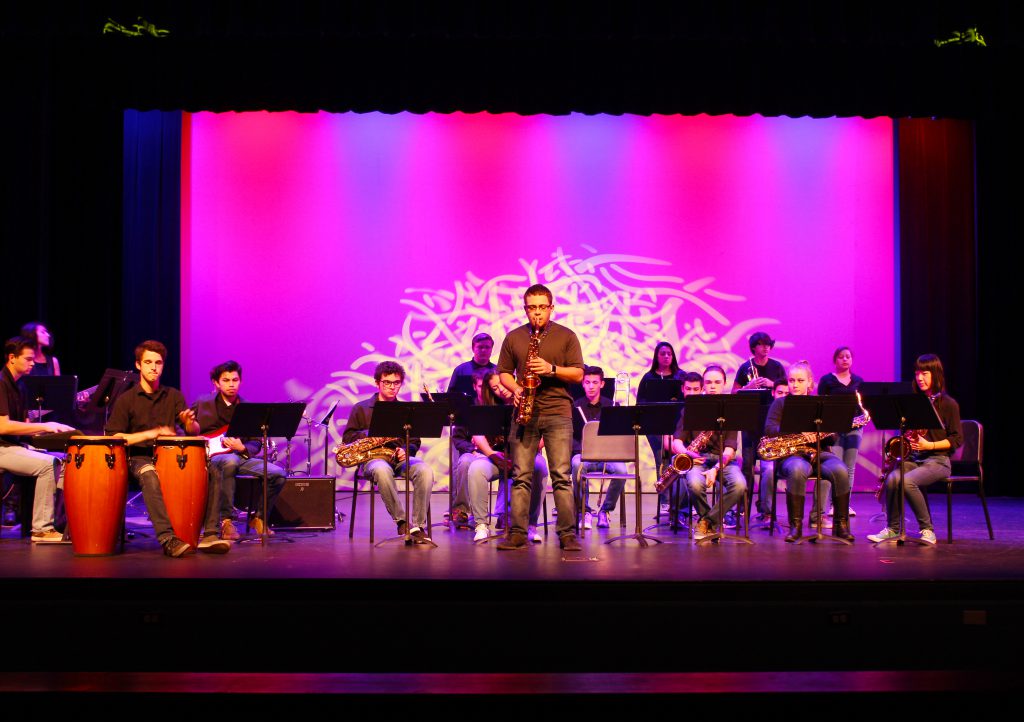 LAS CRUCES, NM – Joe Price, the manager of Oñate High School’s Performing Arts Center, knew that the time had come to replace the facility’s incandescent lighting rig with an all-LED system. The 20-year-old incandescent fixtures used at the school’s theater in Las Cruces, NM, were not only inefficient and costly, they also posed a potential hazard. This was made abundantly clear one day when an overhead lamp exploded.

In 2016, the school was able to make the change Price wanted with help from Hubbard Music, when it replaced its old incandescent rig with an all-LED system featuring CHAUVET Professional fixtures.  According to the school’s estimate, this move will save $500,000 in energy consumption over a 15-year period, without counting the reduction in HVAC costs! 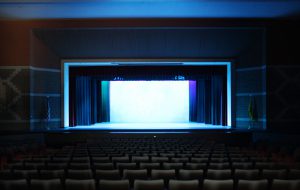 Making this change, however, was not without its challenges. Before the new LED system was put in place, two hurdles had to be overcome. First, it had to be determined that the new LED system qualified for energy saving rebates in order to defray the school’s upfront investment.

“We worked closely with our local electricity utility provider, El Paso Electric Company, to ensure that the new LED stage lights would qualify for the rebate program,” said Price. “Initially, we were told we could not get rebates on LED stage lights because they were not permanently installed.  After showing the power company that the lights would not leave the theater, they said the district could proceed.”

Having cleared this hurdle, the school system contacted Hubbard’s Music-N-More for help in putting together an all-LED lighting system.

“We began to work up bids with Hubbard’s, comparing LED stage lighting products from four different manufacturers,” said Price. “We then sent that information to the electric company for final rebate numbers.  When all was said and done, Chauvet was chosen.” 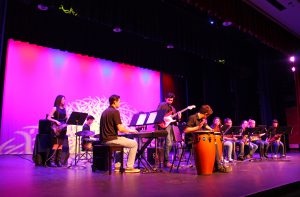 Will Sadler, who oversaw the Performing Arts Center project for Hubbard’s, recalls that value and flexibility were key factors in the decision to go with CHAUVET Professional.

“After we reviewed the bids, we came to the conclusion that Chauvet was the way to go in terms of price, performance and product selection,” said Sadler.

The new Chauvet fixtures are positioned on the three electrics (downstage, mid-stage and upstage) in the high school’s system as well as on the catwalk mounting position out in front of the stage. A collection of 20 Ovation E-190WW LED ellipsoidals with 26⁰ lenses are flown from the catwalk position and used to provide front lighting.

“We chose to go with the 26⁰ lens size, because we felt it was the best option at this distance and height,” said Sadler. “The 26⁰ option allows us to stack a large number of fixtures in a concentrated area for incredible white washes, but at the same time, the Ovation ellipsoidals are still very effective as spots when you want them to fill this role in a play.”

Also included in the system are 20 COLORado 2 Quad Zoom fixtures, positioned to face straight down from the downstage and center stage electrics. 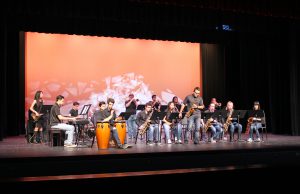 “We arranged the 2 Quad Zooms this way to provide overhead light during normal concert productions and specialty lighting during theatrical productions,” said Sadler. “The zooming range of these fixtures will allow the school to create all kinds of special effects during plays.”

A dozen COLORdash Par-Hex 12 par-style fixtures hung from drop tubes off the edges of the downstage and mid-stage electrics are used to eliminate shadows by side lighting the performers on stage. Rounding out the new all-LED system are 12 Ovation C-640FC Cyc lights and four Rogue R2 Spot fixtures.

“The Ovation Cyc fixtures serve two basic functions in the design,” said Sadler. “There are eight of them arranged in the traditional cyc position on the upstage electric. The other four are used to fill in the dark space between the center electric and the upstage electric.”

Flown from the center and upstage electrics, the Rogue R2 Spots are used as special effects and spot lights during plays. They also provide fill in light and color. Rogue’s zooming ability makes them incredibly versatile. 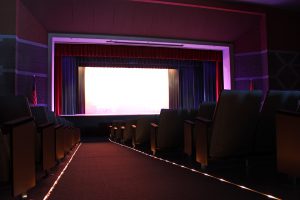 More than a high school theater, the Oñate’s Performing Arts Center is used by the community on a weekly basis. The significance of the facility to the area beyond the high school put extra pressure on the Hubbard’s team to complete the transition from an incandescent to an LED system quickly.

“Given how often this venue is used, we had to finish the job of installing the new system in a week,” said Sandler. “Sure, getting everything in place with all of the wiring installed and all of the programming done was a concern to all of us, but we more than met this challenge.

“No job gets done as quickly and effectively as this one without help from different people,” continued Sadler.  “Joe Price deserves a lot of credit, so too do Chris Heyser, our wizard at solving network issues, and Leigha Harvey, our lighting designer.”

Sadler also gives credit to the CHAUVET Professional fixtures used in this project, particularly the Ovation E-190WW. “In my opinion, the Ovation E-190WW has a better color temperature than any traditional ellipsoidal,” he said. “Without technology from Chauvet that allows the output of LED fixtures to look that good, we could not have changed this school theater to an LED system – it’s that simple.” 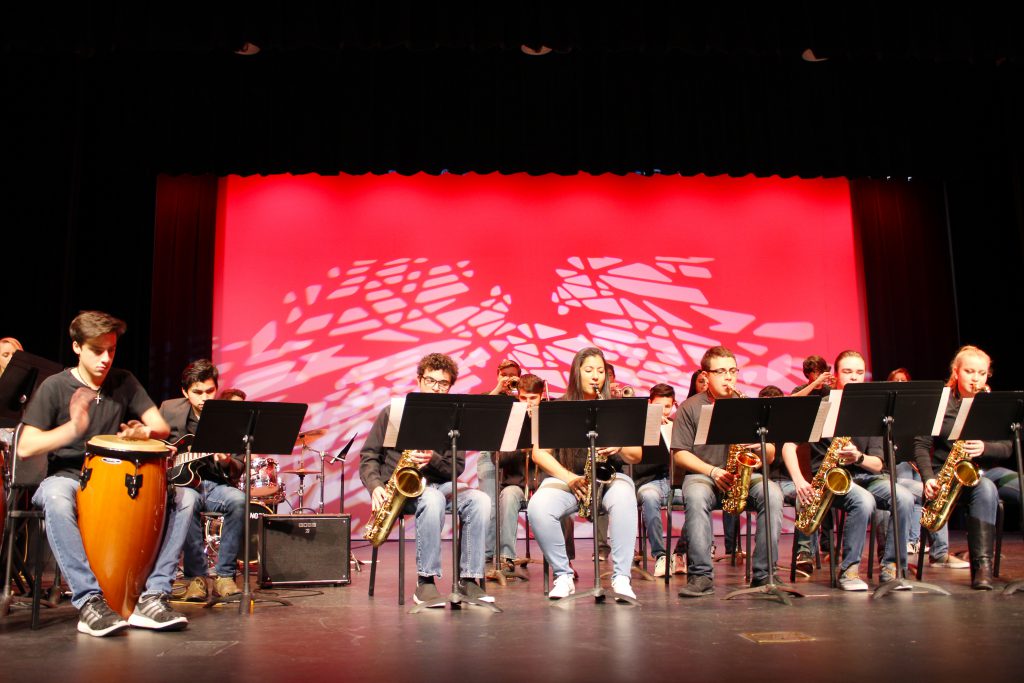 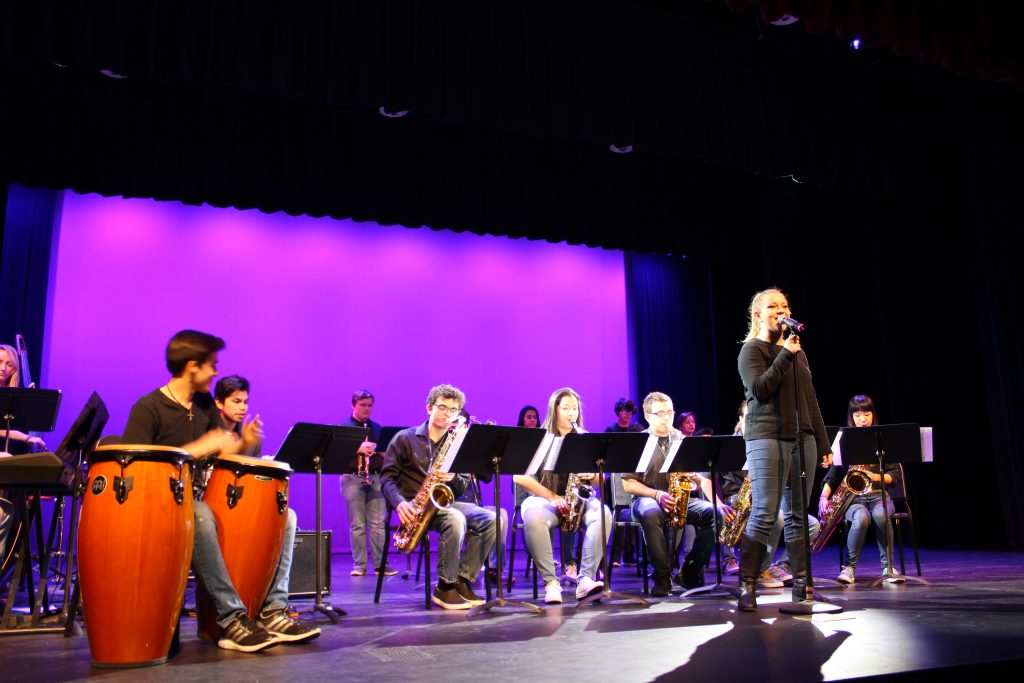 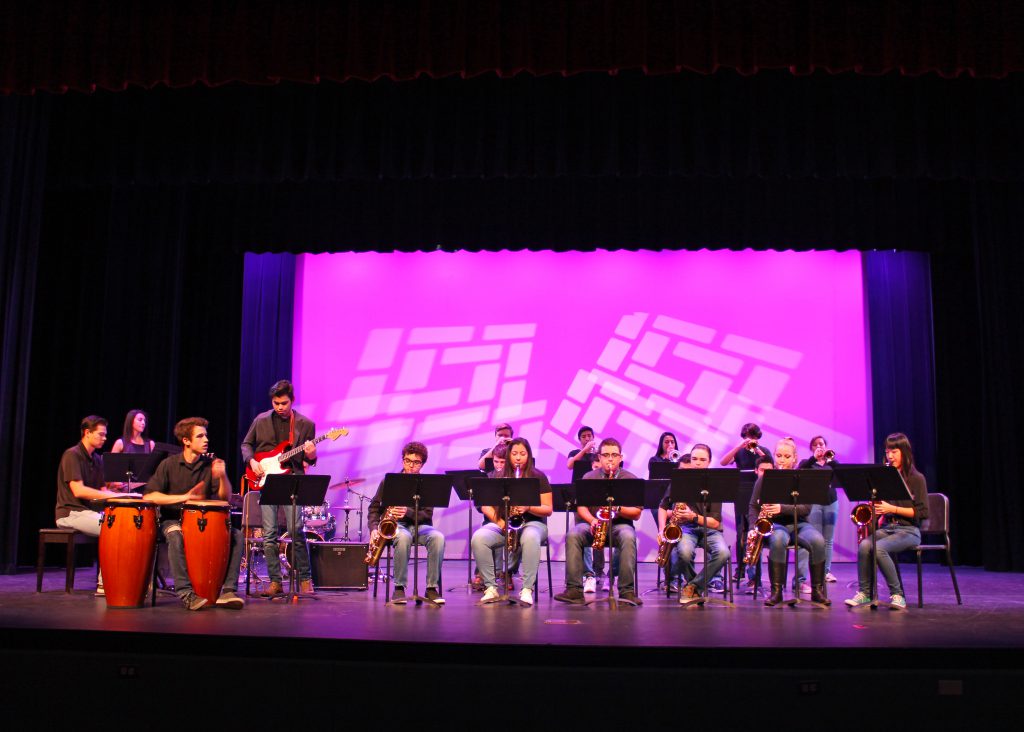