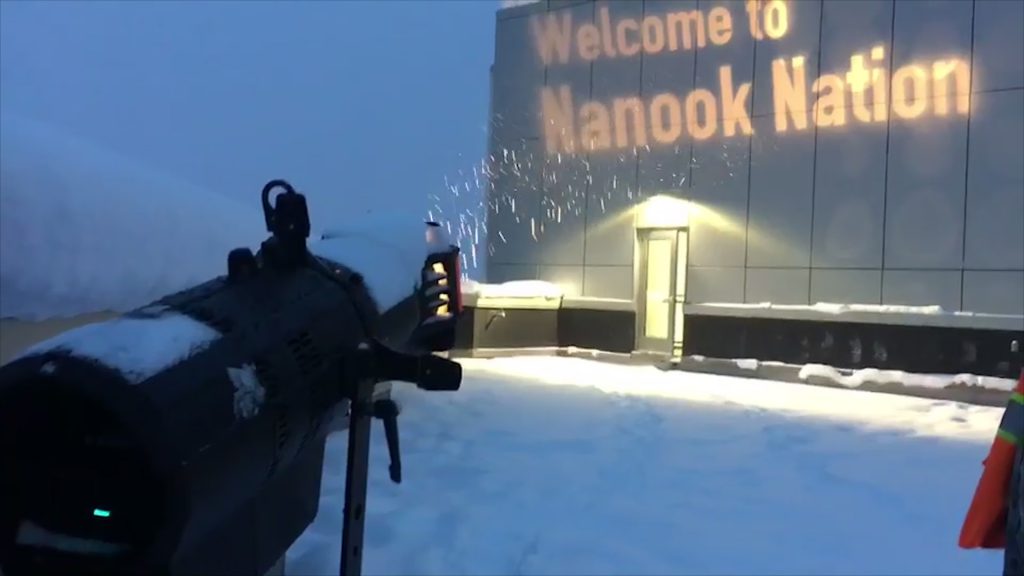 FAIRBANKS, AK – Jonathan Huff is accustomed to dealing with harsh winter weather.  As CEO of Alaska Universal Productions in Fairbanks, which was ranked by USA Today as “the coldest city in America,” he has had to contend with more than his share of frigid temperatures and blinding snowstorms. However, even by Fairbanks standards, conditions were extreme when he installed three Ovation E-260WW IP fixtures from CHAUVET Professional outdoors for the University of Alaska Fairbanks Centennial Celebration. 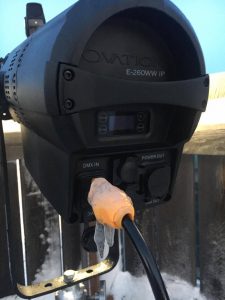 Huff and his team had to contend with gusty winds, temperatures that fell to more than 10 degrees below zero, and swirling snow when they positioned the outdoor LED fixtures at sites around campus, including the roof of the gleaming new 6-story engineering school building.  Soon after they completed the installation, a second more severe storm hit, dumping 16 inches of snow on Fairbanks.

Returning to the rooftop of the engineering building, Huff discovered that the Ovation E-260WW IP was unperturbed by the storm, happily projecting the message “Welcome to Nanook Nation,” Nanook being the school’s polar bear mascot. A couple of weeks later, when temperatures outside fell to -19⁰F, he checked on the ellipsoidal again. It was still running smoothly.

“The Ovation E-260WW IP has certainly proven itself here,” said Huff. “Between the temperatures and the snowfalls, conditions have been extremely demanding, but after weeks outside, the Ovations have given us absolutely no problems.” 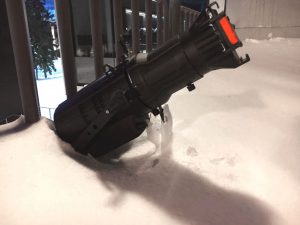 Weather-resistant ruggedness is only one of the reasons Huff added the Ovation E-260WW IP to his inventory at Alaska Universal Productions. “The IP rating was obviously very important to us, but that was just the beginning,” he said.
“Frankly, when I saw these fixtures I was very impressed by their output. They are brighter than your standard incandescent ellipsoidal, and they have an excellent throw distance. We used a 36⁰ lens and had no problem projecting the gobo from the sixth floor. Speaking of lenses, it’s nice that we are able to use other brands of lenses on the Ovation fixture, since it helps us utilize our existing inventory better.” 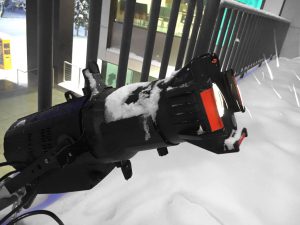 As ironic as it may seem, given the frigid temperatures in Fairbanks, Huff also values the low heat generation of the Ovation E-260WW IP. “When you work in these conditions, you’d rather have a fixture that doesn’t get hot,” he said. “It’s easier to work with the LED fixture when you take it off the stand and you don’t have to worry about a hot lens breaking when it comes into contact with cold snow. When you work in this area, you learn to be aware of things like that — and of being gentle with plastics and power cables, which tend to get brittle in frigid temperatures.”

By drawing on his experience and reliable fixtures, Huff has been able to deliver consistently high quality lighting to the University of Alaska Fairbanks for its centennial celebration.  The fixtures help remind students at this research and engineering-driven school, and the community of a proud 100 year tradition, while underscoring the potential of new technologies. 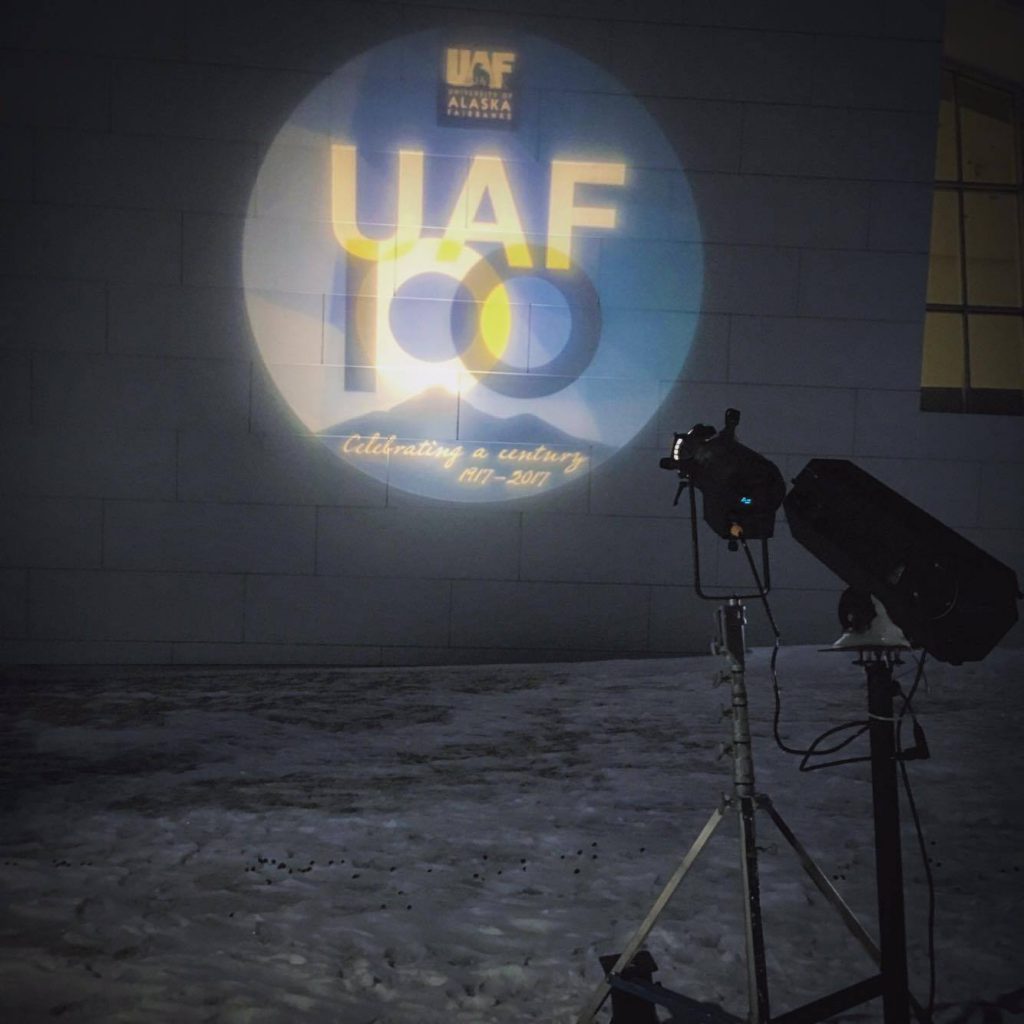