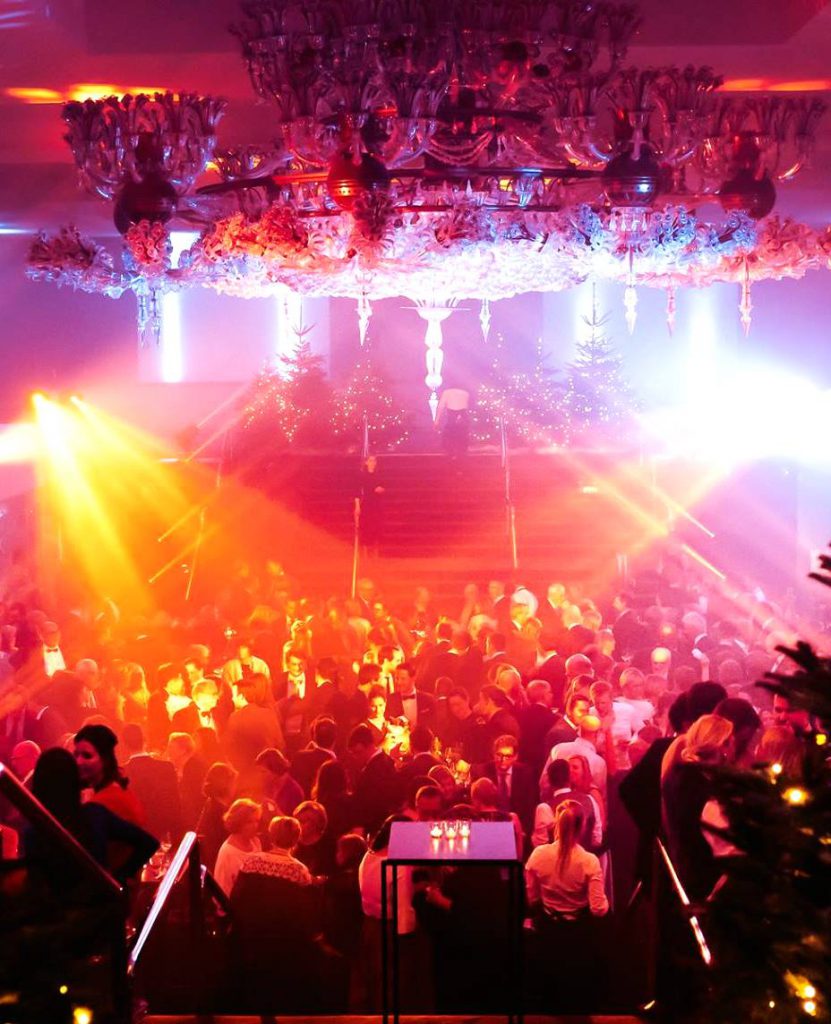 KNOKKE, BELGIUM – Long before the Las Vegas strip popped up in the middle of the Nevada dessert, the Casino Knokke was a magnet for the rich and famous from throughout Europe. Mixing gaming and glitz with a dash of sophisticated culture, the seaside casino was the site of opulent parties, as well as a hub of artistic activity. The surrealist master Magritte even adorned its walls by painting the now-famous 360° mural The Enchanted Domain there in 1953.

Although the glamorous days of the pre-modern era have passed, the Casino Knokke still retains its unmistakable style and flair, making it a popular tourist attraction and a sought-after site for upscale functions. At a recent private reception, the team at Présence celebrated the iconic venue’s rich heritage, while also providing some thoroughly modern sizzle, with an elegant event design that featured CHAUVET Professional Rogue and WELL Fit fixtures.

“The Casino Knokke is a landmark on the Belgian coast,” said Isabel D’Hulster, Business Manager of Présence. “With its rich history, this building makes people think about the ‘grandeur of yesterday.’ We wanted to reinforce this feeling with our design for this event, yet still retain a modern touch.”

Présence made sure that guests knew that a glamorous evening awaited them as soon as they arrived at the event. The design team created a long silver-fringed tunnel at the event entrance that conveyed a sense that something magical was about to begin.

Working with its technical partner Solico, Présence animated this tunnel with color- changing light from 40 WELL Fit fixtures. An additional 32 WELL Fit units were used to uplight the event room.

The event itself took place in The Kroonluchterzaal (Chandelier Room), so named for the 6-ton, 8.5-meter diameter chandelier made of Venetian crystal that defines its décor. Présence accentuated this magnificent design element (it’s the fourth largest chandelier in the world) by colorizing it with subtle hues from eight Rogue R2 Wash fixtures.

Going beyond accenting the chandelier in light, Présence wove the iconic structure into their design for the event. Creating a magical storybook image, the designers used eight Rogue RH1 Hybrid fixtures to light the broad stairway that led to the room in colors that harmonized with the colors washing the chandelier.

“We reinforced the glam feeling of the venue by putting the RH1 Spots on the left and right side of the stairs,” said D’Hulster. “This evoked images reminiscent of old movies or TV programs that had people coming down from the stairs to enter a ballroom or at the beginning of a show. Our goal was to give people a wow feeling when they entered.”

As the event unfolded and the dancing began, the moving fixtures morphed from being mood setters to disco lights. Turning the Rogues from the chandelier and grand stairway, the designers directed a dynamic pattern of crisscrossing colorful light onto the dancefloor, creating looks worthy of an EDM club. “Lighting helped us change the entire flavor of the room,” said D’Hulster.

Moving seamlessly from artistic elegance to pulsating excitement with the help of its lighting, the Présence team offered visitors an exhilarating experience wrapped up in an aesthetically beautiful package. In so doing, they called forth the time-honored formula that has made Casino Knokke so special. 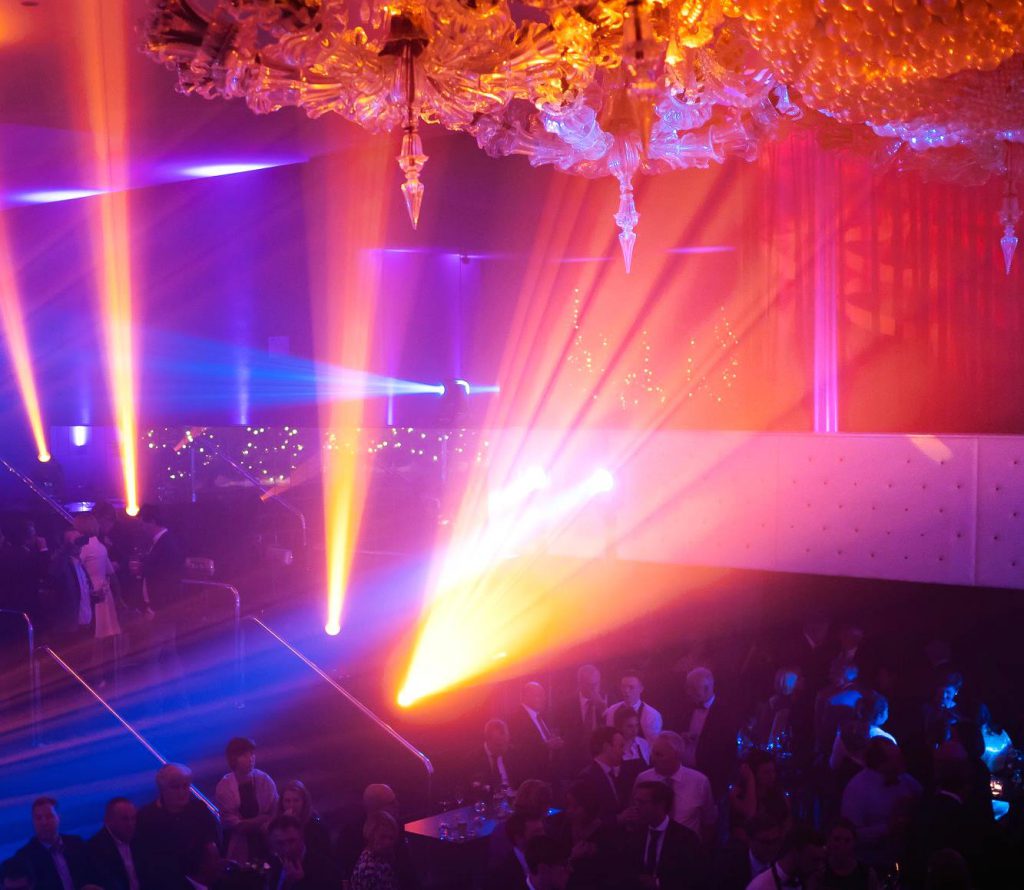