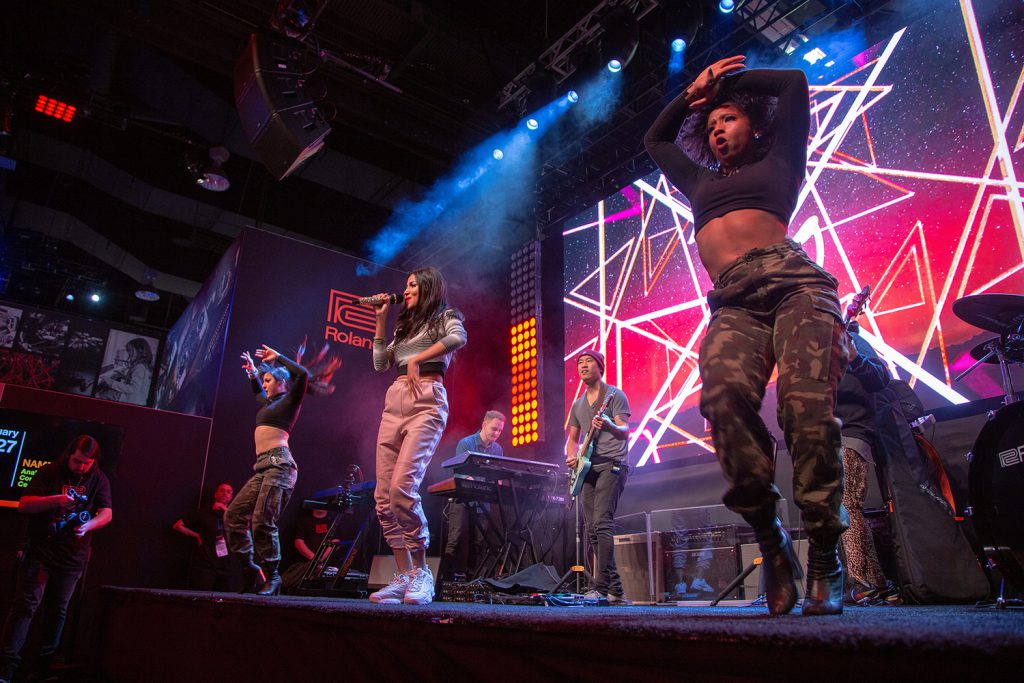 ANAHEIM – The hard rocking quartet Badflower reached the top of the charts with their single “Ghost” in October. In January, they appeared in Southern California alongside Sam Tsui and Vidya Vox, two independent artists with nearly 1 billion views on YouTube combined. Surprisingly, these performances did not take place in an amphitheater, arena or other live music venue, but at Roland Corporation’s NAMM exhibit.

Creating a concert-like atmosphere for these and other artists at the company’s Roland and BOSS booths was a Justin Preston lighting design that featured CHAUVET Professional Rogue, Nexus and COLORado fixtures.

In addition to supporting the diverse mix of performances, the flexible lighting design accented the display of electronic music and software products at the company’s two massive exhibit spaces. “I’ve worked on the Roland Corp. NAMM exhibit for the past three years, and it’s always rewarding because of the scope of the project,” said Preston of Preston Productions. “We have to incorporate elements of entertainment and retail lighting.”

The versatility of the CHAUVET Professional fixtures in his NAMM rig helped Preston accomplish these goals. For example, at the BOSS Both, he relied on his Rogue and COLORado fixtures for stage lighting, while using his Nexus 4×4 units for the general display area.

“I used six COLORado 1 Solos as front light for the stage and four Rogue R2 Washes as backlights,” he said. “The Solos were great because of their size; they allowed me to sneak them into the corners of the stage without being too noticeable, while the R2 Washes are just tried-and-true workhorses. As far as the Nexus 4×4 goes, it worked brilliantly for downlighting the area. I got great coverage of the exhibit space from the 12 Nexus units due to their wide lens, and their output never disappoints.”

“We wanted to create a concert-like atmosphere, while also being able to change up our looks for different artists,” said Preston. “Our client brought in some great musical talent, and we wanted to help people at the exhibit experience that to the fullest.” 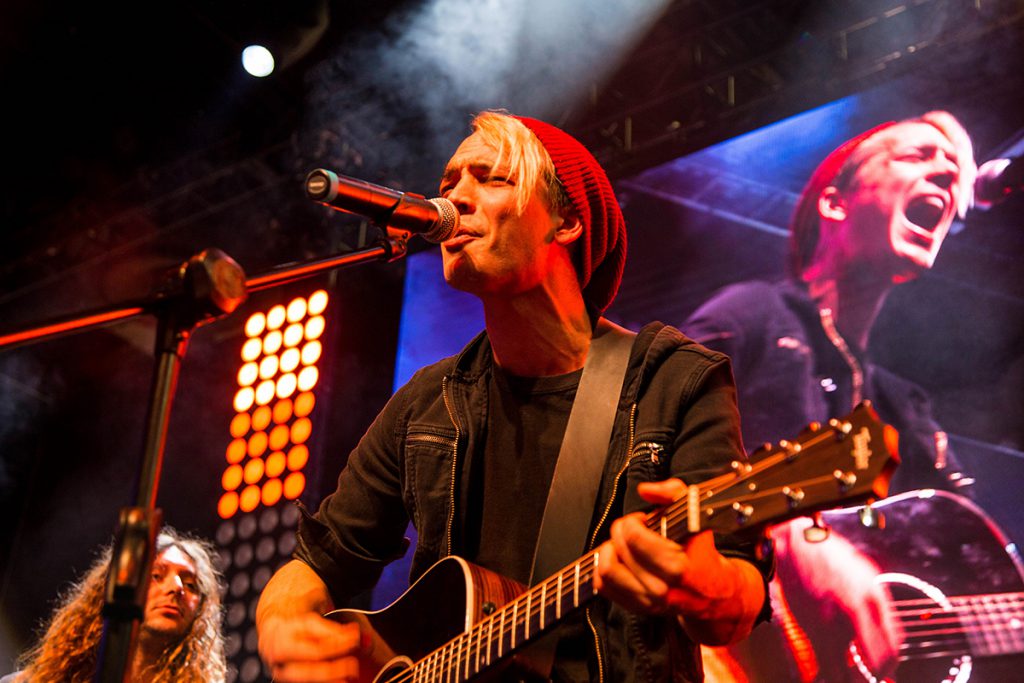