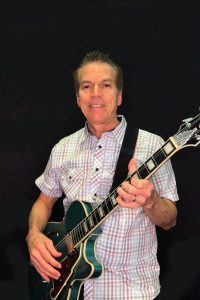 Music and lighting, they go together like a hand and a glove. But which is the more important “hand,” and which is the supporting “glove.” Lighting designers and audio engineers may like to discuss (argue) about this issue, but one thing seems pretty indisputable: aside from working beautifully together on the concert stage, music and lighting appear to have sprung from the same creative cauldron that bubbles inside the human soul.

Renowned lighting designer, teacher and author Richard Cadena has devoted considerable thought to many subjects involving light, including its shared artistic ancestry with music. His interest is more than esoteric. On a practical level, says Cadena, understanding music, whether it’s on a fundamental structural level or in terms of its abstract patterns, can lead to richer and fuller lighting designs. Moreover, the qualities and aspirations that lead an individual to excel in music parallel those that make a successful lighting designer.

Cadena visited with us to talk about the tightly woven connections between music and light, two of the most powerful forces driving human expression.

So, rhythm is an essential element of music. Is there such a thing as a rhythm of light?
“I recently read about how, later in his life, Claude Monet really wanted to capture feelings without objectively painting them. That’s why his paintings have a dream-like quality, and it’s what makes them unique. He captured emotions on canvas by hinting at them rather than spelling things out for people. Today I was listening to John Coltrane’s A Love Supreme, and it’s the opposite side of the same coin. He captures feelings and emotions, not by crafting a catchy tune, but by creating tension and release, and by creating soundscapes. He paints the canvas with texture, without resorting to clichés. By the same token you can capture the feel of rhythm using timing and changing some aspect of it like intensity or color, but you can also be subtle about it and it can still be very powerful. 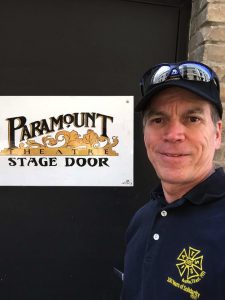 “So, in this respect there is a sort of rhythm to light. However, you have to realize that not everybody in a large arena is going to see the same show with the same timing and the same angle because of the difference between the speed of light and the speed of sound. By the time the back of the house hears the changes in the music, the front row is already pumping their fists to the next beat. From that perspective, it makes more sense to let the music carry the rhythm rather than to make the lights pulse to the beat.

“Your brain is a very powerful instrument and it will fill in the gaps. It can, for example, make red, green, and blue light look like white light when it’s really not. Miles Davis used to say that music is the silence between the notes. In lighting, it’s the stillness between the changes that make the rhythm.”

You’ve told us before that you think someone who is musically talented has an advantage over a less musically inclined counterpart when it comes to lighting. Why is that?
“There are two answers to that question. The obvious one is that music has structure, and musicians learn to compose using tried-and-true methods. If you spend your time practicing an instrument, the structure is drilled into your head until it becomes second nature. The less obvious answer is that music helps develop cognitive skills.”

Does a lighting designer have to like a client’s music in order to do a good job lighting it?
“No—at least not in the beginning. But if you don’t end up appreciating the music after spending an hour with it, then you’re probably not doing it justice. That’s not to say you won’t get sick of hearing it—you certainly do. But that’s not the same as not liking it.”

Do you think a lighting design progresses the same way a musical composition does?
“It should. Lighting should support the story, whether we’re talking about a play, a musical, or a concert. All stories have a storyline, and unless there is a low point there can be no high point. Or as Arlo Guthrie (the singer) once said, ‘You can’t have a light without a dark to stick it in.’ If your lighting doesn’t support the story then it’s detracting from it.”

Does music make light look different?
“Absolutely. An immersive environment involves all of your senses, and music gives the lighting context.”

From another perspective, does light make music sound different?
“Absolutely. I like to go back and watch early concerts on YouTube before stage lighting was popular. There are old Led Zeppelin concerts and Blind Faith concerts that were performed with house lights on and no stage lighting. It’s a very different experience. Even the very first lighting cue – house lights off – creates drama. And the lighting doesn’t have to be complicated to have a huge impact. Go back and watch James Taylor’s 1971 performance on BBC’s In Concert, and see for yourself how much of an impact a handful of tastefully chosen and placed lights can have. With just a colorful backdrop, a couple of ellipsoidal projections, some creative camera moves, and a simple set, the entire performance is transformed into an experience.”

What do think when lighting designers describe their consoles as another instrument in the band?
“That’s perfectly legit. Audio engineers like to say that people don’t go home humming the lights, but think about this. Close your eyes and think back to the best concerts you’ve ever experienced in your life. What do you remember about them? Do you remember the music, or do you remember the visuals? Chances are, if you only remember one of those elements, it’s the visuals, not the music. Am I right?”

Yes indeed! How about in your own experience, what early concerts did you go to where the lighting really stuck with you?
“One of the first concerts I ever attended was an R.E.O. Speedwagon show in Corpus Christi, Texas. I don’t remember one song they played, but I vividly remember the red laser beams shooting over the crowd. What I remember about the U2 Zoo TV tour is the English Ford cars that Willie Williams flew. You know what I remember about the Pink Floyd Animals tour? The inflatables and the circular projection surface ringed with lights that Marc Brickman used as his canvas. I think they played some music at that show, but I can’t swear to it.”