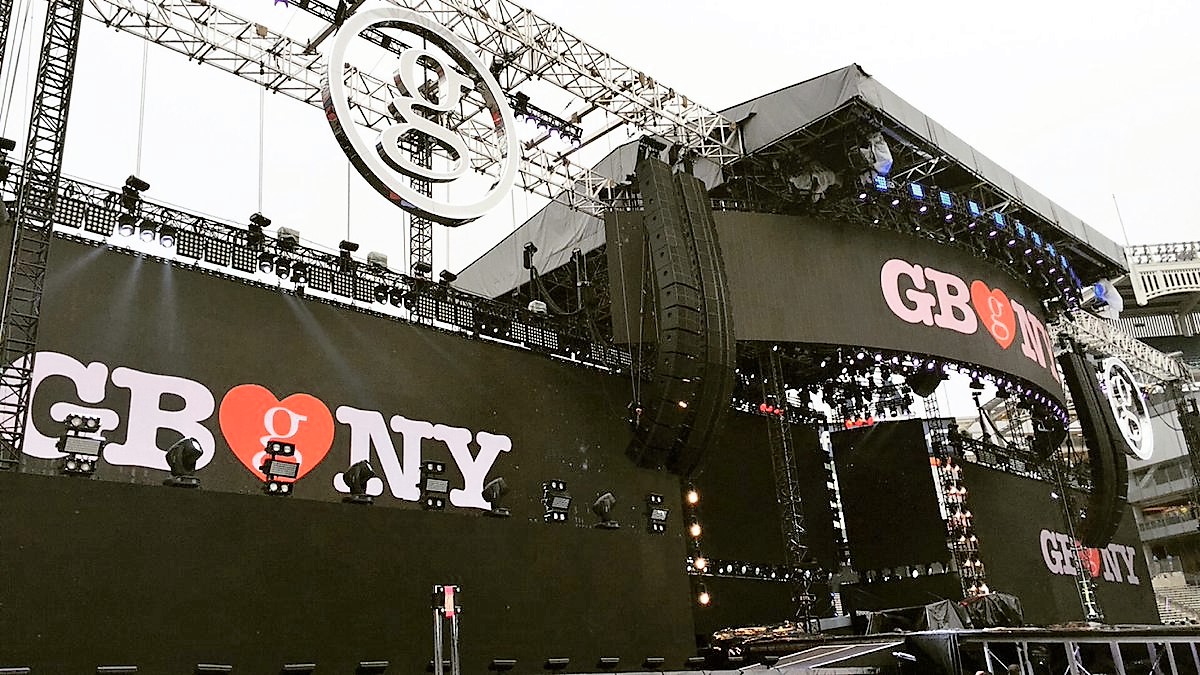 Mickey Mantle, Mariano Rivera, Derek Jeter…many of baseball’s greatest legends have experienced butterflies in their stomachs the first time they entered the colossus that is Yankee Stadium. Apparently, so too do country music superstars. “I’m nervous as hell,” Garth Brooks, the best-selling solo album artist in the history of the US, said at a press conference before his two-night performance at the fabled ballpark.

Brooks needn’t have worried. From the moment he began his set with “Ain’t Goin’ Down (‘Til the Sun Comes Up),” he captivated the New York crowd with the raw power, enthusiasm and heartfelt country passion of his performance. Keeping pace with Brooks as he led the sellout crowd through singalongs and romped around a massive circular runway, was a high octane lightshow created by Robert Peterson of Real World Lighting with a stage rig supplied by Bandit Lites that included our Rogue RH1 Hybrids.

Peterson used 54 of our 330W beam/spot Rogue fixtures, linking them via DMX into fiber NPUs. He positioned some of the hybrid fixtures in the 60’ long horizontal gaps in the mainstage screen array, and flew others on the top of the 100’ wing screens. The tight beam angles and wide zoom range of the Rogue RH1s made them well-suited for this application.

“I positioned Rogues where I did to take advantage of their beam graphic capability in many highly featured areas,” he said. “The high intensity and availability of a wider beam angle made these hybrids very effective during key moments of the concert.”

The Rogue RH1 Hybrid was recommended to Peterson, who has been involved in most of Garth Brooks’ high-profile TV projects since 1992, by Michael Golden at Bandit Lites. “Michael introduced me to these fixtures, and it was certainly a good recommendation on his part,” said the LD. “We had a lot of high-output moving fixtures, strobes and Nexus 4×4 panels in our rig, and the Rogues cut through competitive layering and ambiance without a problem.”

In keeping with their magnitude and scope, the Garth Brooks Yankee Stadium concerts had a massive array of 4K screens and a 27 camera 4K video complement. This made integration and team planning absolutely essential.

Although Yankee Stadium is an awe inspiring structure, the massive production proved manageable for Peterson and his team. “Garth made sure we had the time and resources to handle the challenge, and we are all tremendously proud of the result.” 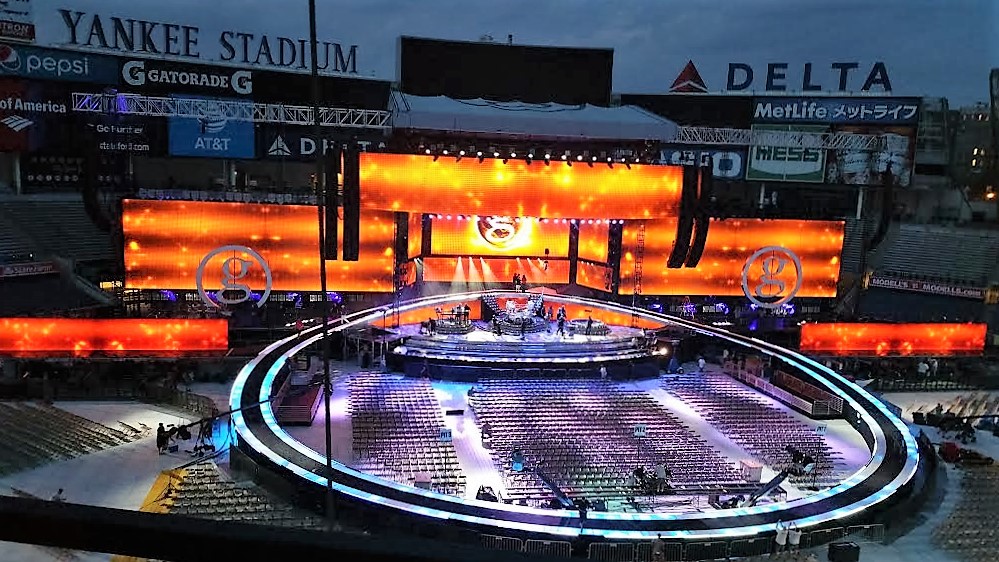