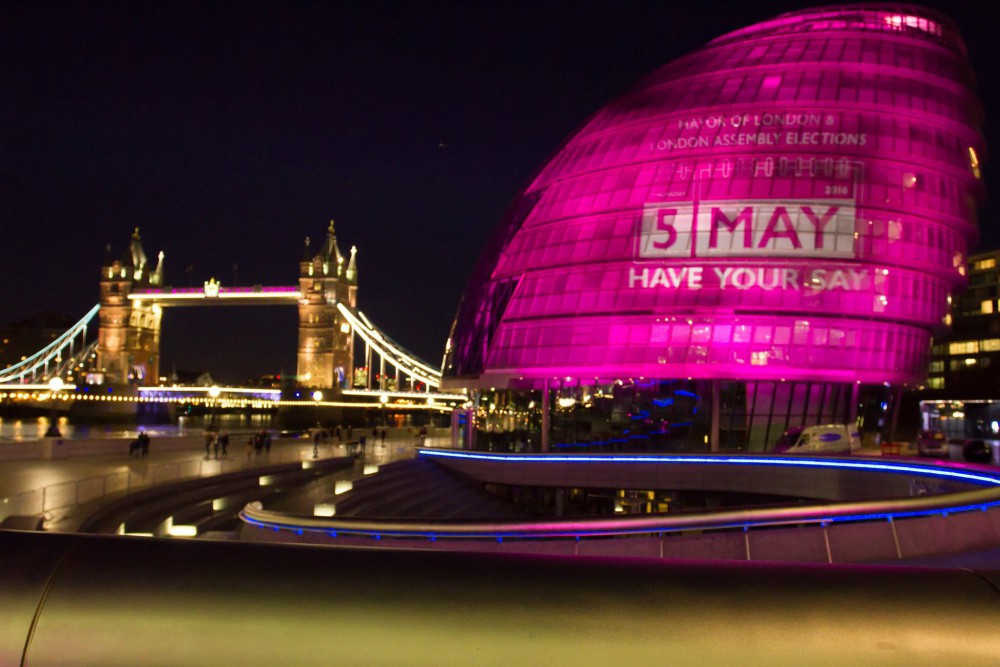 LONDON, UK – Standing out in the crowded field of politics is difficult. So too is standing out in the bright and bustling city of London, especially against the ever-present ambient light at night. It was altogether fitting, then, that the Rogue R2 Wash from CHAUVET Professional was selected to light the London Mayor’s office for a get-out-the-vote campaign in advance of the recent mayoral election.

SXS Events specified 16 Rogue R2 Washes to illuminate the iconic Norman Foster-designed office building, which sits on the River Thames near the Tower Bridge. The RGBW LED fixtures were used to wash the entire edifice and draw attention to an HD-projected image displaying the words: “5 May: Have your say.”

When the PR and communications office of the electoral campaign approached SXS for a solution that would communicate the message of the May 5 vote, the team at SXS looked to Chauvet’s Rogue to supply powerful saturated wash in a bid to draw attention to the unusual cylindrical-shaped building with light. 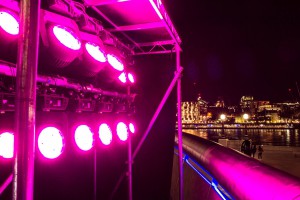 “We wanted to incorporate the Rogues in this particular installation, because we knew they could hold their own against the high levels of ambient light and light from the HD projection, not to mention the well-lit tourist destinations in the immediate vicinity such as Tower Bridge and the Tower of London,” commented Johnny Palmer, Manager of Special Projects at SXS. “We are a huge fan of the R2 washes. Their great optics and effective zoom make them incredibly versatile for installations such as this one.”

Thanks to the brightness of the Rogues, Palmer and his team were able to wrap the entire façade in color. So bright, in fact, were the Rogues that they were also able to illuminate the building earlier on in the evening when it was still light. “The deep saturated tones of the Rogues ensured that we succeeded in catching the eyes of passers-by, which hopefully drew their attention to the central motif of the projected image,” said Palmer.

With the new Mayor moving into office the very next day, SXS was required to assemble and de-rig the one-night-only installation in a matter of a few short hours. Thankfully, the absolute ease of assembly and transportation of the Rogues enabled Palmer and his team to complete the job within time – and budget.  “Utilizing the Rogues instead of more bulkier spot or architectural lighting means we are quicker, more flexible and more accurate: a win-win situation allowing swift setup, a lot of last-minute flexibility and lower crewing levels.”

With London’s new Mayer Sadiq Khan voted in power with over 1.15 million votes, it would be fair to say that the install helped those last-minute voters cast their ballots. “The response on the night was fantastic, with many photographers and interview teams from major news networks coming to see the installation,” concluded Palmer. “We’re pleased we could play a positive role in the run up to the election.” 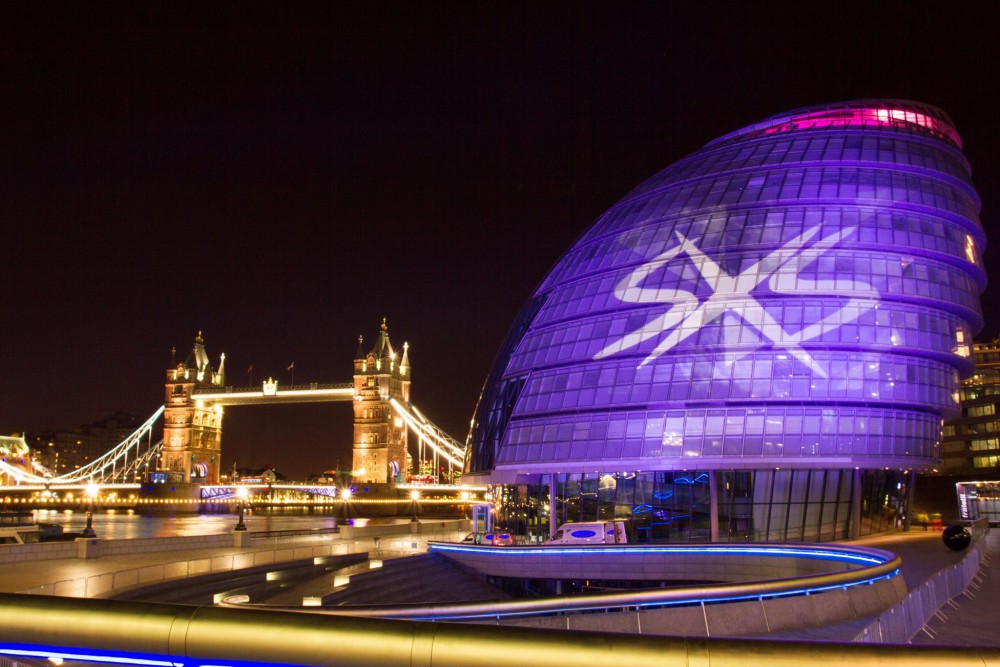