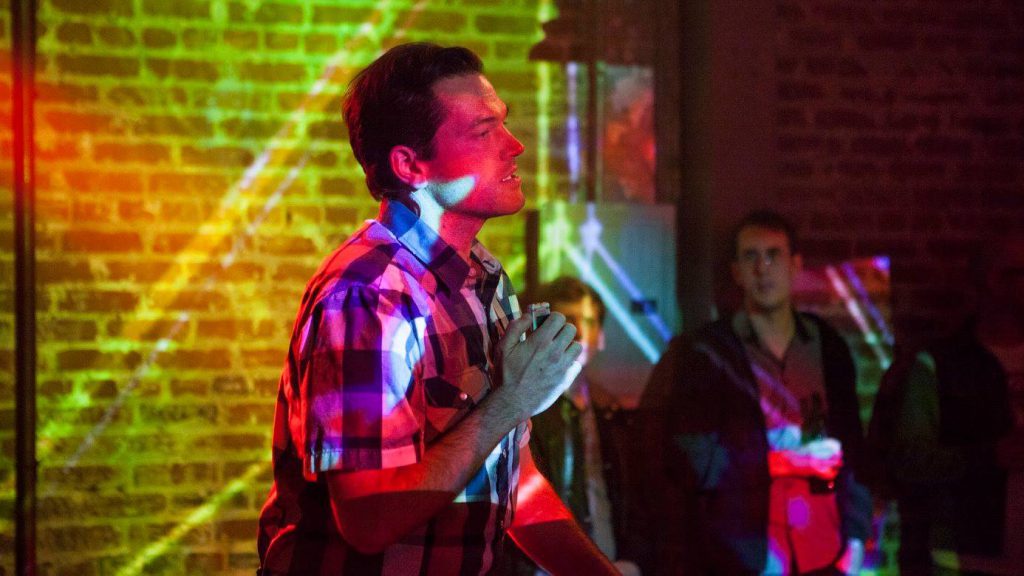 Theatre-goers who turned out to see Amos during the show’s recent run in Los Angles knew they were not going to experience an ordinary play. After all, how many productions describe themselves as EDM dramas? Set against the brooding backdrop of an underground EDM world in the Ukraine, the play delves deeply into a nefarious vortex of murder and deception. This jittery, unsettling storyline was matched perfectly by an eerie and menacing lightshow by Brandon Baruch that relies on a collection of Rogue fixtures to evoke powerful emotional reactions.

“We used lighting to immerse the audience in a sense of skewed reality,” said Baruch. “Amos is an EDM thriller. It tells the story of an American disaster tourist in Kiev who befriends, then murders and assumes the identity of an underground rave DJ. The character Amos is an unreliable narrator, and as the play progresses, the audience starts to wonder how much they can trust the story they’re being told. I wanted my design to heighten this sense of uncertainty.”

To accomplish this, Baruch rarely dwelled on static looks. Instead, he visually underscored the drama’s action with consistent but subtle shifts in the quality, color, and direction of his lighting. Mixing the LED output from his four Rogue R1 Wash and four Rogue R1 FX-B fixtures (supplied by Kinetic Lighting) with light from non-theatrical incandescent sources and industrial fluorescent tubes, he created jarring contrasts and a surreal ambience. As the story of Amos progressed, he also subtly increased the level of atmospheric haze, so characters sometimes disappeared behind nebulous mixtures of fog and light.

Adding to the edgy aura of Amos was the venue itself, Monk Space, a stark warehouse/soundstage located in Los Angeles’ Koreatown neighborhood. There were no seats in the sparse area where the drama took place. The audience moved through the room as the play unfolded all around them.

“Sections of the play are staged in the center of the room, and characters weave in and around the audience,” said Baruch. “I created pockets of shadows for the actors to move through at these moments, which created a unique visual experience for the audience. As the actors orbited one another mid-scene, there would be moments when you’d see their faces, and other moments when all you could see was their silhouette.”

Baruch positioned his Rogue R1 Wash fixtures in the four corners of the room, creating full coverage of the playing space. “The actors’ paths through the room always changed, depending on where the audience was positioned at any given moment,” he said. “I would sometimes create and diffuse washes throughout the room. For other sequences, I would zoom in the units to create a box made of four soft strips of light that the characters would move through. Aside from giving me a nice full-room wash, the Rogues were excellent for creating generic club lighting in some scenes with zoom, color chases, and small-scale ballyhoos.”

A corner of the room at Monk Space was set up to represent a DJ stage. Here, the masked Amos (at that point known as “The Artist”) performed his club sets. Baruch used the RI FX-B units to create “flash and trash lighting” behind him. “The only trouble with the FX-Bs was that they did too many cool things, which is, of course, a good ‘problem’ to have,” he said. “In the play, Amos starts out working at dingy, cheap clubs, so I kept the FX-Bs at 10% intensity and used them only with static focus positions. By the final DJ sequence, Amos has worked his way up and is at a fancy dance club in Odessa. At this point, when he landed his final beat drop, the FX-Bs exploded into a frenetic, time-coded sequence. It was a great moment of sensory overload.”

Baruch’s lighting was only part of the visual and audio mix that upended reality during the show. He counts himself “extremely fortunate” to have worked with Sound Specialist John Zalewski, Video Artist Travis Flournoy and Production Designer Michelle Joo, who collaborated on the creation of a “unique world” for the play’s audience to experience.
“I’m an avid theater-goer myself, and I don’t think I’ve ever encountered anything quite like Amos,” said Baruch. “We blended elements of immersive theater, thriller, musical and dance club. It was exciting working with a top-notch team of artists and storytellers on this unique creation.”

Baruch’s work did not go unnoticed by the critics, who gave Amos positive reviews. As one wrote, “Lighting Designer Brandon Baruch creates a seedy and haunting underground.” Admittedly, having one’s work described as “seedy” is rarely an expression of admiration, but in this case it was affirmation of a bold creative effort very well done. 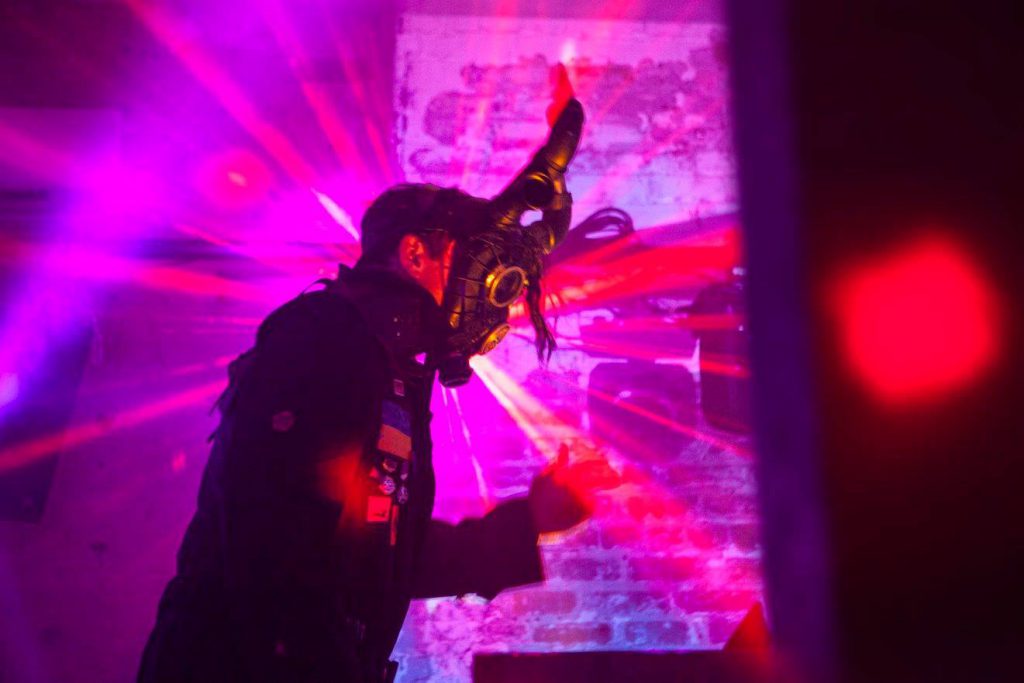