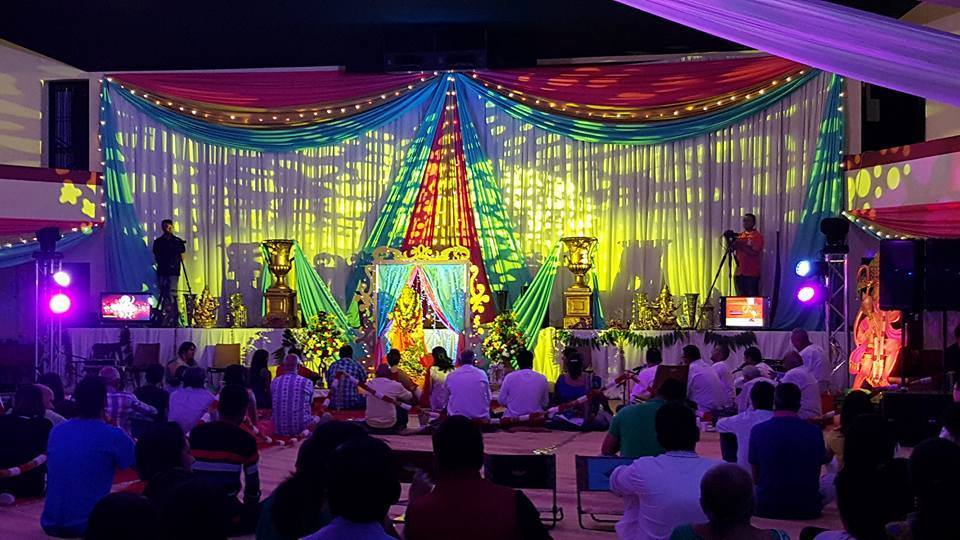 LAUDIUM, SOUTH AFRICA – The Hanuman Chalisa is the most popular hymn chanted in praise of the Hindu deity Hanuman. Recited daily by Hindus throughout the world, the 40 verses of this devotional mantra are an immense source of energy, focus and vitality for both the body and mind. The power and vibrancy of this ancient ritual were brilliantly reflected recently by a vividly colored lighting design, created by designer Shaniel Laloo, using a collection of Rogue fixtures from CHAUVET Professional.

Laloo of JYM Sound Lighting & Staging created his design for a Hanuman Chalisa celebration at the Hindu temple in Laudium, a center of South Africa’s large Indian population.  “The Hanuman Chalisa is very important to the people at the temple,” he said. “We wanted lighting that would support the ceremony and look good on video.”

The rainbow of colors played off well against the textures of the scenic curtains that were draped in a variety of arrangements from the stage backdrop.  Augmenting the total effect were the crisp and complex logos projected by the Rogue R2 Spot, which features gobo morphing technology as well as a 16.5⁰ beam angle.

“We had a great ‘canvas’ to work on with the scenic curtains,” said Laloo. “The gobo patterns and the changing colors of the light accented the waves in the curtains, which created nice immersive looks that contributed to the experience.”

Laloo used six truss totems that measured 2 meters (6.6 feet) in height at the temple. He positioned Rogue R2 Spots on four of the truss structure and Rogue R2 Washes on the two other units. These fixtures were used to light the stage and scenic background. The remaining two spot and four wash fixtures were called upon to illuminate the facing of the stage as well as provide ambient lighting at key points around the room.

The quiet operation and low heat generation of the Rogue spots and washes were appreciated by Laloo, given that he was lighting a crowded house of worship. “We wanted the lighting to contribute to the Hanuman Chalisa, not distract people with noise,” he said. “The Rogues did everything we asked of them. The looks we created were definitely in keeping with the spirit of the occasion.” 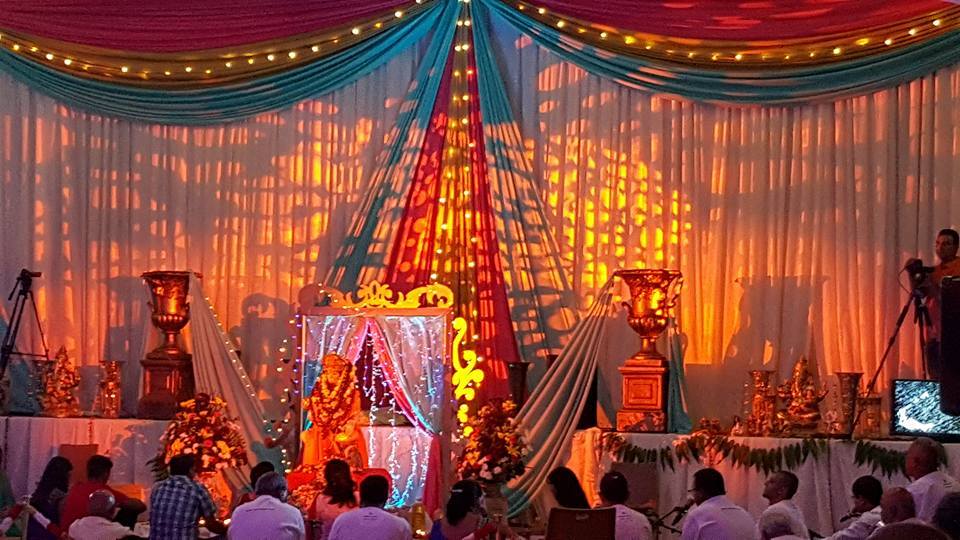