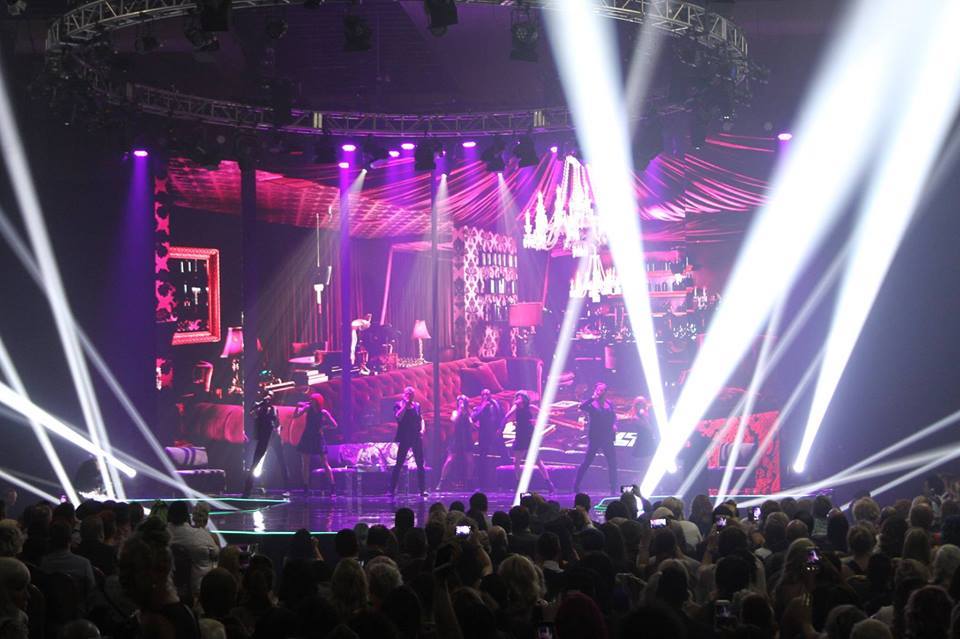 LAS VEGAS – By their very nature, most industry award ceremonies are a combination of concert and corporate event. Few of these confabs, however, come close to matching the multi-dimensional character of the North American Hair Styling Awards, or NAHA as it is known to those in the beauty industry, which was held at the Mandalay Bay Convention Center in late July.

Aside from the usual speeches and musical performances, this stylish showcase and competition embodied elements of a runway fashion show. Plus, as a tribute to its global significance, it was also a “video event,” streamed to stylists throughout the world. Creating a cohesive look at such a diversified ceremony can present a challenge, but it was one that Chris Hubbard and his team at Emergency Production met with flying colors, thanks in part to a carefully planned stage design and a flexible lightshow that featured Rogue moving fixtures from CHAUVET Professional, supplied by AMP’D Entertainment.

“NAHA is always a lot of fun, because it does pull together so many different elements under one umbrella,” said Hubbard, the owner of Emergency Production, who also served as Production Manager for the event. “Planning is the key to pulling it all together. Our team met for three months on this event, so everything went off smoothly.”

Lighting played a key role in creating different looks to support the various facets of the NAHA ceremony. “We were able to transition very seamlessly from stage lighting for the presentations to runway lighting for the show to entertainment lighting, all while remaining broadcast friendly,” said Hubbard. “Our lighting designer Mark Gee deserves a lot credit.”

The Rogue Beams were positioned entirely on the ground, six on the stage deck and ten on the venue floor. Used to create crossing patterns in the air over the audience and stage, they engendered a concert like atmosphere that drew the crowd of 2,500 into the performances.

“We were very happy that the organizers of the event trusted our judgement to create a lot of movement and changes with the Rogue Beams,” said Hubbard. “Videoing is very important to this event, because it’s streamed throughout the industry. What you see often when a performance is lighted for video are a lot of static looks. The scene may change only three or four times. That’s ok for the viewing audience, but it’s doesn’t always create a complete experience for the live crowd. We were able to use the Rogues to create a happy medium, where we got the live audience going, but it still looked really good on video.

“A very good thing about the Rogues is their bright output,” he continued. “Because this is a fashion industry, the backdrops we used were very dramatic. We had a lot of darkness with dramatic breaks. We also had a lot of very bright video walls. The Rogues’ output was able to cut through everything and stand out.”

The 16 Rogue R2 Spots were flown on a horizontal truss bar over the apron of the stage and on a customized circular truss structure. Taking advantage of the fixture’s color rendering capabilities, the Emergency Production team used the Rogue R2 Spots to highlight performers with vividly colored light to reflect different moods during the event. The Rogues were also used as audience lighting during the entertainment portion of the evening, and to spot models during the styling competition.

Also included in the rig were COLORado 2-Quad Zoom Tours. These RGBW par-style fixtures were used on the overhead circular truss and to accent the curves on the stage that Emergency Production had custom made by StageHouse for the event.

“We designed a 32’ by 16’ stage with a 20’ circular platform in front for the styling show,” said Hubbard. “This stage gave us a lot of space, and the curves were aesthetically very pleasing. Most of all, though, the stage gave us flexibility, which was what we needed to do justice to his type of event.” 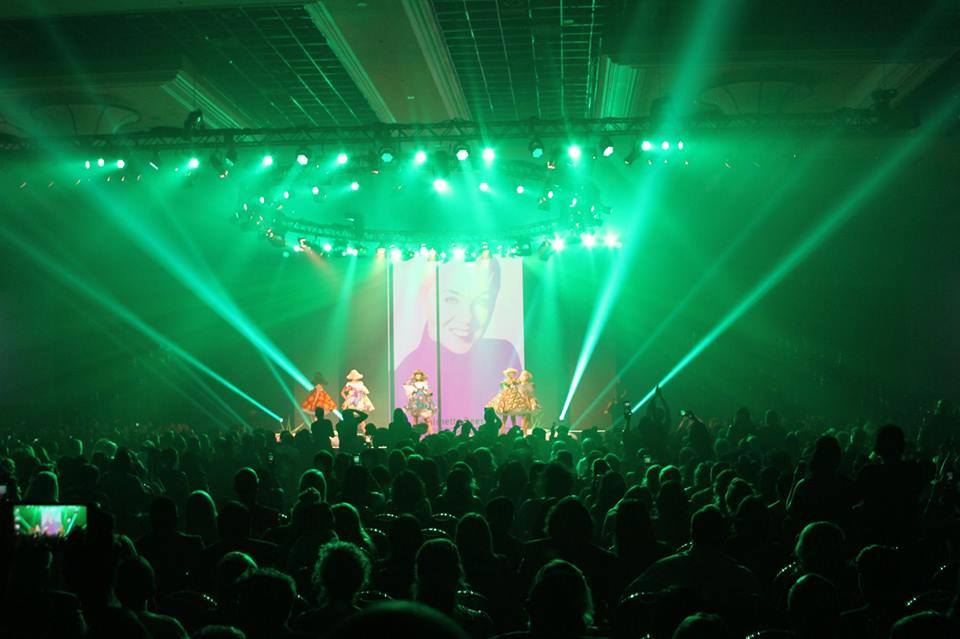