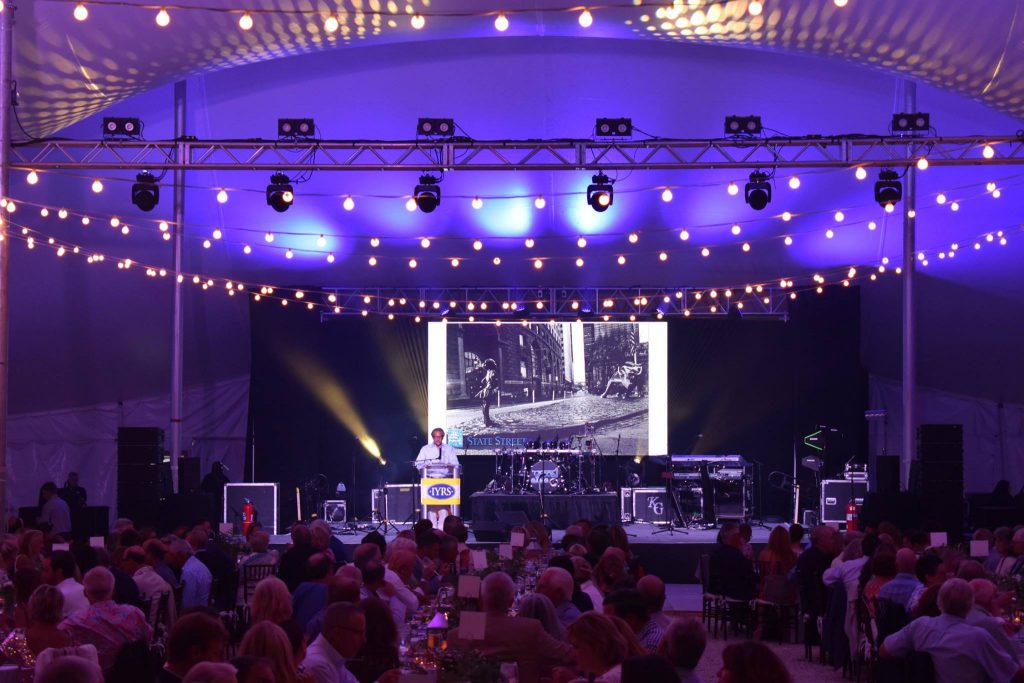 NEWPORT, RI – It was one of the hardest tickets to come by in New England this summer. Even with table prices reaching as high as $10,000, yachting enthusiasts entered their names on waiting lists to attend the 20th annual IYRS Gala, a glamorous fundraiser benefitting the International Yacht Restoration School. Held on the school’s 2.5-acre grounds, the event offered breathtaking views of Newport Harbor, elegant dining, an upscale auction, and entertainment by multi-Grammy winners Kool and the Gang.

Supporting the gala as it moved through a beautiful summer evening was a flexible lighting design by Megan Alksninis that featured 22 CHAUVET Professional Rogue fixtures supplied by JDI Productions. Relying on the color rendering capabilities of her wash and hybrid fixtures, Alksninis varied the lighting in the gala tent to reflect the changing tempo of the event.

“The first part of the night was a dinner and auction where I chose to stick with select colors. I tried to create a warm look through magenta and amber that was not too distracting,” said Alksninis. “In transitioning to Kool and the Gang, I used the four Rogue RH1 Hybrids in my floor package to create a rock-and-roll feeling. All the while, I wanted to keep my lights harmonious with the surroundings. Newport is one of the most beautiful places to work.”

In addition to four Rogue RH1 Hybrids, Alksninis’ rig featured 12 Rogue R2 Washes and six Rogue R3 Washes. The wide zoom range (12° to 49°) of her RGBW wash fixtures, along with their smooth color mixing, also helped her pick up the lighting pace once Kool and the Gang performed.

“When the band performed, I took the Rogue R2 Washes that I was using to light the tent and repurposed them to backlight the performers,” she said. “Kool and the Gang is a band that you can have a lot of fun lighting with color changes and movement. The Rogue R2s and R3s made color changes seamless for me at this event.”

Although the setting of the gala provided a beautiful backdrop, it was not without its challenges. “The venue is located on the water, our stage was set up on their parking lot, and we had a tight load in,” said Alksninis. “It required a lot of team work, so Freddy Thompson, our ME, as well as our techs Dylan Webster, Jenna Iorfida and Steven Fennell deserve a lot of credit. We all had a lot of fun. You really can’t ask for a more picture-perfect setting.” 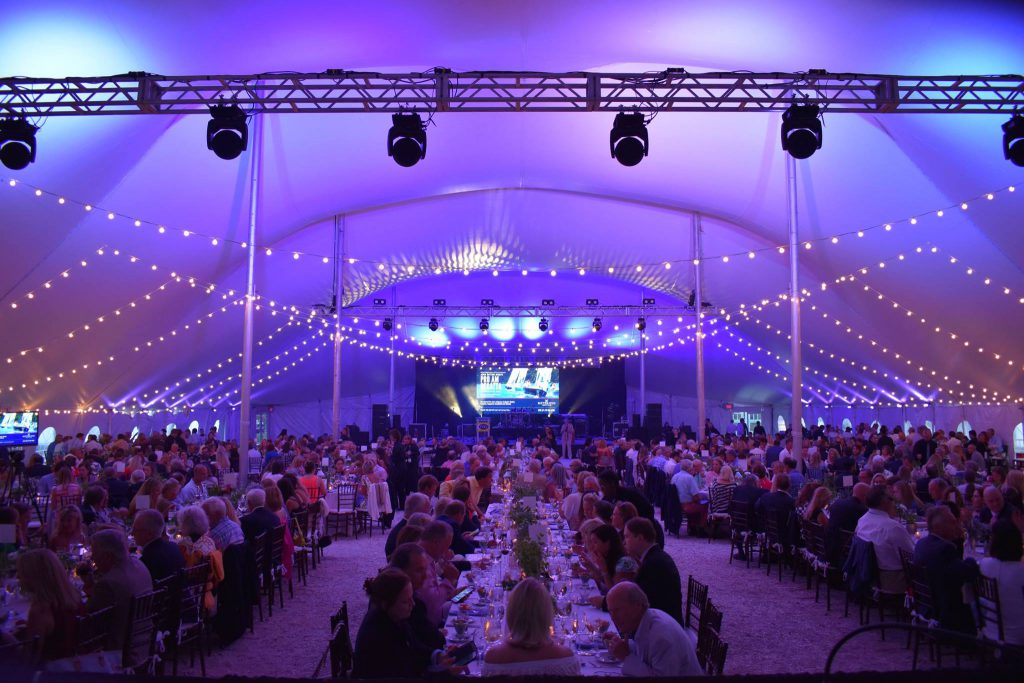