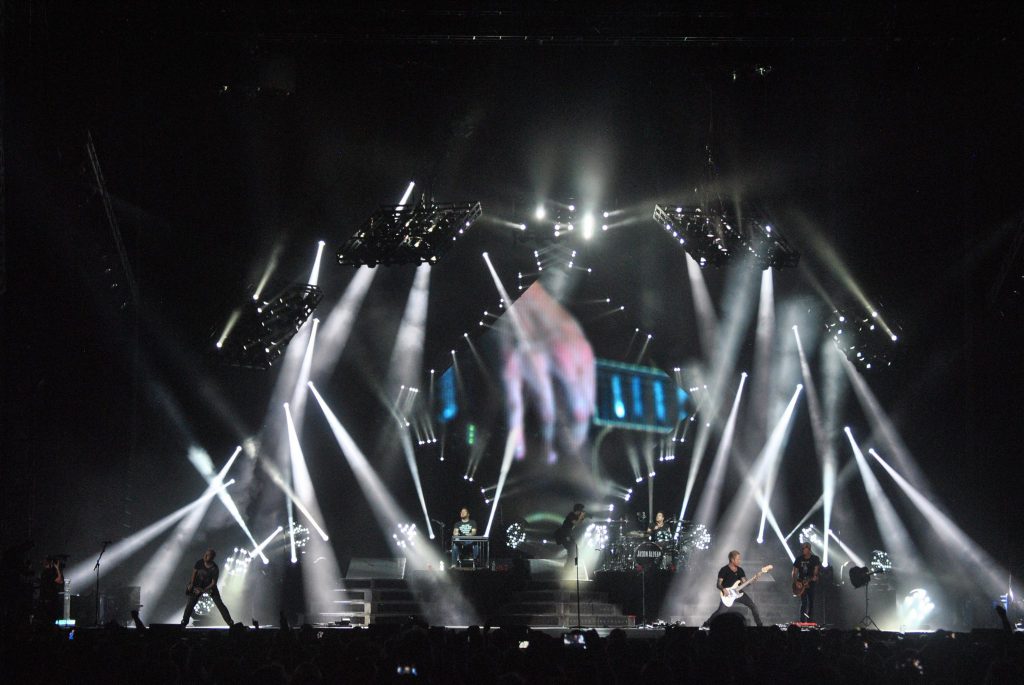 BOSTON – Labor Day may mark the official end to summer in the US, but for the big crowd gathered at Fenway Park the following weekend, the season was still in full swing. The hometown Red Sox were battling for a pennant, but they were 431 miles away in Toronto playing the Blue Jays. The sweet summertime mood that enveloped fans at the historic ballpark on September 9 and 10 came not from baseball, but from a memorable concert by red hot country music superstar Jason Aldean and special guest Kid Rock.

With the sounds of wide open road songs like Aldean’s newest hit “A Little More Summertime” and Rock’s signature “All Summer Long” echoing through the stadium, it felt more like the Fourth of July than back to school during the two shows. Contributing to the freewheeling atmosphere was a fast-moving high intensity lightshow created by Keith Hoagland that featured a floor package of CHAUVET Professional Rogue RH1 Hybrid moving hybrid fixtures supplied by Bandit Lites.

“We added the floor package, because we felt that the Rogue Hybrids would be an excellent complement to the other fixtures on our rig,” said Hoagland. “This was a very bright show, but the Rogues we had were intense enough not to be overwhelmed.”

Part of Aldean’s Six String Circus tour, the Fenway concert kicked off on September 9 to coincide with the release of the multi American Country Music Award-winner’s seventh studio album “They Don’t Know.” The concert was performed on a wide centerfield stage with a solid overhanging roof and walls on three sides that was flanked by two vertical video walls.

Hoagland accented the semi-enclosed configuration of the stage by creating an intense lightbox effect within its walls. He flew blinders on upstage truss, often directing their light down at the risers. He also flew high output pars on either side of the stage, lined the upstage truss with bright battens, and delivered even more brightness through the diamond-shaped center stage LED video wall.

Positioning 18 Rogue RH1 Hybrids in groups of three along the upstage risers behind the backline, Hoagland relied on them to match the aerial looks of his larger beams. Drawing on the Rogue’s tight (1-4.5°) beam angle and wide zoom range, the LD also used them to sweep and cross the stage with intense beams of different sizes that coordinated with the looks created with his video panels and other fixtures.

“We were able to get a lot of different looks out of the Rogues because of their versatility,” said Hoagland, who controlled his rig with a grandMA2. “They were also very affordable, so we were able to do this without blowing our budget.”

Justin Shaw, working for Kid Rock’s lighting designer Nook Schoenfeld (Visual Ventures Design), ran the boards for the Michigan-based superstar. “The entire concert went off smoothly; everyone did a good job,” said Hoagland. “From my end, I was impressed with what the Rogues could do. This was not your everyday concert venue, so we wanted to go way beyond your everyday lightshow. Adding the Rogue floor package gave us that extra dimension and more.” 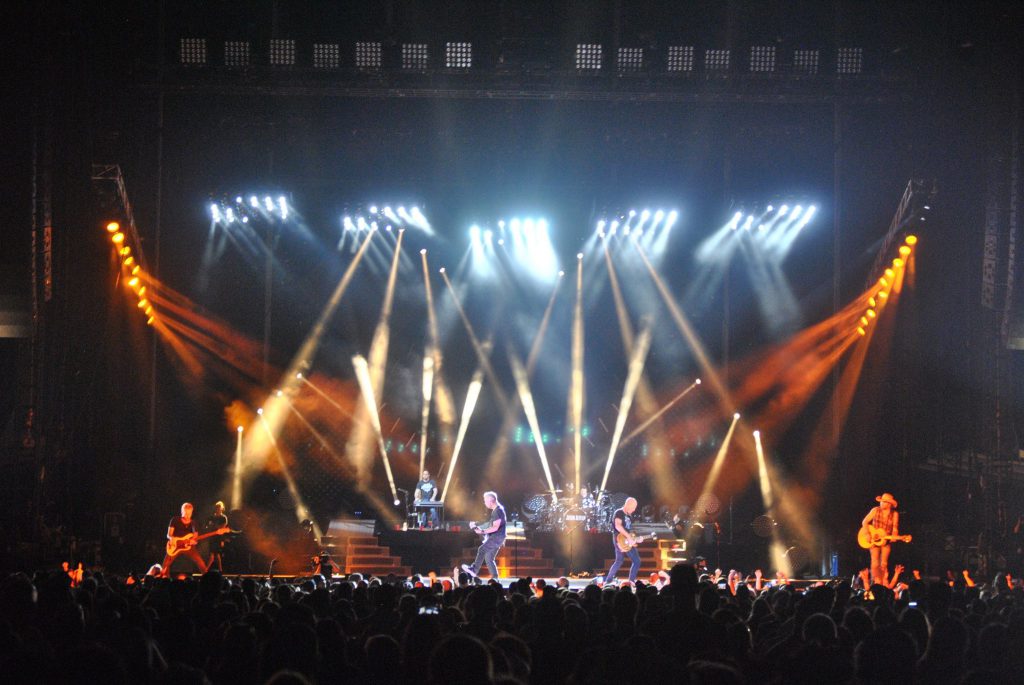