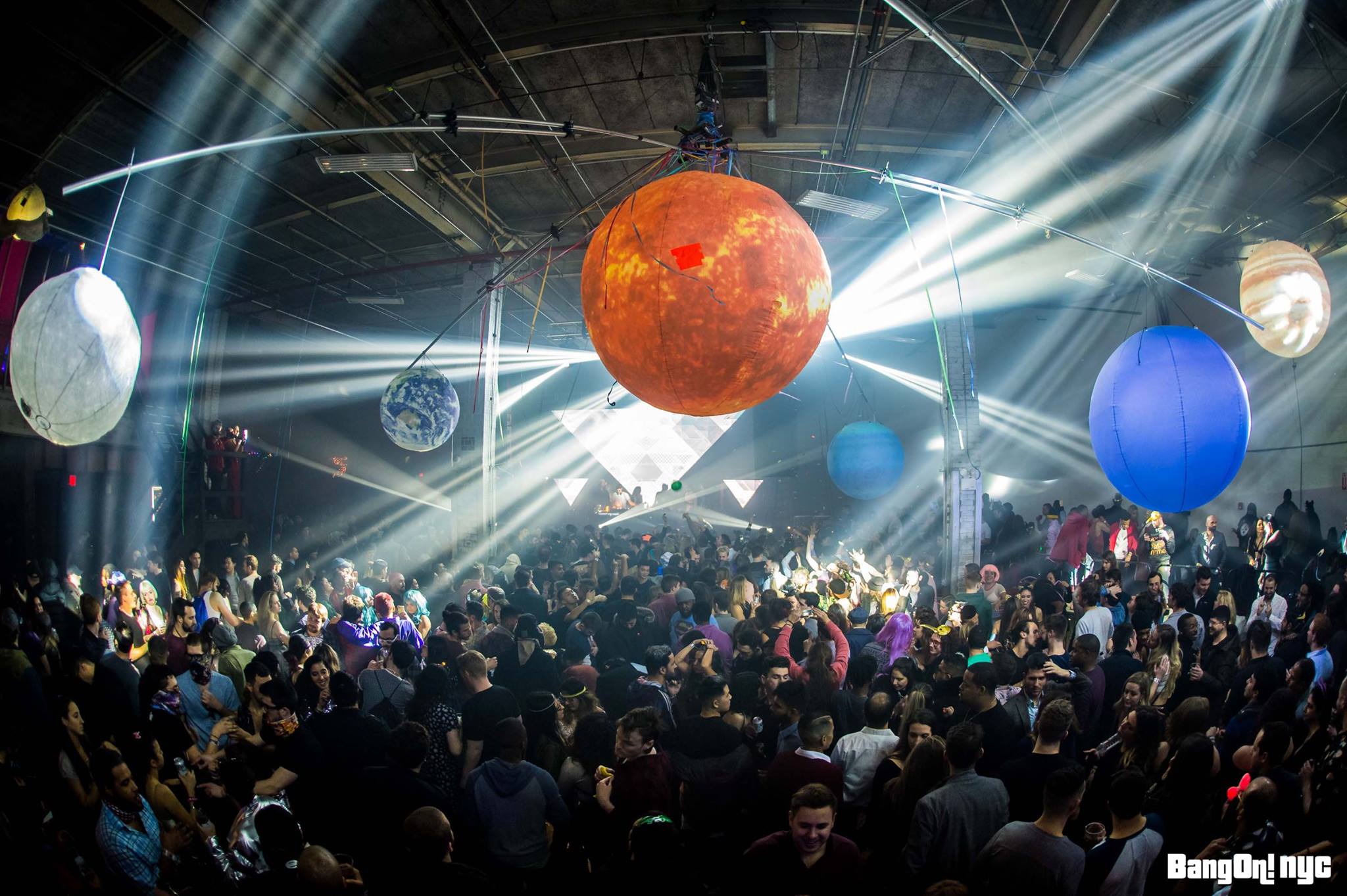 NEW YORK– Entering the BangON NYC party at Brooklyn’s East Williamsburg Warehouse on December 31 instantly conjured up feelings of journeying deep into our solar system. Hanging from the ceiling, as if floating through the vastness of space, were very large, colorful planetary orbs. The generously proportioned building, which stretches for nearly a city block and has a 35’ ceiling, served as an ideal setting for this celestial scene. It also provided Spencer Lavoie and Kyle McHugh with room to create an astronomically powerful lightshow that tied these heavenly bodies and other scenic elements into a transformative visual panorama with help from a collection of CHAUVET Professional Rogue fixtures.

“It was a treat to watch light beams crisscross one other over this sizeable amount of space and play off the scenic elements,” said Lavoie, who served as Technical Director of the event, which featured performances by a range of EDM artists like Claptone, Maxwell, FDVM and Dirty Looks. “There was a perfect fusion between the music and Kyle’s lightshow.” 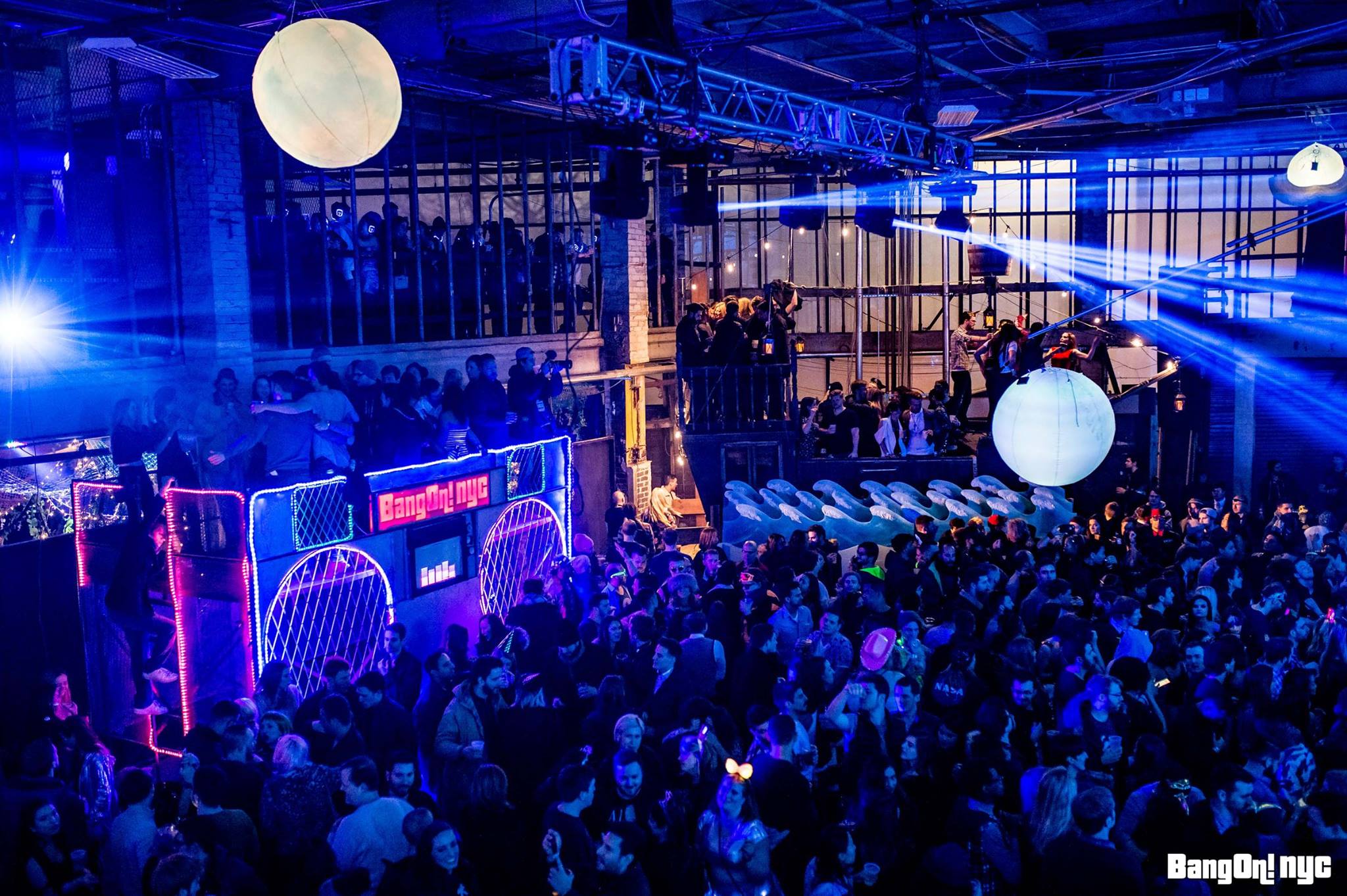 Featured in that lightshow were 24 Rogue R2 Beam and eight Rogue R1 Wash fixtures, supplied by Lavoie’s company, 4Life Entertainment & Technology. The 230-watt beams were arranged in groups of eight fixtures that were hung in three separate 20’ sections that ran down the entire length of the dancefloor.

“We rigged the beams to the ceiling to maximize their speed and minimize their visibility,” said Lavoie. “In an industrial warehouse setting, our goal is to keep the rigging and all fixtures as inconspicuous as possible, so they’re not even noticed by the patrons. The compact size of the Rogue Beams, relative to their high output, helped us blend the overhead rig seamlessly into the room. This contributed to the evening’s immersive environment, since it allowed patrons to see the light without noticing where it was coming from.” 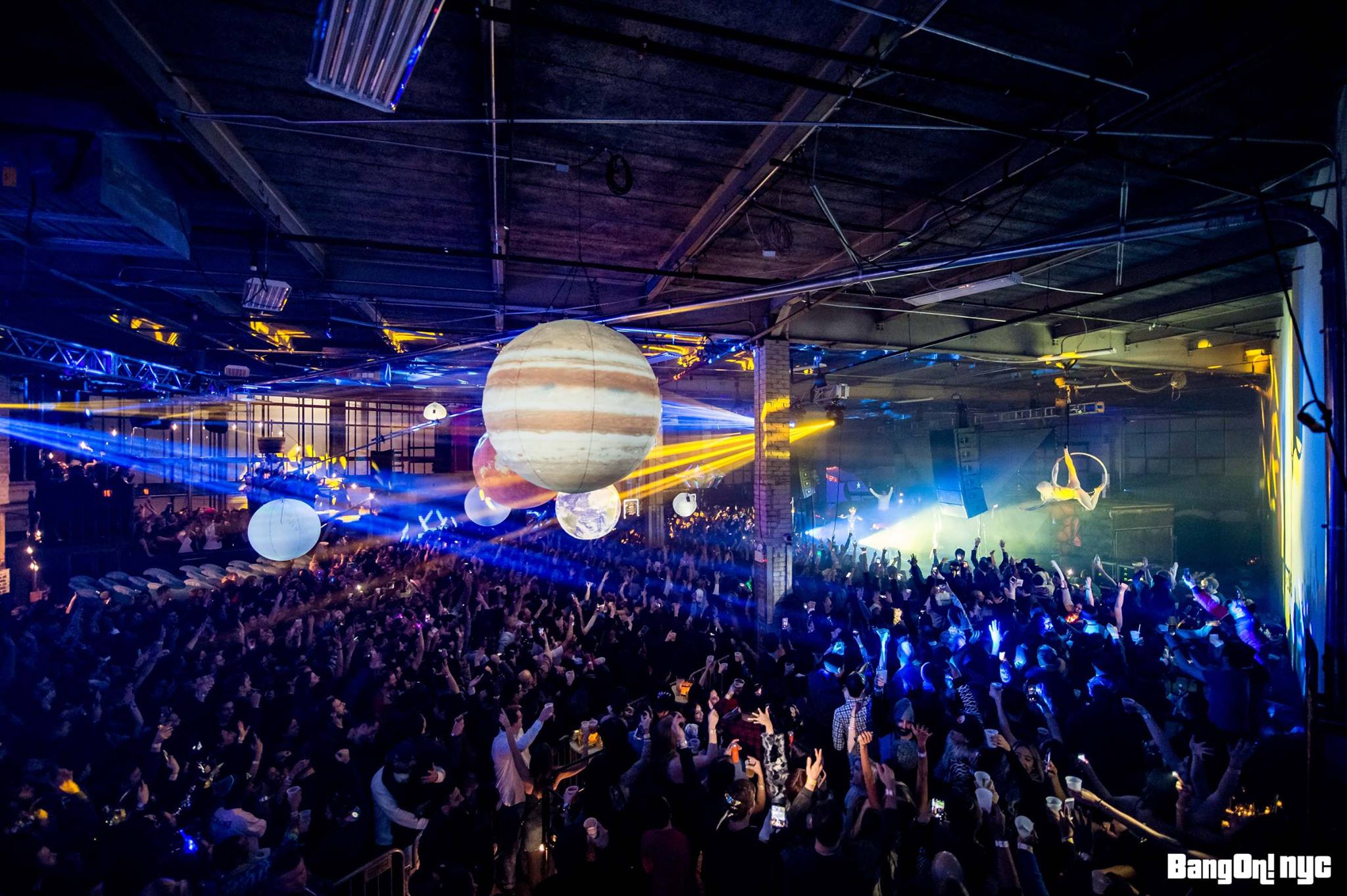 Throughout the evening, the Rogue R2 Beams did double duty as quasi theatrical lights, dramatizing the elements at various points in the show. “The need to highlight the props, which included the planets and other art objects, was certainly a consideration in our choice of the Rogue R2s,” said Lavoie. “We drew on the R2’s frost feature to highlight some of the pieces of art as they became relevant to the theatrical element of the show. When the frost was used, these beams had almost a hybrid feel.”

Working with the beams were the eight Rogue R1 Wash fixtures, which were positioned 50’ from the first truss line and used to create some deeply saturated stage lighting “The quick movement and zoom of the washes were just what we were looking for on stage,” said Lavoie. “We used them to highlight dancers and the DJs in a wide range of colors that changed to fit the mood.”

Flowing with the various moods of the party was a hallmark of McHugh’s lightshow. The LD drew on this rig and the evocative scenic elements located throughout the venue to create a lightshow that unfolded in theatrical fashion.

“Kyle did a masterful job keeping the show fresh with new looks flowing out of existing ones,” said Lavoie. “He started off with minimalistic, yet captivating looks. Then, as the evening went on, he drew on the R2’s flexibility to bring out a more intense strobe and color fade show that meshed with the dance music. The lighting took people on a journey.” 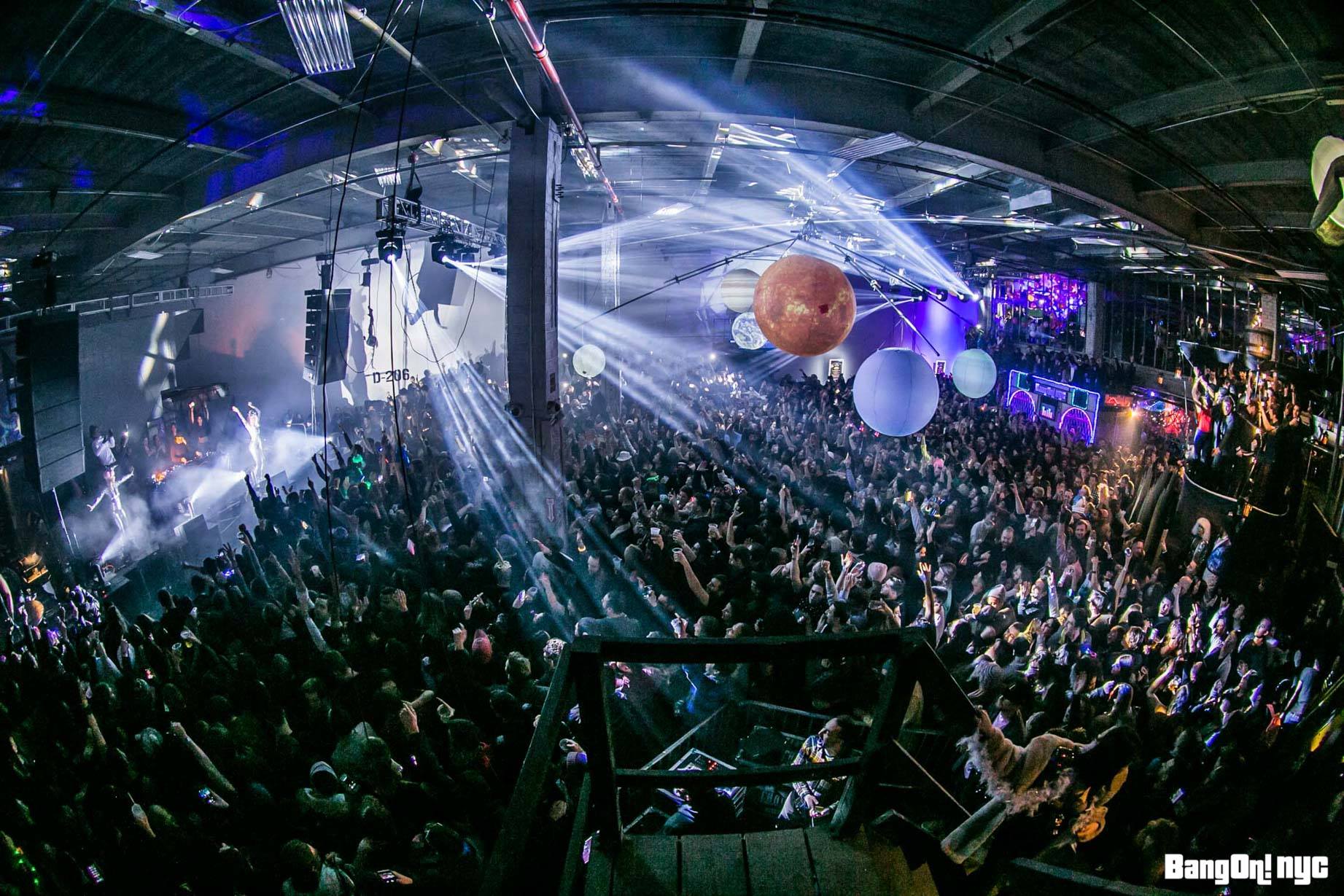