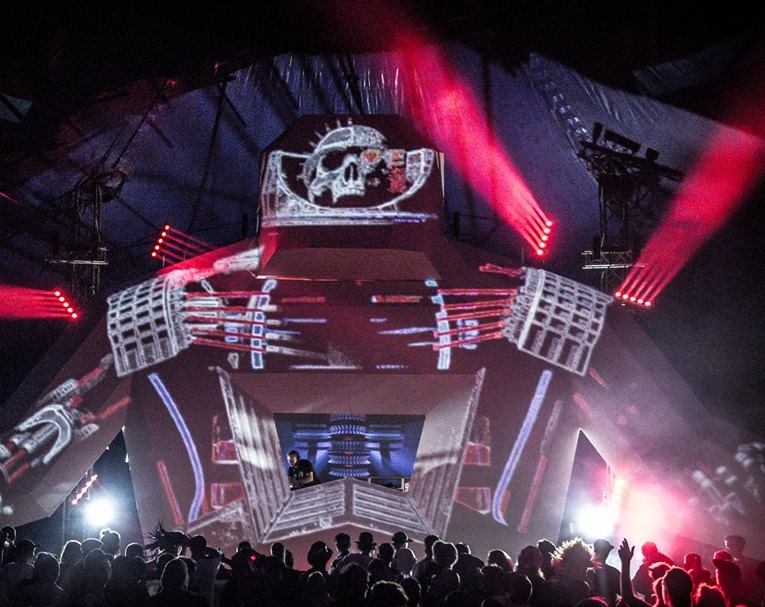 CORBY, UK – On its website, the Illusive Festival describes its mission as being “to create a magical world away from reality to immerse yourself within.” The festival, which takes places in the rolling fields outside the Northamptonshire town of Corby, more than lived up to that goal in September with a mind-bending main stage design by Simon Wallwork that featured a towering 14 meter (26.2’) high by 8 meter (26.2’) wide robot that looked like it walked right out of a sci-fi movie.

In the belly of the gyrating robot was a DJ booth. Over each shoulder of the robot and along its sides was an asymmetrically arranged collection of Rogue R1 FX-B fixtures from CHAUVET Professional.

Lighting designers Toby Lovegrove and Doug Alan Coppell, along with their team, used the Rogue fixtures to shoot rapidly moving and rotating beams of brightly colored light from behind the techno-beast in every direction. The varying shafts of light from the Rogue R1 FX-B fixtures coordinated nicely with the lighting and video images emanating directly from the robot, which was created using a Barco HD20 Projector, MacBook Pro, APC-40 for MIDI Control, and running Resolume 5 that was distributed using Decimator Design MDHX and HD SDI.

“We went with a sympathetic lighting design that didn’t detract from the robot’s projection,” said Lovegrove. “We didn’t decide on the final positioning of the lights until we were on the site so we could achieve this balance.” 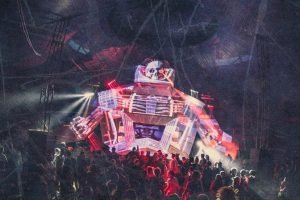 Controlled with an Avolites Tiger Touch II with a mobile playback wing for extra faders, the six Rogue R1 FX-B fixtures on the Illusive rig gave Lovegrove an endless variety of looks to play off against the robot. “We didn’t have a lot of space to position the lights between the large robot and the big top tent,” he said. “So the Rogue’s compact size and ability to create so many looks was very valuable. All the fixtures were positioned to look as if they were attached to the robot as moving flashing and strobing appendages.

“This was the first time I had used the Chauvet R1 FX-Bs, and so as the weekend went on I continued to do more and more with them,” continued Lovegrove. “I used many more of their built-in cell and movement macros to add a more dynamic feel to the show. As far as their brightness is concerned, they more than held their own against the 20K projector. Plus, their versatility made them the ideal choice to fill all the areas where projection was not occurring.”

In addition to the Rogue R1 FX-B fixtures, the Illusive lighting rig, utilized another CHAUVET Professional product, the STRIKE 4.  The multi-formatted warm white LED fixture was used in extended 12-channel mode, providing low power strobing for audience lighting. “One of the issues we had the previous year was that the lighting did not balance with the projection at all times,” said the LD. “This year, we wanted to use fewer fixtures and use them in ways that created a cohesive look. The STRIKE 4s were well-suited for this, because they gave us a distinct warm white strobe even at a low output.”

Although the brilliant stage design at Illusive provided festival-goers with a joyful escape from reality, it was the product of really hard work and a determined effort to overcome challenges. Due to the size of the set, there was a shortage of traditional rigging points for lights inside the tent. However, the addition of multiple outrigger arms allowed the design team to overcome this challenge.

“Of course, the credit for this design going smoothly should go to the great team involved,” said Lovegrove. “This begins with Simon Wallwork and the people at Illusive, who came up with such interesting concepts. Secondly, Ed Metcalf and the rest of the team at Cursor Collective really made the set come to life with their original and visually stunning projection work and content creation. Doug Coppell and Jesse Matthews supplied and installed the lighting with help from Lewis O’Callaghan, Beth Kinchin and Dan Pollock. Jesse Matthews and Fiend Productions were also a big help. Anytime you see something this fantastic, you know that a lot of people had to pull together.” 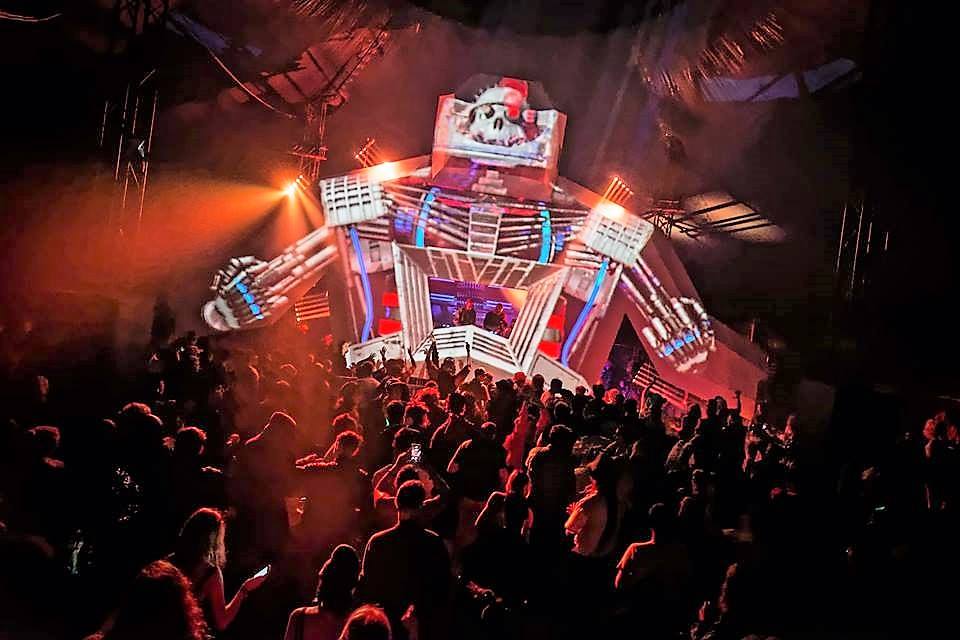