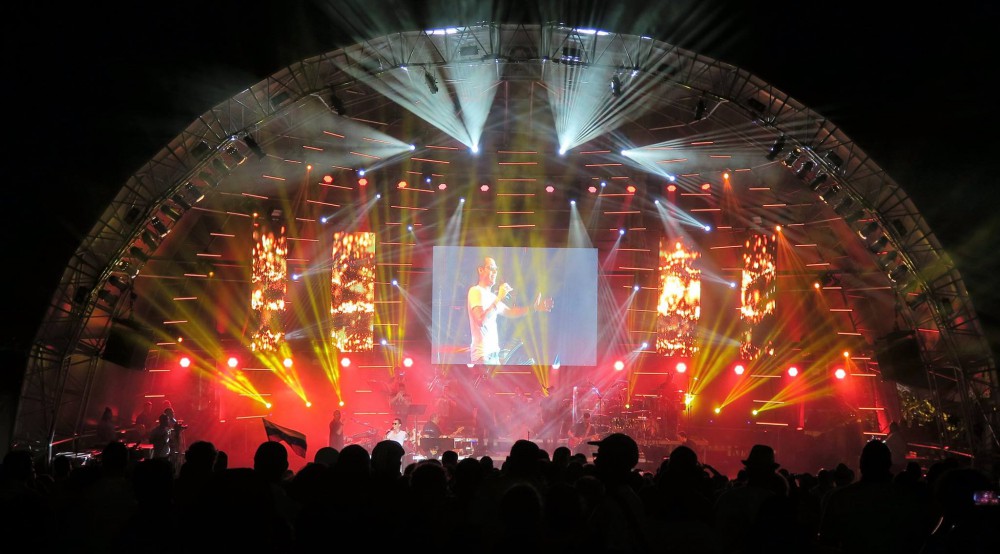 SAINT LUCIA – David “Gurn” Kaniski had his rig for the Saint Lucia Jazz and Arts Festival main stage all set up when he was given the bad news: 15 of the ÉPIX Strip Tours at the heart of his design were blocking a path that (unbeknownst to the LD) had been designated for equipment load-ins. “They told me I had to remove the 15 strips,” said Kaniski. “My response was, ‘You got to be kidding!’ Running the strips to follow the stage’s dome was at the heart of my design.”

It was then that Kaniski discovered a valuable feature about the pixel mappable LED strips from CHAUVET Professional. ““The ÉPIX has this cool slide adjustment that allowed me to hang the strip off center in order to clear the door way,” he said. “Using this feature, I could keep the 15 strips in place and preserve my look without obstructing that pathway.”

The crisis-averting sliding feature was only one of several pleasant surprises that the Los Angeles-based LD discovered about his Saint Lucia rig’s principal fixture. Kaniski, who used 100 ÉPIX Strip Tours supplied by The Design Oasis, on the main stage, acknowledges that the RGB units were not on his original spec list. 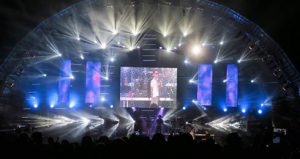 “At first, I was looking at RGBW products that were higher res, rather than an RGB fixture, but we had to reevaluate because of budget,” he said. “The people at The Design Oasis showed me the ÉPIX Strip Tours as an alternative. Yes I was impressed. There were some adjustments I made, but the looks we got with the ÉPIX were outstanding.”

Instead of running the strips on a server as originally planned, Kaniski wound up pixel mapping them through a Hog 4. Positioning the ÉPIX Strip Tours horizontally in seven vertical columns that followed the arch of the stage dome, he created an exciting glowing effect to highlight a stellar lineup of festival artists that included Mark Anthony, Kool & The Gang, George Benson, Ronald “Boo” Hinkson and more.

“I worked the ÉPIX Strip Tours with the outline of the dome, which is kind of a signature of the Saint Lucia festival,” he said. “The strips were positioned 30” apart. We filled the whole dome with them to great effect. The colors produced by the strips complemented the color of the dome lights, which really made the dome stand out.”

To accent the beams even further, Kaniski coordinated their colors with those produced by beams on the stage deck.  As an added visual flourish, he often matched the pixel mapped patterns displayed on the strips with the images shown on the four video panels that flanked this stage’s main video wall.

“The images displayed were impactful,” he said. “I would definitely use the ÉPIX Strips again. We even got some very nice looks from the console’s effects generator when we didn’t pixel map. The dome diffuser accessory that you have with the ÉPIX also worked very well to create a vivid output.  My goal was to make the iconic stage dome pop, and the ÉPIX certainly did that and more.” 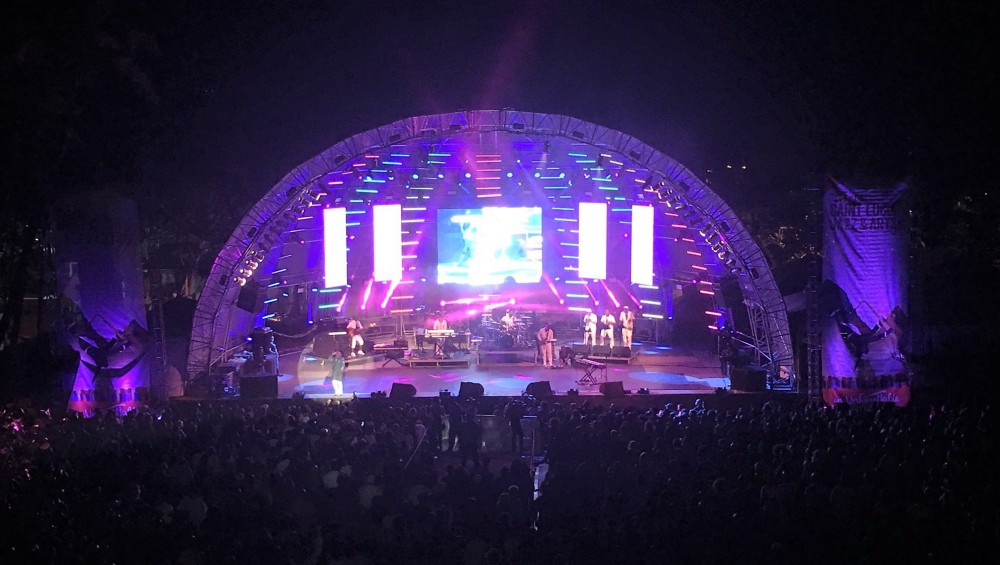