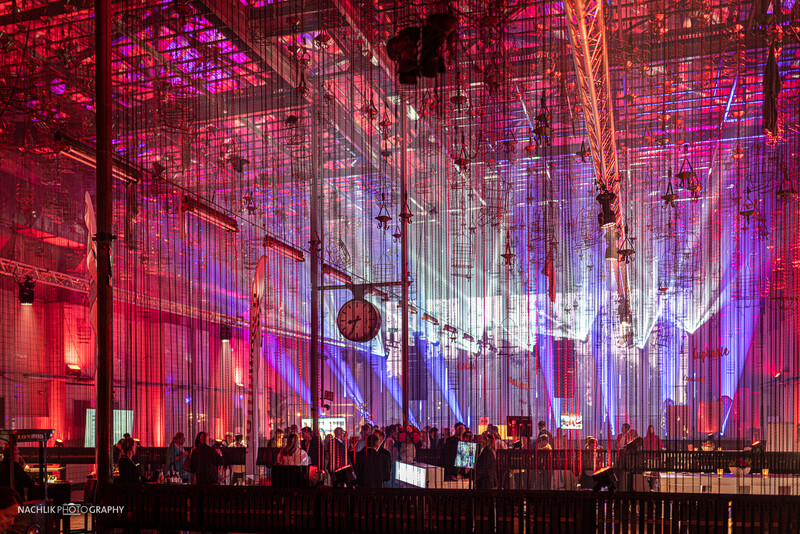 HERTEN, GERMANY – In 1871, a mine was dug in the gently rolling countryside between Essen and Dortmund in the Ruhr region. Over time, the Ewald Colliery grew to become one of the most productive and deepest mines in Europe. Employing up to 4,000 miners, it produced tons of coal to power Germany’s burgeoning industries, including its pioneering automobile factories.

On 28 April 2000, the last mine cart of coal rolled out of the colliery, but in an ironic twist of fate, the sprawling site was reborn almost two decades later as the MOTORWORLD Zeche Ewald, a unique event location. Adding extra sparkle and excitement to an introductory gala, which was held to create publicity within the event industry for this multi-faceted car-centric venue, was a deftly executed lighting design by Tim Jansen and the Schallmeister team that featured a collection of CHAUVET Professional Maverick and Rogue fixtures.

Over 250 special invited guests from event-agencies, large corporations and medium sized companies attended the kick off festivities, and enjoyed touring the spacious complex, which in the future will include a classic car display, a hotel, and dining facilities. The Schallmeister design enriched the networking event’s visual experience by using 16 Maverick MK1 Spot and 16 Rogue R2 Wash fixtures to accentuate the distinct architectural features of the former colliery. 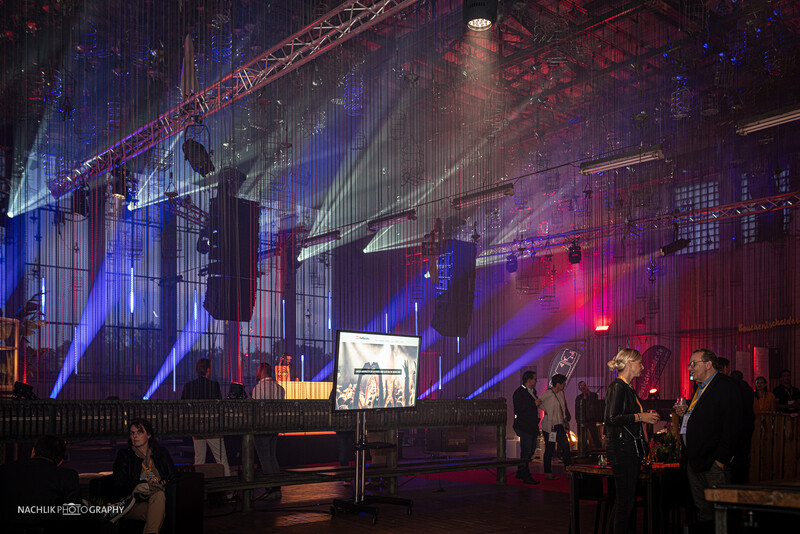 Positioned from ceiling-bound trussing columns, the Maverick MK1 Spot fixtures maintained a harmonious balance between providing stimulating illumination and subtle architectural emphasis. The Schallmeister team relied on the moving spot’s output to send concentrated beams of light from one side of the venue to the other. By doing this, they were able to accentuate the industrial feel of the venue, while also creating a unique visual spectacle.

“In this production, we were less concerned with the movement of light, than with staging the perfect visual impression of the space,” commented Jansen. “The intense brightness of the Maverick Spots played a pivotal role in shaping the space. When the guests first entered the room, they were absolutely awed, which was exactly the reaction which the organizers wanted to create!”

In contrast to highlighting the wonderful architecture, the Rogue R2 Wash fixtures were tasked with illuminating the main exhibition stands within the hall, which showed information about the different MOTORWORLD service partners, such as caterers and local artists-agencies. Here, the RGBW LED washes were predominantly tasked with providing warm white functional lighting of the exhibition stands, with an occasional burst of saturated color thrown in during the ‘show’ introductions. 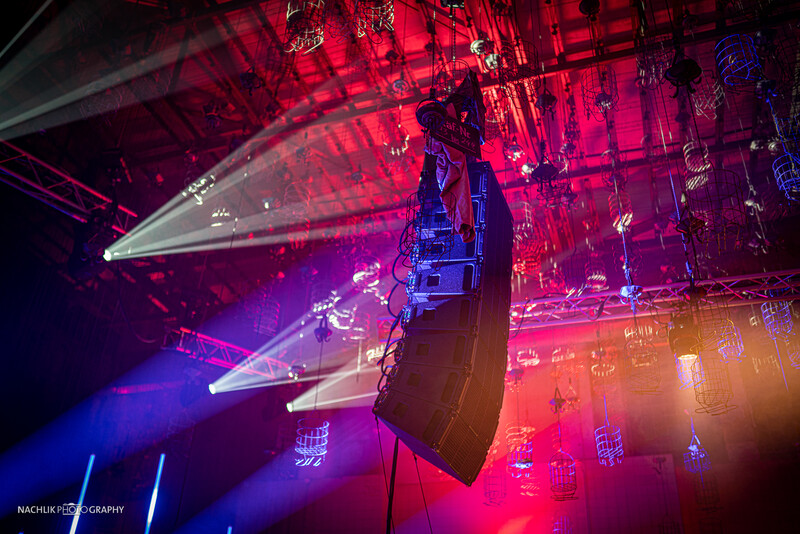 “Although we’ve used the R2 Wash in a number of different situations prior to this event, we found the fixture to be also extremely competent at providing functional lighting when required,” continued Jansen. “The impressive zoom range also came in very handy for providing flat and even lighting of the exhibition stands, which was something of a necessity given the relatively high trussing.”

Fortunately for Jansen and his team, the excellent color rendering of the Rogues provided a solid visual foundation for the exhibition areas, which benefitted from faithful color reproduction and clarity of illumination.

“Overall, we were able to strike a perfect balance between the networking atmosphere and architectural outlining of the building,” concluded Jansen. “Thanks to the combination of our lighting concept and the impressive architectural surroundings, the reaction from both guests and organizers was equally positive.”