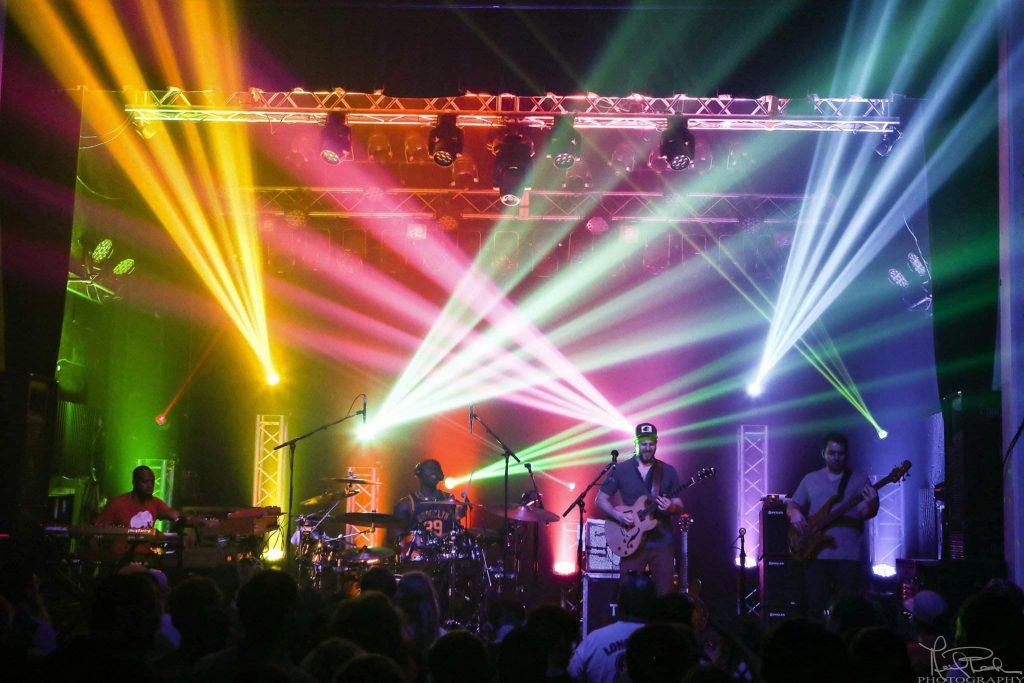 NEW YORK – An ethereal science fiction vibe emanates from the music of progressive rockers TAUK just as surely as extended guitar riffs and pulsating bass comping. This is plain to see (and hear) in the New York band’s sixth studio album Shapeshifter, which revolves around the theme of artificial intelligence. It’s also very evident on their current national Let It Be tour, which began on January 31 at the Portland House of Music and runs through a June appearance at Michigan’s Electric Forest Festival.

Positioned on truss columns ranging from 1.5’ to 6.5’ in height, the 10 Rogue R1 Beam units in Light’s rig create an intricate matrix of overlapping beams across the stage. Shot in different directions and from varying heights, light from the 132W fixtures creates alternating areas of intense brightness and dark space, an effect that reinforces the shifting reality spirit of the band’s sci-fi inspired sound.

This effect is amplified by the Rogue R1 Beam’s independently controlled prisms, which allow Light to create split beam effects. “I really like that the Rogue lets me overlap the prisms, which is something I haven’t found in other beams of this type,” he said. “It’s a great tool when you want to create layers of light.”

Also high on Light’s list of favorite Rogue R1 Spot attributes is the fixture’s colorizing capability. “The Rogue has this light green color that it creates, and I really like that,” he said. “I also use some pinks, along with blues and yellows, to get these original looks. Varying the heights of my Rogues and coming up with different color schemes keeps the show diverse and reflects my client’s music.”

Light gets added color from the CHAUVET DJ COLORband and SlimPANEL fixtures in his rig. He is packing four COLORband PiX Mini and four COLORband PiX IP (for outdoor festivals) fixtures, as well as 20 SlimPANEL Tri 24 IP units. The SlimPANEL lights are also used at outdoor shows, primarily for ambient lighting in the area around the stage.

In Light’s hands, this ambient lighting creates an other-worldly glow throughout the performance area. Evocative of space travel and the infinite expanse of the universe beyond our solar system? Perhaps, but also very fitting for a band that relentlessly pushes the boundaries of imagination.