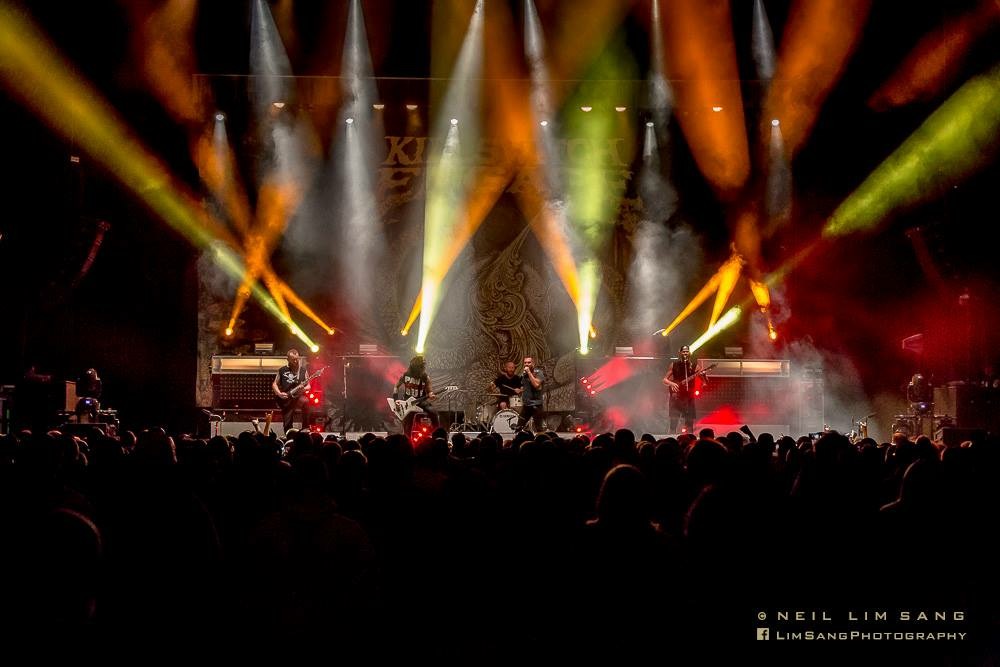 There is a sort of paradox built into metal music. On the one hand, it serves up this thick massive wall of sound that washes over the audience like some giant cloud blocking out the sun. On the other, it moves like a freight train with its accelerated tempo and non-stop hypersonic guitar riffs.

What are the special challenges of putting this unique musical blend to light? We wondered, so we hooked up with Freddy Thompson, Peter Therrien and Cody James, designers at Cranston, Rhode Island-based JDI Productions. Among them, these LDs have toured with a “who’s who” of metal bands like Killswitch Engage, All That Remains, Yellow Card, Hatebreed, Miss May I and We Came As Romans to name a few.

Not surprisingly, one of the first things we learned is that there is no one-size fits all definition of metal lighting, just as there’s no single buttoned up description that defines all metal music. There are, however, some general underlying design concepts to keep in mind if you hope to reflect this powerful form of music in light. Our three designers generously shared their insights into these concepts with us.

The JDI Productions Team has toured with some of the biggest names in metal music. Do you take a different approach to lighting different metal bands – doing things one way for Killswitch Engage, and another for All That Remains?
Freddy Thompson: “Yes absolutely, each band is always different, not just from other metal bands, but also sometimes from their own persona at the last concert. Like all musicians, metal bands are always evolving.”
Peter Therrien: “To what Freddy just said, metal bands are always improvising. I will pre viz songs on a set list, but some metal bands like Hatebreed will free form every night, so you have to know their music, but not get locked into a set list. It’s all about understanding each band’s unique approach to its music.”
Cody James: “I think to sum it up, the public puts metal music in a genre more than we do. Yes, metal music all has the same mathematical beats, fast paced riffs, growling vocal styles and things like that, but to us it’s very individualized music. We have to know it and know what the band is trying to do, to match it with light.”

Each metal band is unique, but looking at the genre in general terms, is there a key to lighting metal music?
FT: “One thing I would advise is to look at the lights. I do not look at the band when I’m working a show, I look at the lights. The lights pump up the crowd and the crowd pumps up the band – and the band pumps us up. Even more important than that though is to make a real effort to listen and understand your client’s music. The more you listen, the better you do. So for example, when you know the music you know exactly when to strobe for a guitar squeal. If there’s a quick little squeal, you want to hit it at exactly the right moment when the guitarist pulls that note out. This requires being familiar with the music.”
CJ: “For me, I have a very specific programming style. So when I did Killswitch Engage for the first time, they were a little shocked by all of the big solid color themes and all of the interactive things I did. So my advice if you’re doing metal for the first time is to be aware that this music involves more intricate lighting than you may think. There are things like some weird double pedal clutches that you have to get familiar with in order to light.”
PT: “When lighting metal, I base what I do on the drummer, because the drummer is the one that the band always comes back to – they always come back to the drummer’s beat. Another thing that I’ve learned about lighting metal music is to use the dark spaces. You don’t need to have your front lights on all of the time!”

You may not need to have front lights on all the time, but based on the designs we’ve seen, metal lighting always seems to be moving at a fast pace. Is that a fair statement?
CJ: “Yes, with metal there is always something going on. Not only are the shows fast, they’re longer than most other concerts. I’ve worked some Yellow Card shows that run over two hours with something like 27 songs in the set, so you have to be ready to vary your design to keep it interesting.”
PT: “Metal shows are non-stop. They flow at speeds that you can’t replicate on your iPod. So even though you’re going to be punting, you want to do a lot of preparing and have a lot of different cues ready.”
FT: “I think the speed of a metal concert can throw off designers who are new to the genre. The biggest mistake that newcomers make is not keeping up with all that’s going on. “

Colorful Beams always seem to play a bigger role in metal lighting today, as opposed to the past when you saw mostly white beams. Can you comment on that?
FT: “Beams have always been important since they set the stage for metal music – but yes, you are correct, we’re seeing more color beams today. Years ago it was all white, CTO whites and some darker colors. Now the bands want colors to reflect different moods. Metal music has expanded and so has its lighting. We are taking magenta, cyan and congo and giving them a metal twist. When you drop them into a metal design, you get a complete new kind of effect.”

Metal light shows are intense, but is there a point when the intensity can be turned up too high?
FT: “Yes, without a doubt there is such a point. We talked earlier about mistakes that designers who are new to metal tend to make. Definitely one common mistake is to throw everything out there with no rhyme or reason. That’s when you get into the area of flash and trash, which is not what we do. Lighting metal is like lighting any other music in this respect; you have to have a plan or an idea of what you’re doing. Your high points have to be something that you build up to; they aren’t just there all the time.” 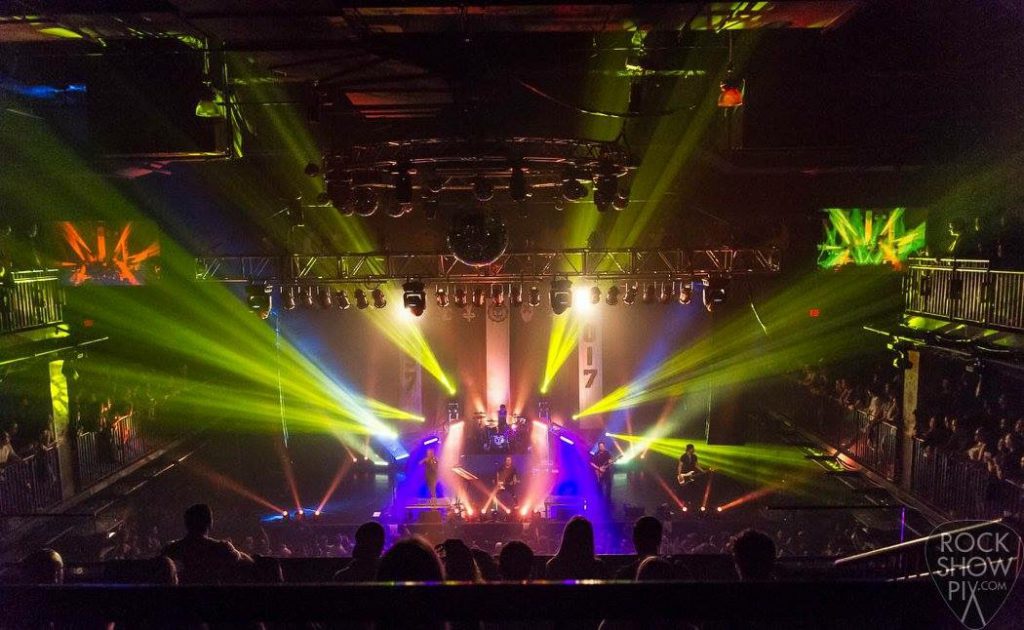