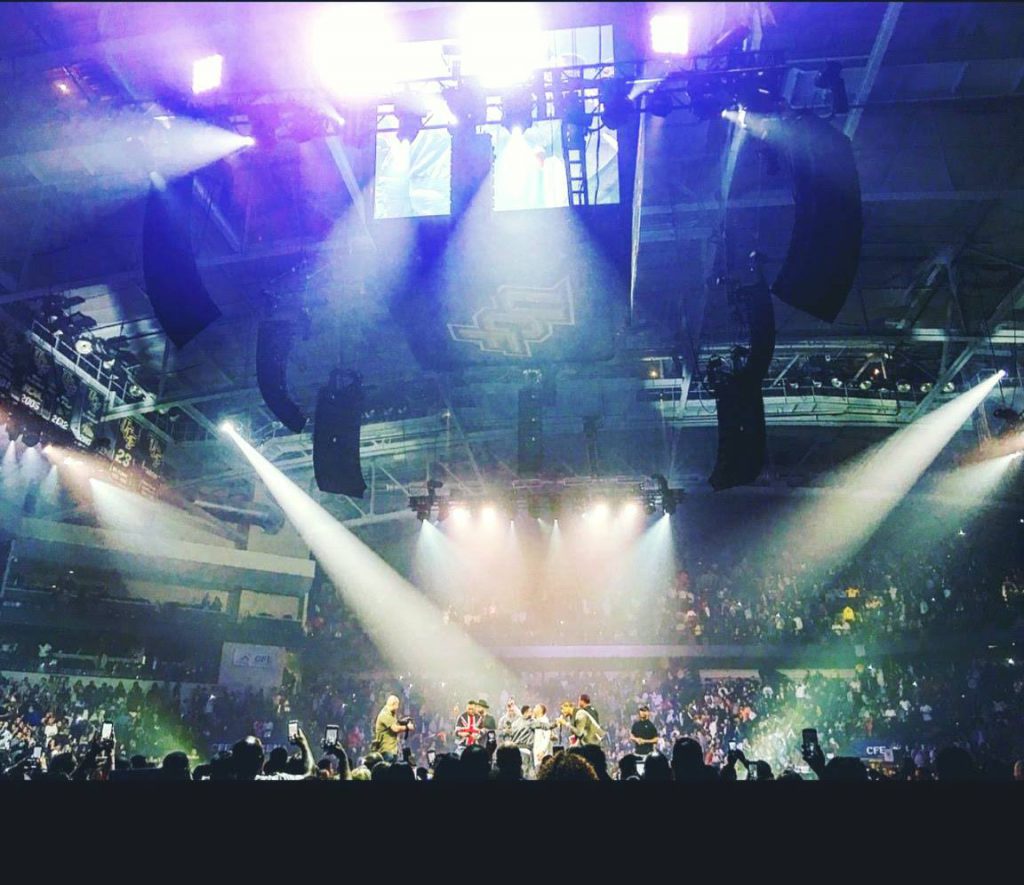 “There are different situations to deal with when you have a 360° open stage,” said Zack Bunner, Head Lighting Tech at Showtime Sound. “We were able to use the fixtures in our rig to create a sense of space onstage, surrounding Kevin with light without interfering with the connection you get from the open layout. Working closely together with Kevin’s Lighting Director Ken Delvo, Showtime Project Manager Brett Angstadt did an excellent job designing the rig so we could achieve the balance we were looking for.”

The team from Showtime used 12 Rogue R2 Wash fixtures and 16 Nexus 4×4 panels to create the engaging look. They positioned the Rogue units on horizontal truss bars suspended 30’ over the 24’ x 24’ center stage. Drawing on the fixture’s tight beam angle, they focused light on the stage truss, washing it in whites and an array of colors. They also used the Rogue fixtures for audience lighting.

“Our bread-and-butter fixture is the R2 Wash,” said Bunner. “We used this as a great crowd wash, as well as a stage wash throughout the show. The zoom is so versatile we were also able to use the light for various beam looks. As a crowd wash, it illuminated those in attendance, allowing our artist to see them and connect, without blinding anyone. We rarely have a show where we don’t make this fixture our backbone.” 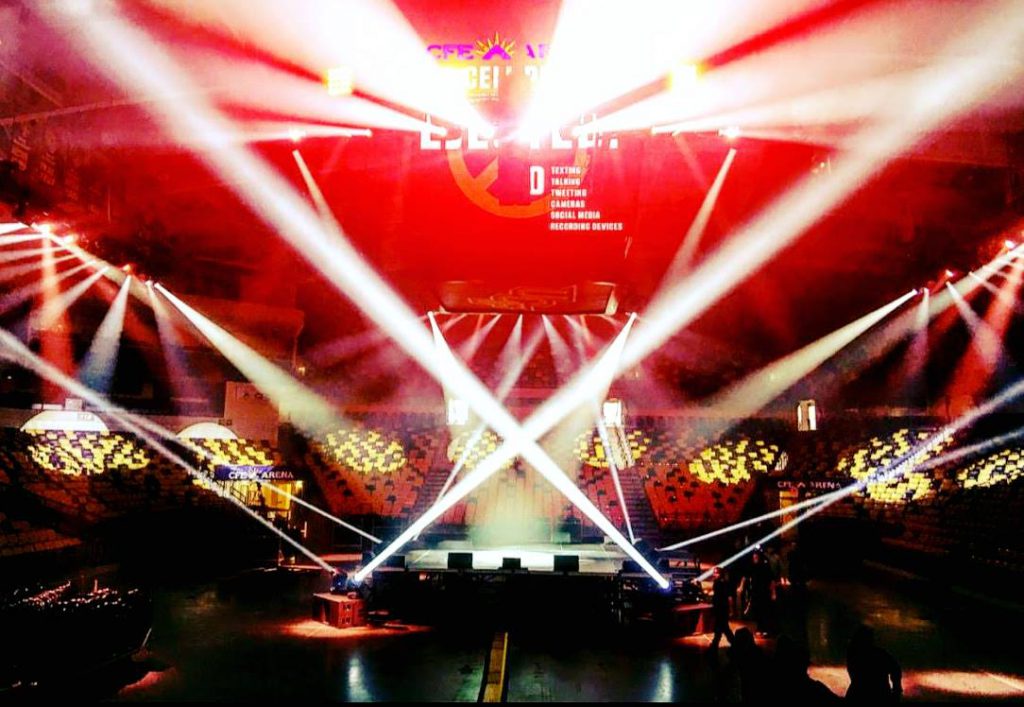 The Nexus 4×4 panels were hung on stage truss facing the crowd. The COB RGB panels provided a bright and bold reference point for the stage without detracting from its openness. “We created some compelling eye candy with the Nexus panels,” said Bunner. “By pixelating them, we came up with an endless stream of images that reflected different aspects of Kevin’s performance.”

Describing the Nexus panels as “the main fixture for this show,” Bunner credits them with creating visuals that the whole arena could enjoy because of their brightness. Like Kevin Hart himself, they connected to the crowd by being vibrant, colorful and able to work wonders on stage.