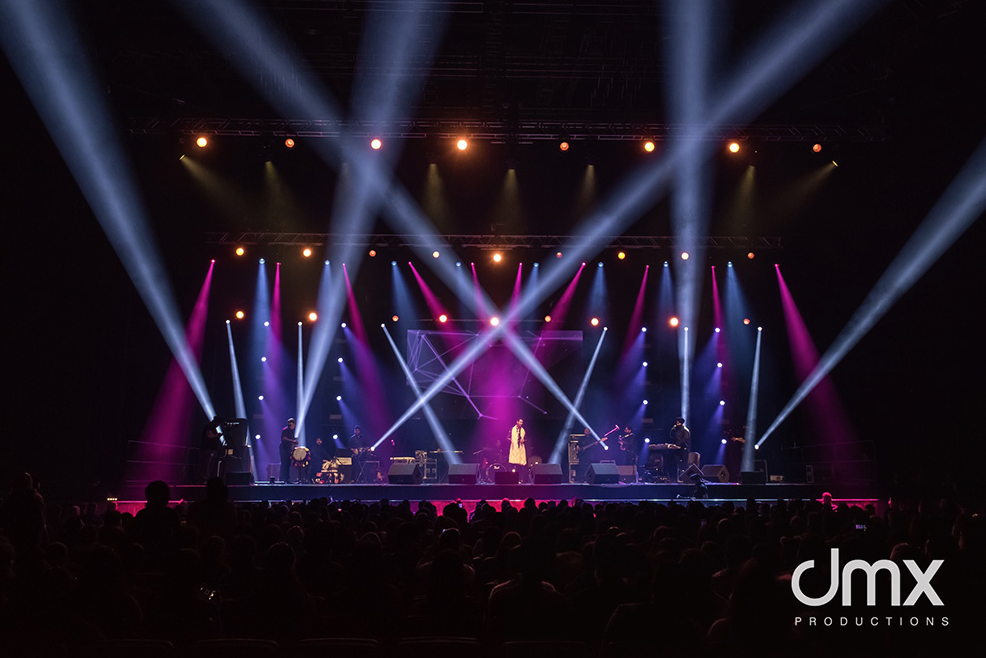 BIRMINGHAM, UK – Artistic creations often take on a life of their own, morphing from genre to genre to reach people in new ways. For example, a song might give rise to a film, while a painting inspires a musical, all part of creativity’s never-ending quest to find new forms of expression. Such is the case with the deeply moving soundtrack of Harbhajan Mann’s blockbuster film Dil Apna Punjabi, which was recently transformed into a live concert experience on the Tin Rang World Tour.

Among the first stops on the tour was an appearance at Arena Birmingham. Supporting the resonant mix of music and dialogue at that show was a lighting design by SJ Grevett of DMX Productions that featured 25 CHAUVET Professional STRIKE 1 fixtures.

The warm white light from the STRIKE 1 fixtures underscored the impact of Mann’s transformative message, which revolves around what its author describes as the “three colors of life.” Hung on truss ladders that ran across the width of the stage, and flown from overhead truss, the STRIKE 1 units created an inviting glow over the performance and complemented the colored beams elsewhere on the rig.

Flanking a large center-stage video wall that was used primarily to display IMAG images, the rows of STRIKE 1 fixtures served as a backdrop on the open-backed stage, giving it an extra sense of depth. “The STRIKE 1 is a great blinder, but I also use it quite often as a mood light because of the tungsten-like warmth it adds to the stage, even though it’s an LED light,” said SJ. “This adds dimensionality to the stage.”

SJ kept his color schemes simple, relying on the warm light from the STRIKE 1 fixtures to create an immersive environment. “Our client wanted the show to tell a story and have the feelings evoked by the music evolve over time,” he said. “We went with simple color schemes to start, primarily one color, then as the performance moved forward we introduced more palettes to complement the mood of the music.”

Busking the entire lightshow so it flowed with the moods conveyed by the performance, SJ kept the focus clearly on the world-famous Punjabi singer/writer/actor and the other artists on stage. “The lighting was there to complement the performance, not distract from it,” he said. “Everything was based around putting Harbhajan Mann and the band at the center of the audience’s attention.”

Harbhajan Mann’s resonant message is indeed what the Tin Rang World Tour is all about, but on this night in Birmingham it was aided in its transformative journey from soundtrack to live concert performance by the warm glow of a beautifully executed lightshow.