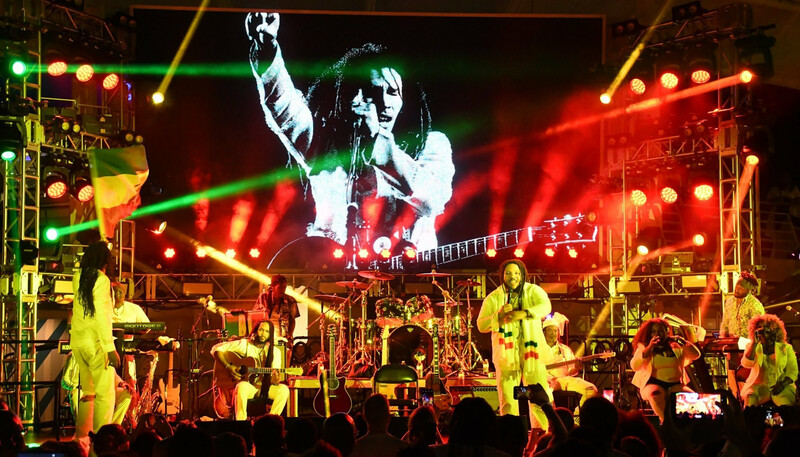 FORT LAUDERDALE – As someone who “grew up in reggae,” Nesta Garrick takes special pride and pleasure in lighting the Welcome to Jamrock Reggae Cruise, an annual December excursion that showcases many of the genre’s leading stars. But every year, the Jamaican-born LD disembarked from the floating festival’s ship with the same unfulfilled wish: he wanted an outdoor rated moving wash.

“I have been working on Jamrock for five years, going on six, and in that whole time I’ve asked myself ‘why can’t someone make a moving wash that’s IP rated?’” he said. “This is a five-day cruise, and every night we’d have to take our washes down, because it rains a lot at sea. Then, the next evening, we’d have to focus them manually, which was difficult given the short amount of time we had to set up.”

The owner of RAS Visuals & Lighting, Garrick was visiting LDI in 2018 when he came across the CHAUVET Professional Maverick Storm 1 Wash. “Right then I knew I found my answer,” he said. “I called Abbas Ritscher from The Design Oasis and asked if he had the Storm 1 Wash. He told me he did, so here we are!” 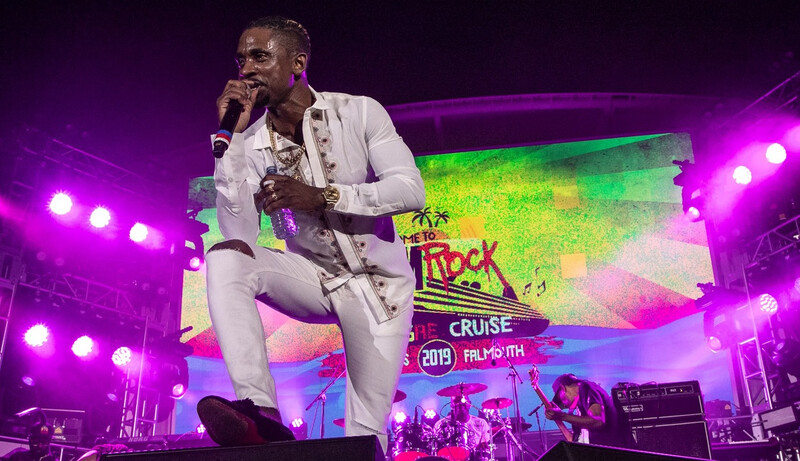 When the stately Independence of the Seas set sail in the Caribbean on Welcome to Jamrock Reggae Cruise 2019, reggae stars like Stephen “Ragga” Marley, Buju Banton, Popcaan and Taurus Riley were on board, so too were 12 Maverick Storm 1 Wash units, which like the rest of the fixtures in Garrick’s rig, were supplied and installed by The Design Oasis.

Although the issue of having to take down non-IP rated moving washes every night was resolved, Garrick had to contend with other challenges on board the vessel. Being a cruise ship, the Independence of the Seas had a large permanent video wall on its deck in the area where the festival stage was to be set up.

This configuration meant that Garrick and The Design Oasis team couldn’t build a rig with truss going across the stage, since this would block the video wall. Instead, they had to hang six Maverick Storm 1 Washes at a 45° angle on each side of the stage. The intense output of the fixtures allowed them to show up vividly against the big video wall as well as during performances that took place before sundown.

“We decided to build our rig around the stage and the video wall,” said Garrick. “Angling the fixtures, playing with their zoom, and relying on their output, allowed us to get some great looks.” 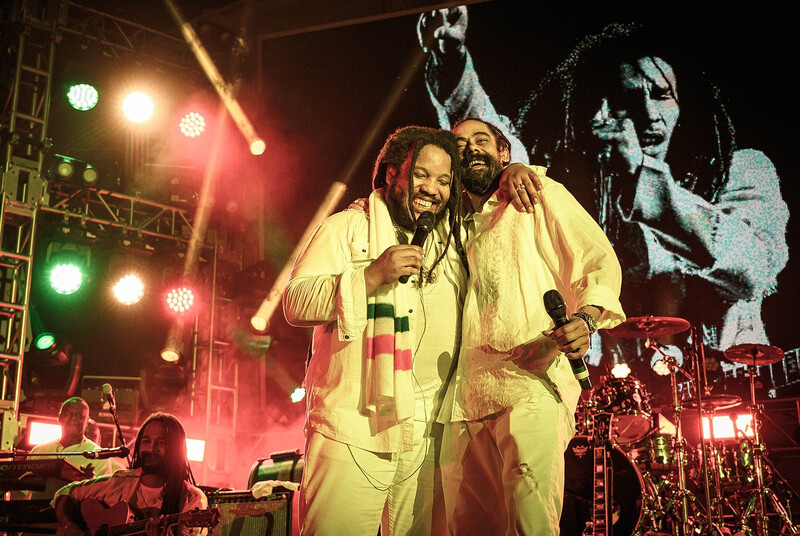 Directing light from the Maverick Storm 1 Wash fixtures in different directions, Garrick, who also programmed the show with Justin Casey, wove richly textured patterns of light behind the performers, providing an evocative background for their music. For some songs, washes from the Maverick units crisscrossed one another on stage to create a heightened sense of energy. To provide variety during the cruise, the patterns and coverage areas created with the Maverick fixtures were consistently changed.

Color was also critical to changing looks and moods on stage during the cruise. Garrick and his team relied on the RGBW LED Maverick Storm 1 Wash to cover the stage in a variety of hues, not only to provide visual variety, but also to reflect the spirit of different artists and their music. A collection of 16 COLORado 2-Quad Zoom Tour fixtures, hung on the ship’s balcony and used as key lighting, also aided in colorizing the stage.

“For the Stephen Marley and Buju Banton’s sets we used a lot of warm colors that went with the vibe that their brand of reggae music brings,” said Garrick. But because of the many different amazing reggae artists, from dancehall, reggae and roots, and R&B that appeared, we used a wide variety of colors to express the vibe and music from each performance. There were no limitations to creativity!”