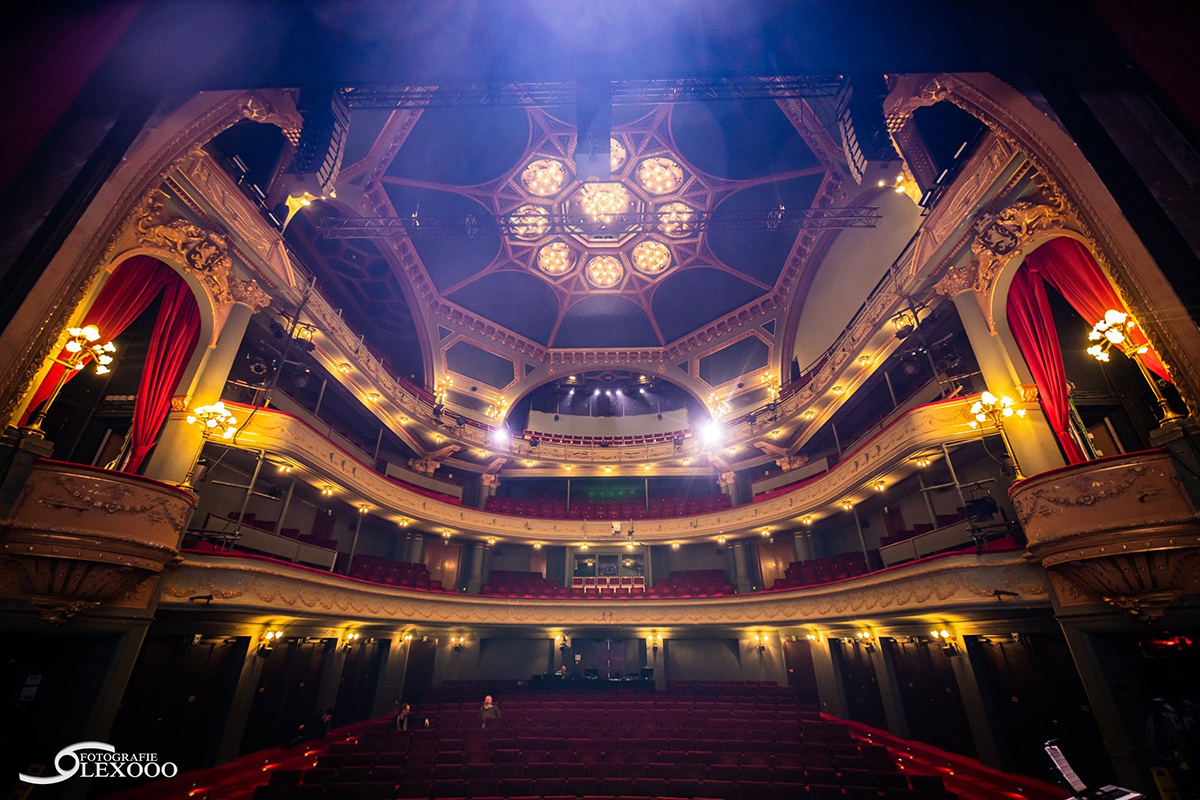 GHENT, BELGIUM – Passersby can’t help but notice, and be inspired by, the exterior of the Royal Dutch Theatre, home of the award-winning performance group Nederlands Toneel Gent (NTGent). Beyond its impressive architectural features, the stately 120 year old building moves visitors with its uplifting mosaic façade depicting Apollo and the Muses.

Recently, NTGent took steps to inspire creativity in the interior of the building as well, all while making the historic theatre more environmentally friendly, by installing a new LED lighting system that features CHAUVET Professional fixtures supplied by Sotesa.

“This project was reflective of the philosophy of Milo Rau, NTGent’s artistical leader, Patrick Martens, the coordinator of productions and technique, as well as the entire organization,” said theatre supplier Jan Hooyberghs of Sotesa. “One of the largest and most important performing art venues in Belgium and the Low Countries, NTGent is committed to serving as a medium between cultures and people by acting as a bridge between old and new, as well as between classic and mythological.”

“NT Gent has its own multi-cultural ensemble of performers and actors that tour internationally — not only from the obvious nations, but also to Iraq, the Congo and countries throughout the world,” continued Hooyberghs. “Although it has respect for the past, it is also open to new evolutions of today and the future.” 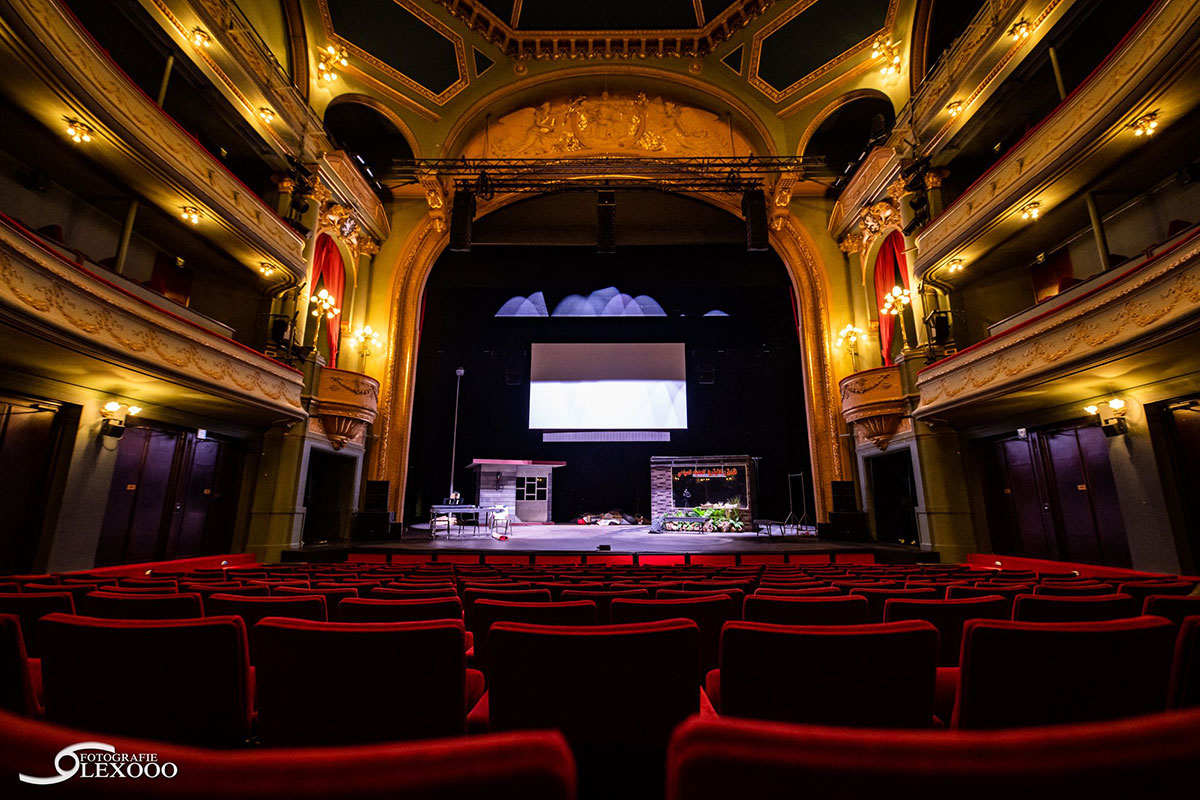 As a founding member of Greentrack and many other environmental initiatives, NTGent is also committed to advancing more sustainability in the performing arts. The organization also has its own ECO-team. Given its commitment to promoting versatility and sustainability, the decision to move to a versatile, energy-efficient LED lighting system made eminent sense. NTGent entrusted the process of making this happen to Hooyberghs, who has worked closely with the group in the past and shares it values.

The NTGent technicians and Hooyberghs selected 66 Ovation E-930VW ellipsoidal fixtures and 15 Ovation F-915VW Fresnel units for the installation. “Our decision was not based on budget, but quality,” said Hooyberghs. “The quality was not just with products, but also with people, with our mutual capacity for listening to customers, and with our shared desire to try to understand the clients’ goals.” 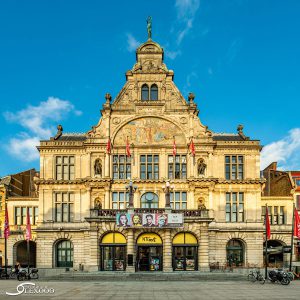 The Ovation fixtures are hung on fly bars, as well as from the sides and balconies of the theatre. They are used for front light and top light and to support a wide range of stage productions, including theatre, ballet, modern dance, and musical performances. Hooyberghs notes that the Ovation units will also go out on touring productions.

“We needed fixtures that would be equal to the extremely high quality productions this theatre makes and receives,” said. Hooyberghs. “We also needed to factor in the proximity of the fixtures to the audience. In some areas, they are so close, the audience can touch them, they need to be virtually silent as well. The Ovations were an obvious choice.”

For Hooyberghs, the Ovation LED theatrical fixtures are a game changer. “In the past, theatrical lights had the same color because of the gel and dimmed the same because of the dimmer,” he said. “Ovation fixtures don’t just replace incandescent, they outclass them. No more gels, no more bulbs, no more heat/light inefficiency. Instead, there’s higher output, more evenly balanced colors, tunable white and changing colors, uniformly dispersed light, and so much more. This endows our system with the flexibility needed to support the diverse range of performances by NTGent.

“I have worked with NTGent before, and we have complimentary points of view,” continued Hooyberghs. “They look at the big picture, view technicians equally as artists, and believe people are the true essence of performing arts. They aren’t looking for new products to produce old results; but rather, want to embrace the new with open arms. Chauvet Belgium allowed me to exceed NTGent’s expectations, because Chauvet also looks to what the client’s goals are and then deliver.”

With the implementation of the new lighting system at The Royal Dutch Theatre, Apollo and the Muses aren’t limited to just the façade. Now they are also fully embodied by the lighting and performances within the theatre.