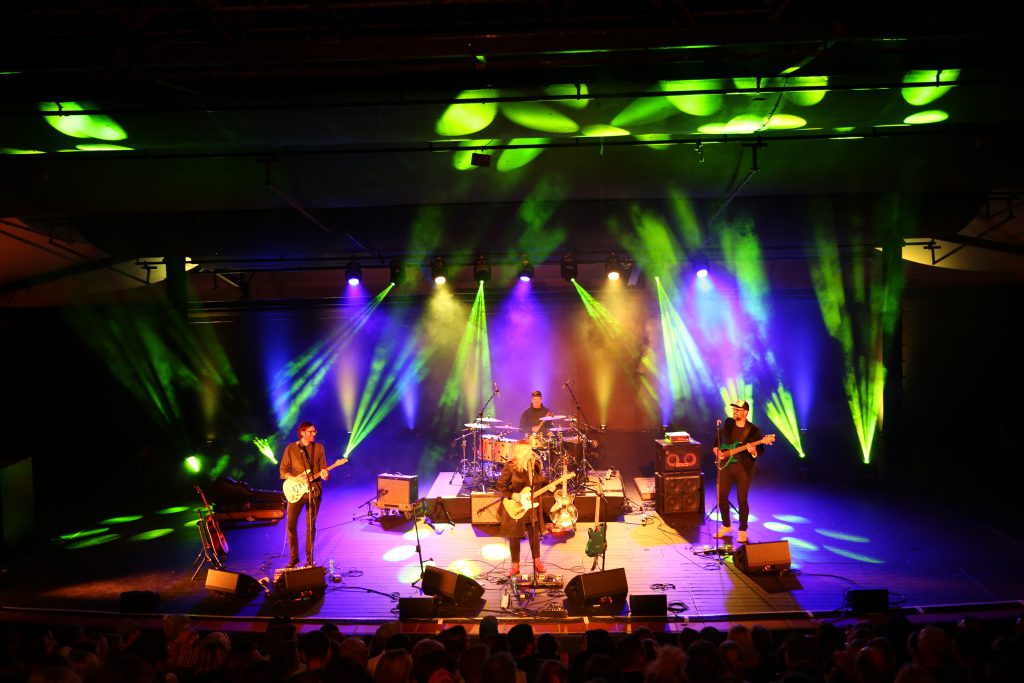 STELLENBOSCH, SOUTH AFRICA – Like the magical aura that surrounds her homeland, the music of Karen Zoid defies neat and easy description. Moving seamlessly between English and Afrikaans, it pushes boundaries with a ferocious intensity in one song, then pulls at the heart with its sentimental yearning the next. Keeping pace with the top-selling SONY recording artist during her recent show at the Spier Amphitheatre was a JP Willson-designed lightshow that featured CHAUVET Professional Rogue R2 Wash fixtures.

“A Karen Zoid concert covers a wide range of emotions and musical moods,” said Willson, owner of Unfazed Productions, which supplied the gear for the outdoor show, which was produced by Charl van Heyningen of CVH Enterprises. “The setting here in Stellenbosch is very evocative, with a river running next to the amphitheatre and the mountains in the background. It’s perfect for a South African summer, which is of course winter in the Northern Hemisphere. Our goal was to accent the surroundings and reflect the spirit of the music, which the Rogues helped us do with their deeply saturated color washes.”

Willson used 11 Rogue R2 Wash fixtures in his Karen Zoid rig, flying five of them across upstage truss for down washing and arranging six on the deck for aerial wash effects. “Projecting washes in the air on a warm evening set a very evocative mood,” he said. “The output of the Rogues meant we had no trouble having the aerial washes stand out, even in a good-sized venue.”

The Rogue R2 Wash’s wide zoom range of 12° to 49° helped Willson change the look on stage. At times, he focused all five overhead washes tightly on Zoid as she performed in the middle of the stage, as if to accent her unique place in South African music. At other points, he opted for a more diffuse wash, bathing the stage in soft pastels to reflect the emotional pull of a song.

Color washing was also provided by the 12 CHAUVET DJ SlimPAR 64 RGB fixtures in the rig. “We used the SlimPARs to fill in every area of the stage with color,” said Willson.

Adding extra pop to Willson’s lightshow were ten CHAUVET DJ Intimidator Hybrid 140SR spot/beam fixtures, four of which he flew with the Rogue units, while arranging the remainder on the stage deck in an arc behind the band. Drawing on the Intimidator fixture’s dual gobo wheels, Willson endowed the stage with a greater sense of depth by creating aerial projections.

Willson also used the hybrid units for crowd lighting, enhancing the connection between the artist and her audience. This connection between Zoid and her legion of fans in general is so strong that many in South Africa refer to people of a certain age group as being part of the “Zoid Generation.” Other critics have referred to the singer as “The Queen of South African Rock.” On this warm evening during the country’s summer, the queen was indeed supported by a royally good lightshow. 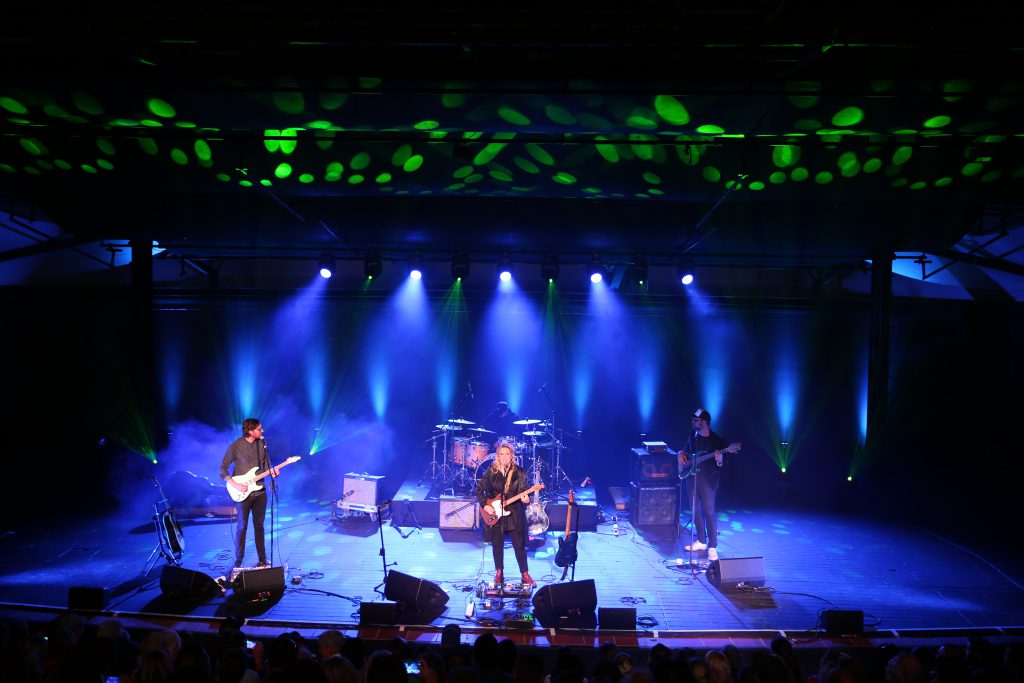