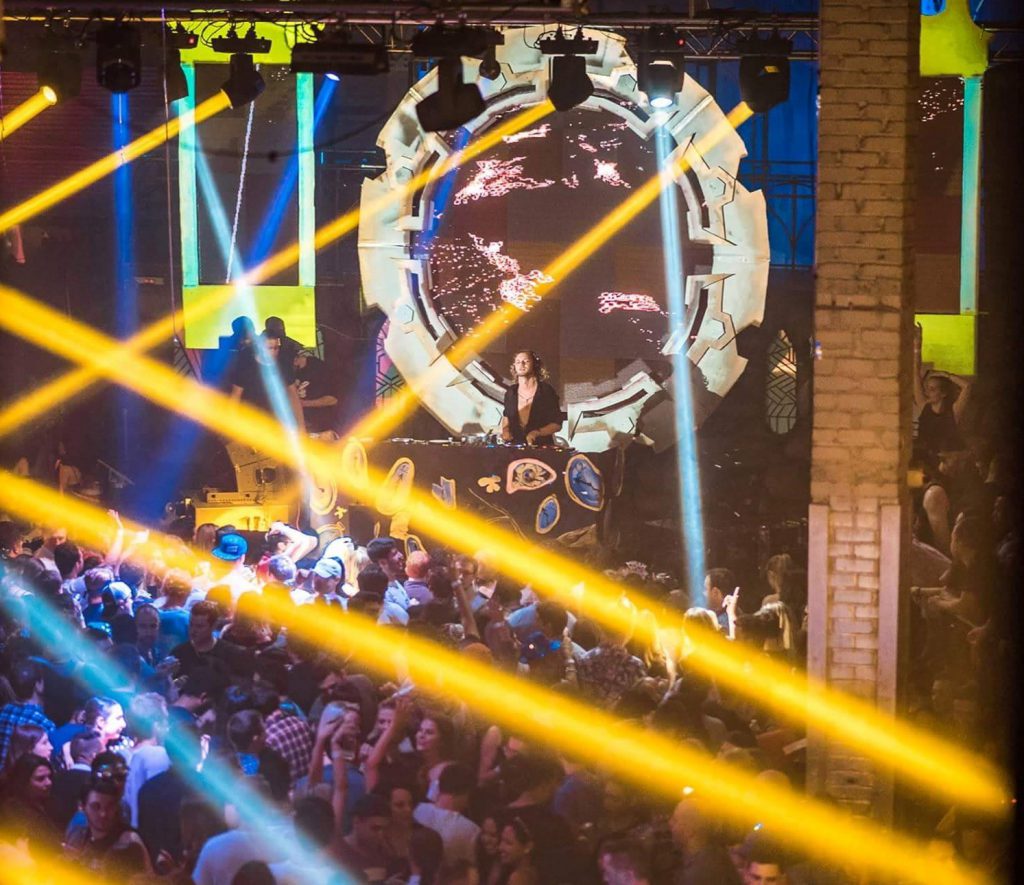 NEW YORK – From the outside, the graffiti-marked red brick building at 485 Johnson Avenue looks like just another old Brooklyn warehouse. Inside, though, the cavernous 30,000 square foot structure, with its 30’ high ceilings and Funktion-One sound system, provides an ideal setting for the kind of intense warehouse party/concerts that define nightlife in New York’s boroughs. In fact, the site is so popular, that this NYE weekend it housed two bashes: Get Real with house tech funk icons Claude VonStroke and Green Velvet DJs on December 29 and the BangON!NYC party featuring Thomas Jack and The Him on December 31.

However, each show presented a very unique face to fans, thanks in large measure to Lavoie and Betournay’s adroit rigging of PVP LED video panels on different configured truss structures made with Chauvet’s TRUSST products.  “We ran the totality of the panels for Get Real on night one as a large rectangle, and sent the feed from the Chauvet VIP Driver,” said Lavoie. “We then rebuilt the wall quite easily for the BangON!NYC event on the second night.” 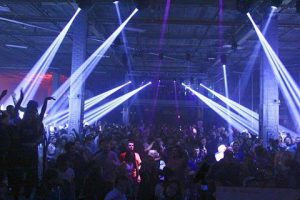 On night one, the rectangular rig helped focus eyes on the center stage. For the second night the LDs added an extras sense of depth to stage for the BangON!NYC party. They did this by building a custom overlay with an arch in three separate sections.  The second night structure held 64 video panels with 10 rigging points.  (Night two also included a second stage that had a ground stacked 4×2 panel video wall.)

“The TRUSST and the video panels were easy to take down and rebuild after Get Real for the BangON!NYC event,” said Lavoie.  “We appreciated the flexibility that this gave us.  By reconfiguring the rigging, we were able to give the venue a different look on the two nights, while still keeping the essence of the lightshow from one concert to the next. The only thing that was rebuilt for the second show was the PVP video wall.”

Lavoie and Betournay worked magic throughout the two nights, creating a seemingly endless array of looks that made each show stand out on its own terms, while still giving them a shared essence. To accomplish this they relied on a rig that featured 16 Rogue R2 Beam, 8 Rogue R2 Spot and 12 Rogue R1 Wash fixtures, as well as two Amhaze II hazers and a CHAUVET DJ Hurricane 1800 Flex fogger to work this magic. For site lighting, they used CHAUVET DJ EZ Wedge Tri and SlimPAR fixtures.

Although the position of the CHAUVET Professional lighting fixtures was not changed from one night to the next, the looks those lights created varied considerably to reflect the tone of each show. “The goal for the room’s energy was different each night, which led us to do completely different lightshow and design files,” said Lavoie. “For Get Real we sought an industrial dark vibe by using blue and purple dark eerie beams to bring out industrial space.  Lighting for BangON!NYC was more colorful and faster, because we wanted to match the NYE vibe and because Thomas Jack is one of the leading tropical house DJs. However the essence of the two shows shared a lot in common.”

According to Lavoie, the Chauvet fixtures helped the LDs navigate their way around limited power draw at the warehouse. “This is a great facility, but there are a lot of power constraints here,” he said. “The power supply is somewhat limited.”

Limited power? Perhaps from an electrical standpoint, but on this NYE weekend, there was no shortage of energy when it came to the crowd, the music and the high octane lighting. 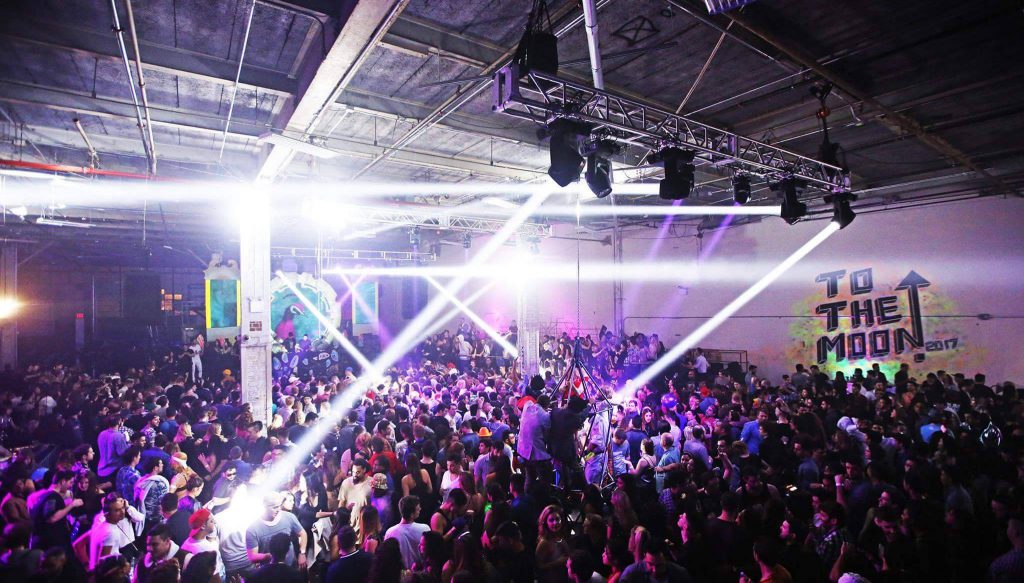