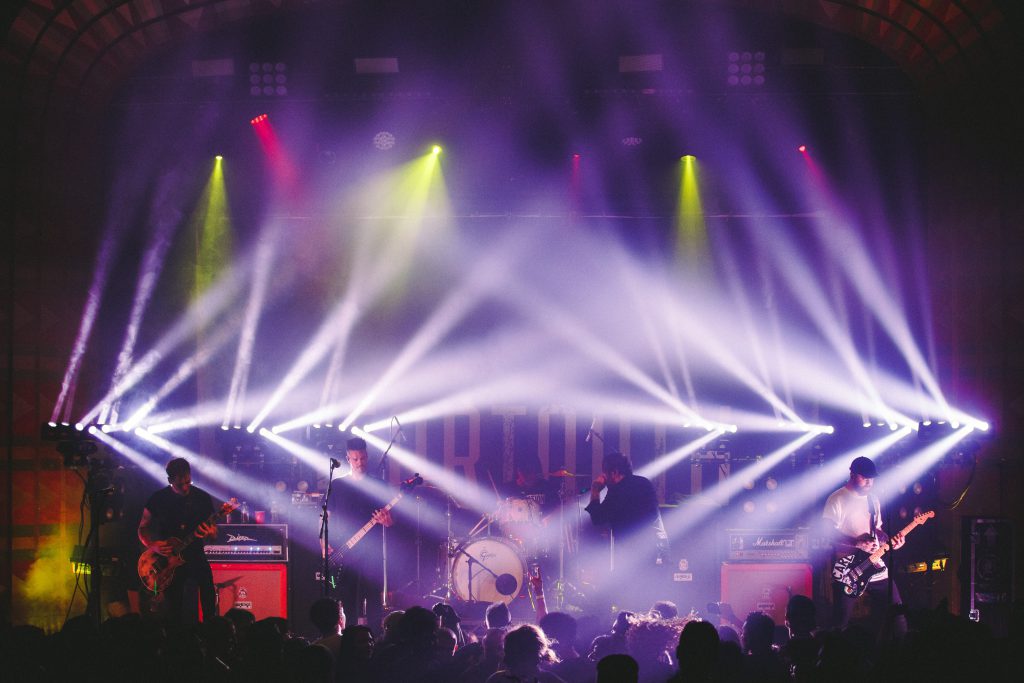 NEW YORK – Founded by former Attack Attack! star Caleb Shomo, hard driving rockers Beartooth have been making waves with their unfettered blend of punk and metalcore. Free of the electronic accoutrements that accompany many metal acts, the band moves quickly and uninhibitedly from cool poppy hooks to slinky hardcore riffs and two-steps to serve up a lusty array of pure hardcore sounds. On their current national tour in support of their Red Bull Records album Aggressive, the group is supported note for thrashing note by a multi-faceted lightshow anchored by CHAUVET Professional Rogue R1 FX-B fixtures. 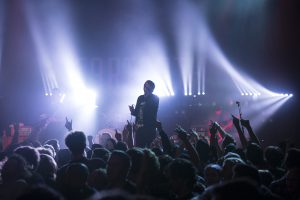 Lighting designer Victor Zeiser of Squeek Lights links eight of the Rogue fixtures via DMX and positions them in a straight line on four 5’ towers that run across the upstage deck behind the band. Below the Rogue R1 FX-B fixtures on the towers are blinders pointed at the audience. These fixtures work with strobes pointed at cycs and four linear bars to give the hard driving quartet powerful lighting support.

“We’re able to create a pretty endless variety of looks with this rig, using the Rogue R1 FX-B as the foundation,” said Zeiser. “The Rogues are the star of my show. For this design, I really wanted to get the FX-Bs in a straight line right at head height, so they could serve as the foundation for my different looks. The Rogues are great in all the venues that the tour hits. The low power draw is great in small rooms, but with 40 individual punchy beams of light from my eight Rogues, I can fill any venue with light.” 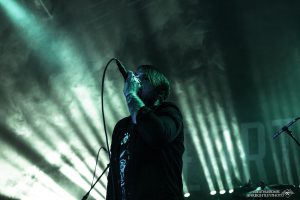 Being able to tilt each individual LED pod on the Rogue units has been especially important to Zeiser’s ability to create varied looks on the Aggressive tour. “The individual tilt makes the FX-B like no other fixture on the market,” he said. “We’re looking at the UK leg of our tour now, and some vendors are trying to sub other blade fixtures for the FX-B — but it’s like ‘if I can’t fan the pixels out, I don’t have a show!’ When you point the Rogues all to the crowd and run a sin-wave effect on the tilt, it’s really fantastic.”

Zeiser is keeping colors in his Aggressive tour lightshow relatively simple, sticking 90 percent of the time to shades of white and green.  Instead, he is relying on rapid and very varied movements from the Rogue R1 FX-Bs, along with strobing and silhouettes, to reflect his client’s music. 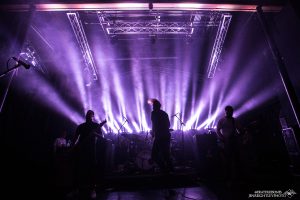 We have a very healthy amount of quick movements, mole pops and strobe silhouettes to create an aggressive feel,” he said. “At the same time, though, I try to keep it from being visually exhausting as that kind of music is frequently cued.”

In keeping with the pure straightforward nature of Beartooth’s music, preparing the Aggressive tour’s lighting rig was uncomplicated, according to Zeiser. “This one was surprisingly smooth,” he said. “We proposed an idea to the band a few months out, and they got me the song list really far out so I was able to program the tour during my slow season. My time with the actual rig was very limited before their pre-production day, as I was taking a few days off from another tour to tech this one.  My project manager Steve Kosiba had the rig ready to go for me when I got back to NYC, which was a big help. I think we were able to capture what this group and its music are all about.” 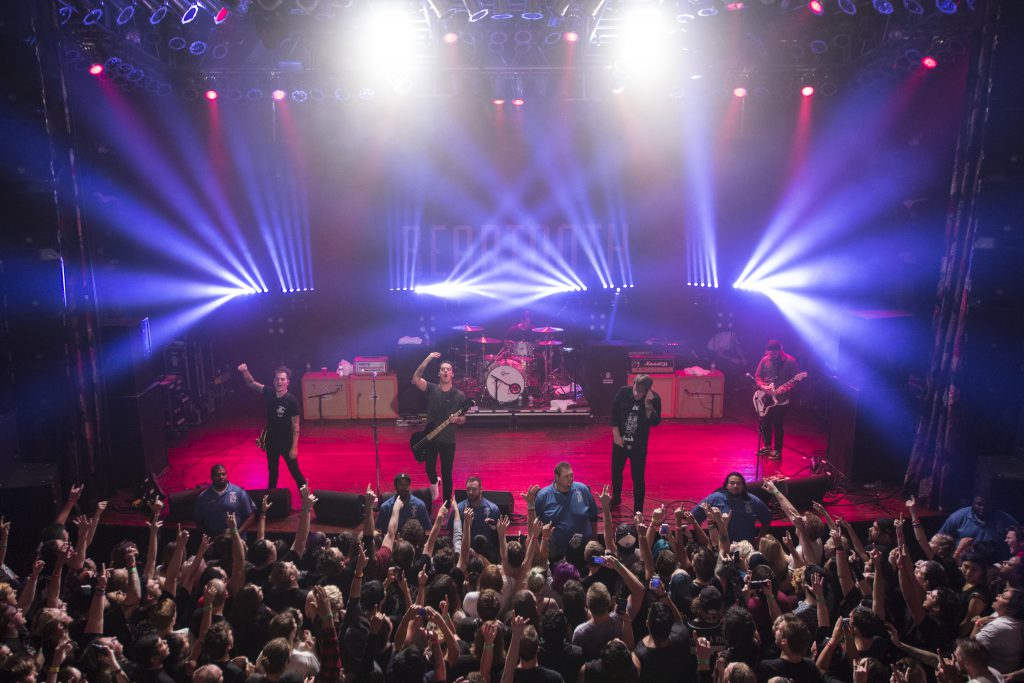 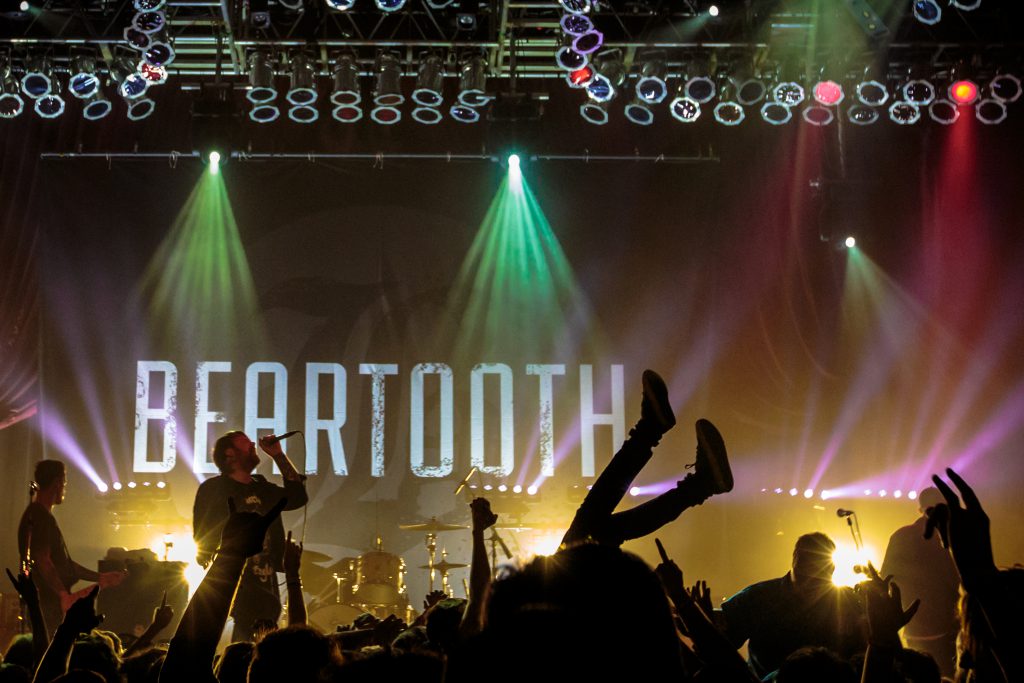 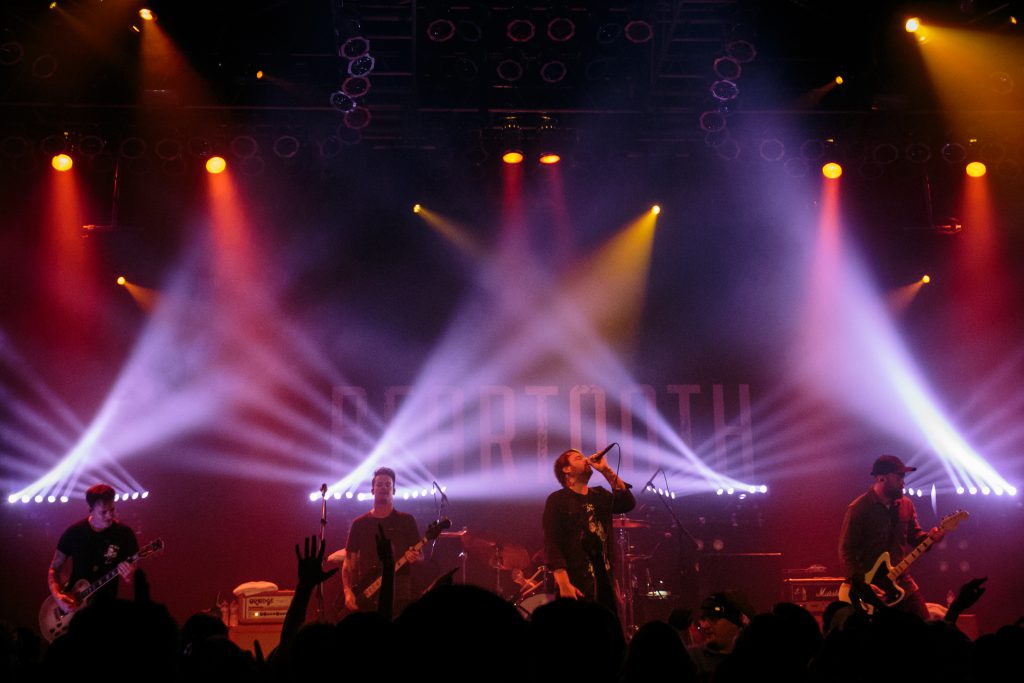 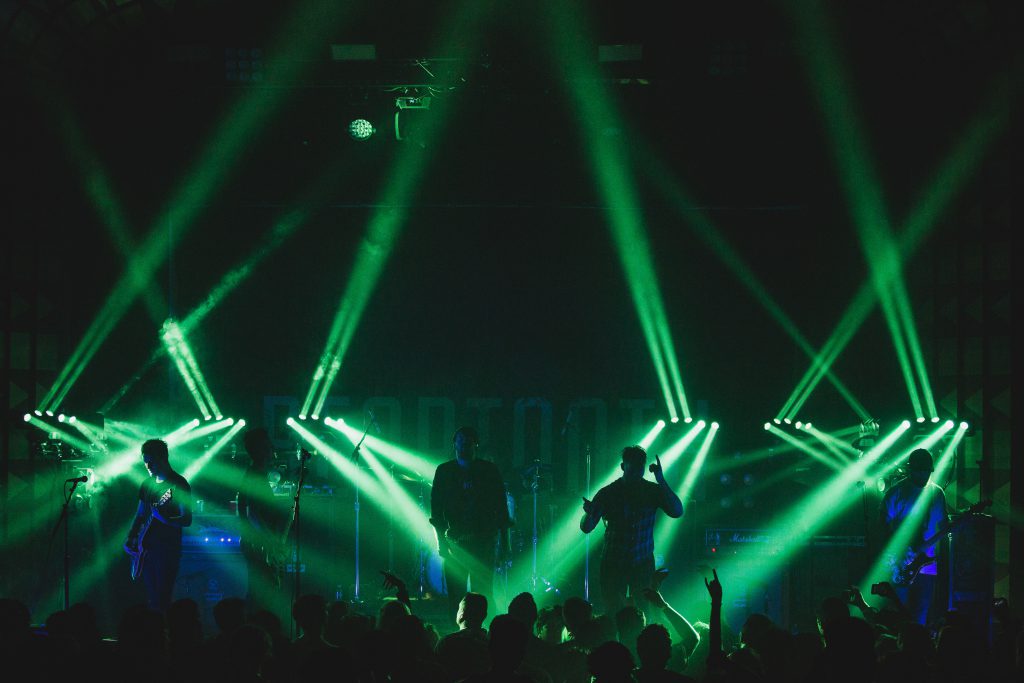 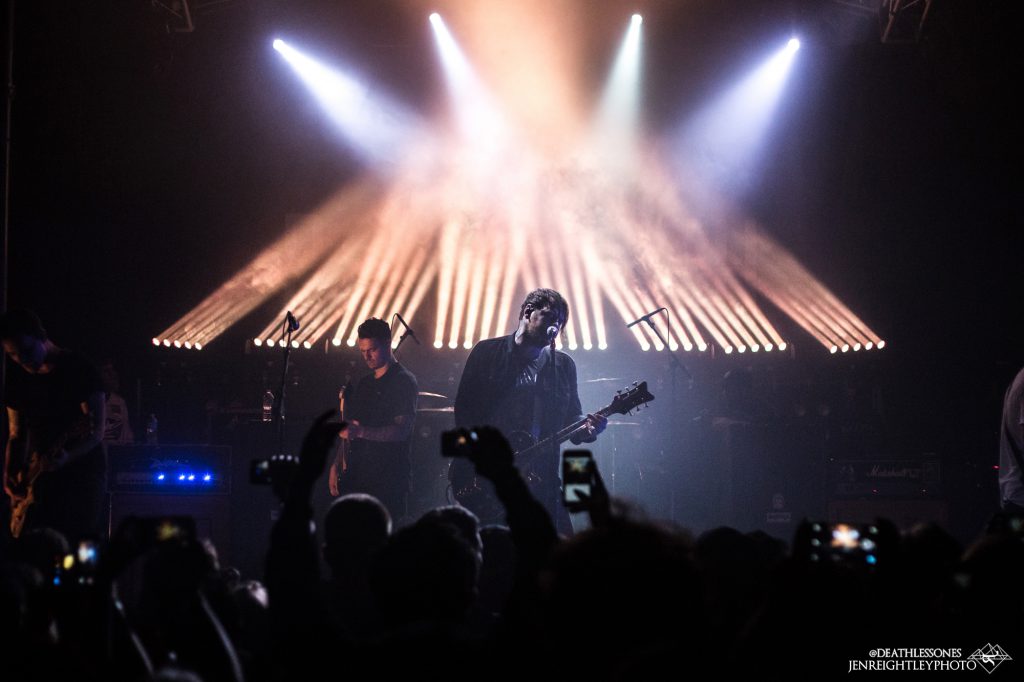