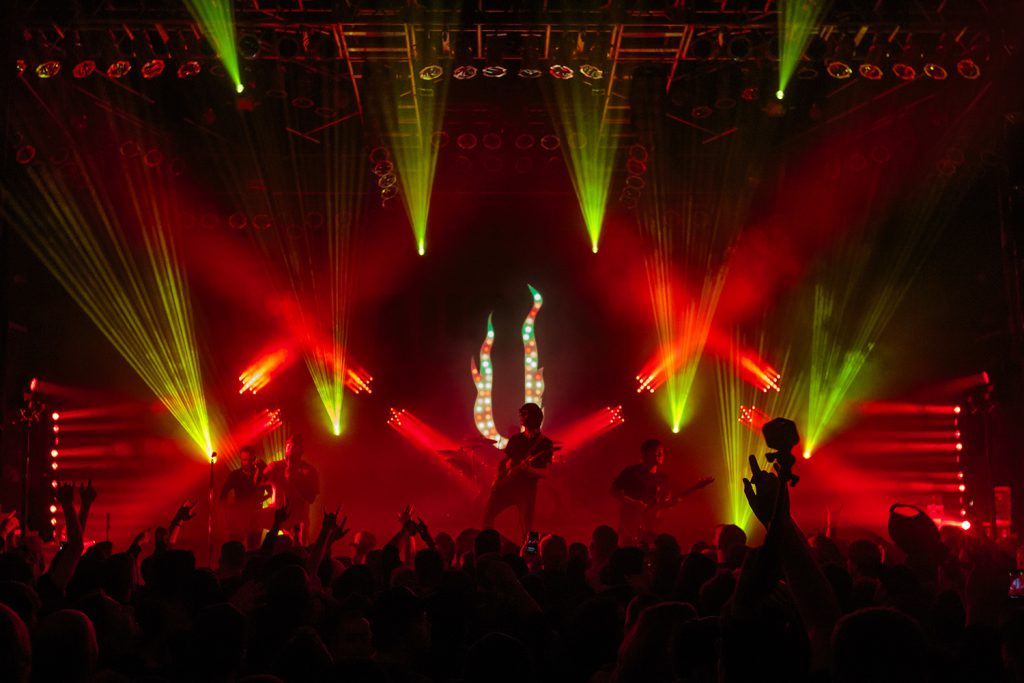 NEW YORK  – Grammy-nominated August Burns Red kicked off its winter tour on January 5 in support of its seventh studio album Phantom Anthem. From Montreal, where the tour began, to the House of Blues in San Diego and everyplace in between, fans are packing venues to immerse themselves in the band’s raw and powerful brand of metal-tinged music. They aren’t leaving disappointed either, not just as a result of the group’s thunderous sound, but also because of the deep transformative lightshow designed by LD Victor Zeiser of Squeek Lights.

Working with his lighting director Dave Summers, Zeiser has created a seamless flow of big multi-faceted looks that draw audiences into the captivating music of his client. Impressively, he and Summers conjure up this magnetic visual aura with a relatively small rig anchored by CHAUVET Professional Rogue fixtures. 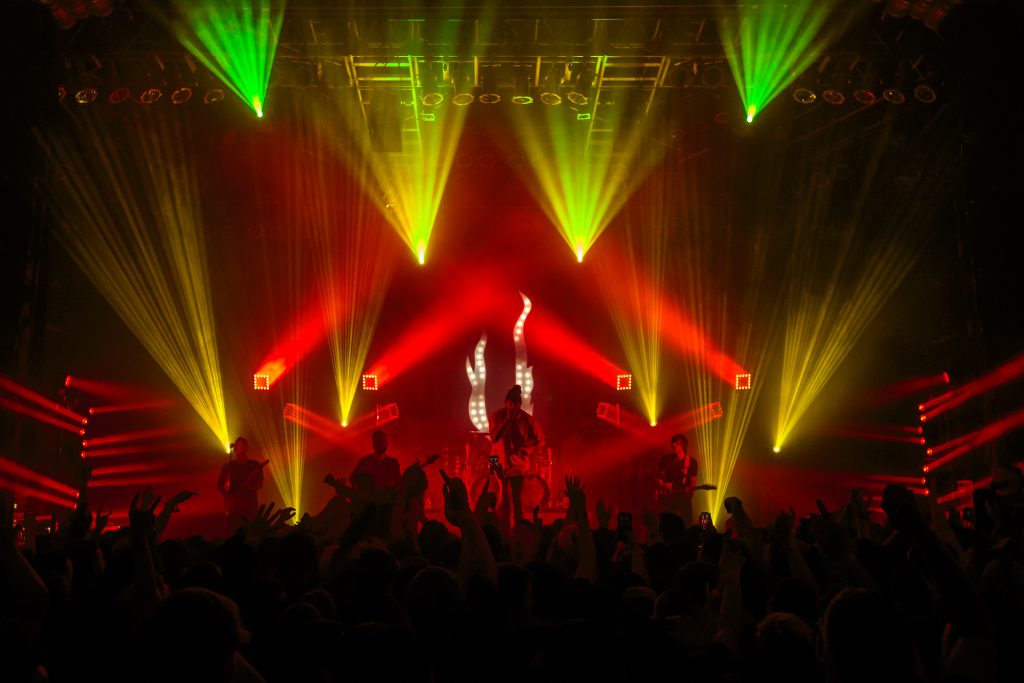 “We have six Rogue RH1 Hybrids, four Rogue R1 Washes and three Rogue R1 FX-Bs, along with four NEXT NXT-1s and some strobes, that’s about it,” said Zeiser. “We applied the same design aesthetics to the rig as we have in the past, but we wanted to add new fixtures and new looks to keep things fresh. The band was excited by the demo we gave them of the RH1, and they were gung-ho about incorporating this fixture into the rig for their tour, so it became a big part of our design.”

That design is described by Zeiser as “hard hitting,” with continuous movement, variations between spot and beam displays, and transitions from beam heavy looks to layers of texture. Like the music of August Burns Red, which at times will depart from its traditional metal sound to incorporate other influences, the lightshow avoids predictable patterns. 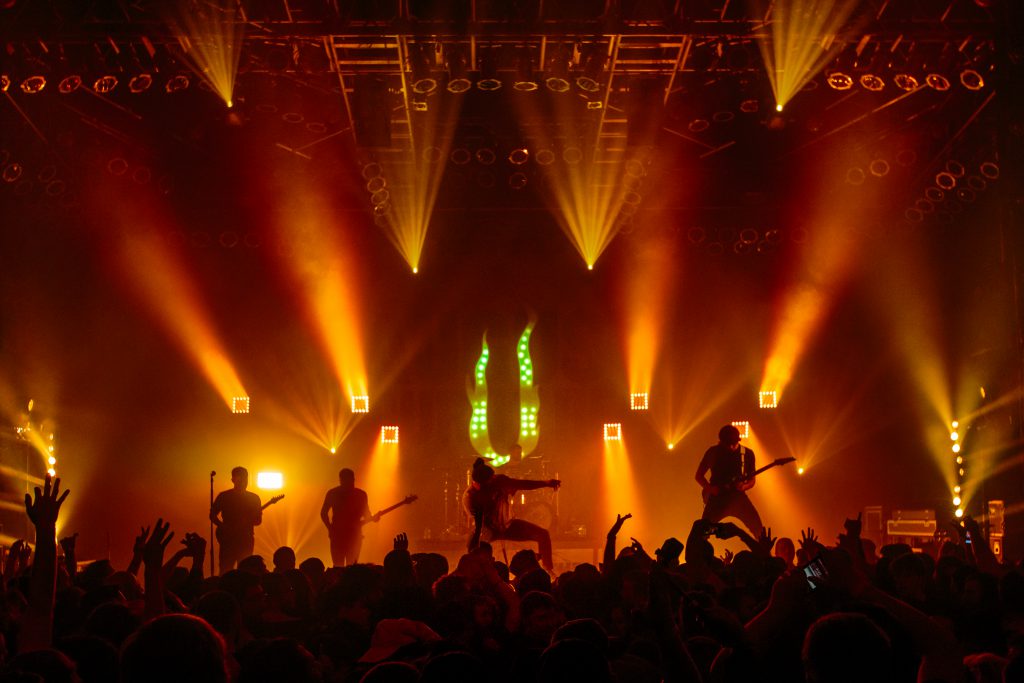 “Dave has been great at flowing with the music,” said Zeiser. “He loves the variety of the looks he can get out of the RH1s. I think he’s using them an equal amount of time in beam mode and blown out spot mode. He’s also using them with a combination of the prisms. Another thing we like is the nice interplay between the narrow beams from the NXT-1 and the wider light from the RH1s. They complement each other very well.” 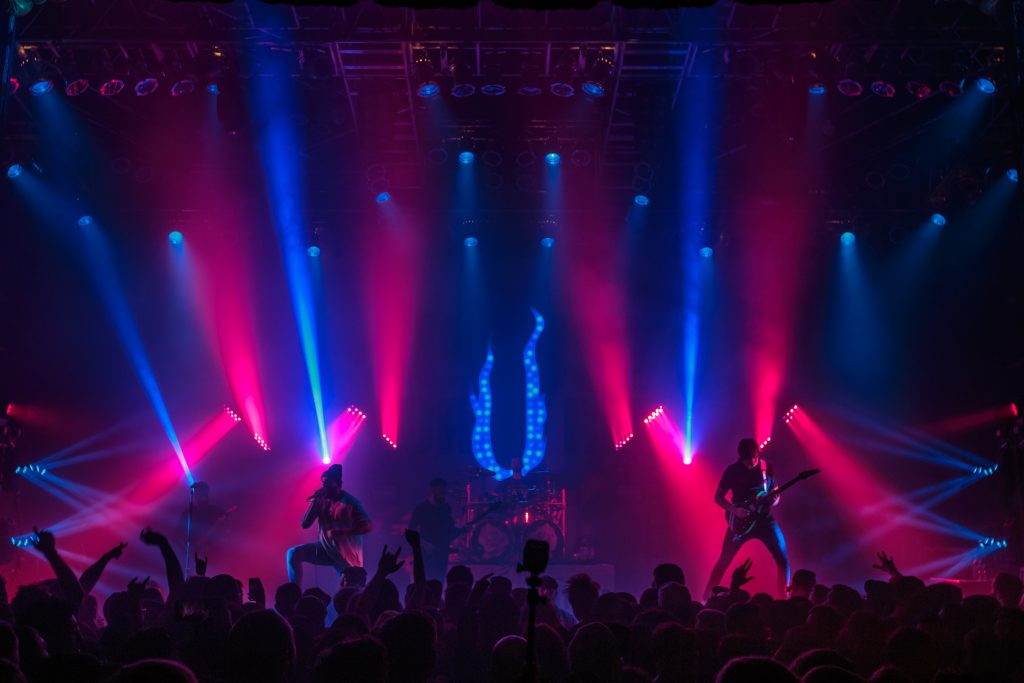 Zeiser’s design calls for two Rogue R1 Wash fixtures and two Rogue R1 FX-B units to be hung on truss located to either side of the stage. The RGBW washes are used to sidelight the band members and work in coordination with the NEXT NXT-1 and Rogue RH1 Hybrid fixtures to envelop the stage in deeply saturated colors, creating a surreal effect.

Adding impact at key moments and engaging the crowd with audience lighting are the four Rogue R1 FX-B fixtures. “We use the FX-Bs to crisscross the stage with narrow beams. This plays off nicely against the washes,” said Zeiser. “The FX-Bs were part of our show on the last August Burns Red tour, but since the band responded to them so positively that time, we decided to sneak them in this year along with all of the new things we have on our rig.”

Also new this year is a stunning set piece that sits upstage just off the drum riser. Designed by Carson Slovack, it’s a replica of the band’s Phantom Anthem album cover logo. In its center, giving it a captivating illuminance, is a collection of CHAUVET DJ Festoon fixtures. It is one of the many things about this lighting/stage design that, like the music of August Burns Red, burnishes itself into the memory. 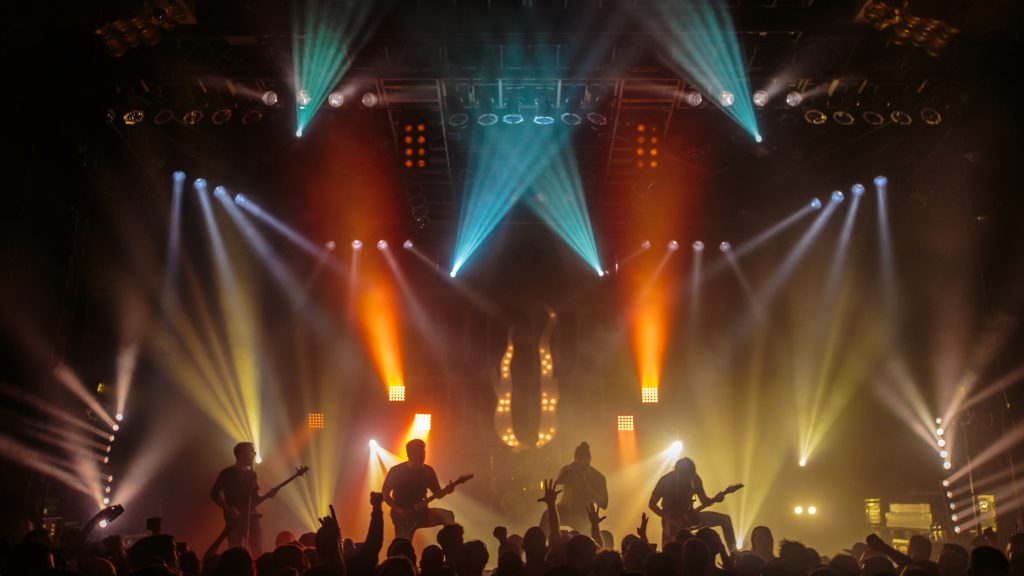